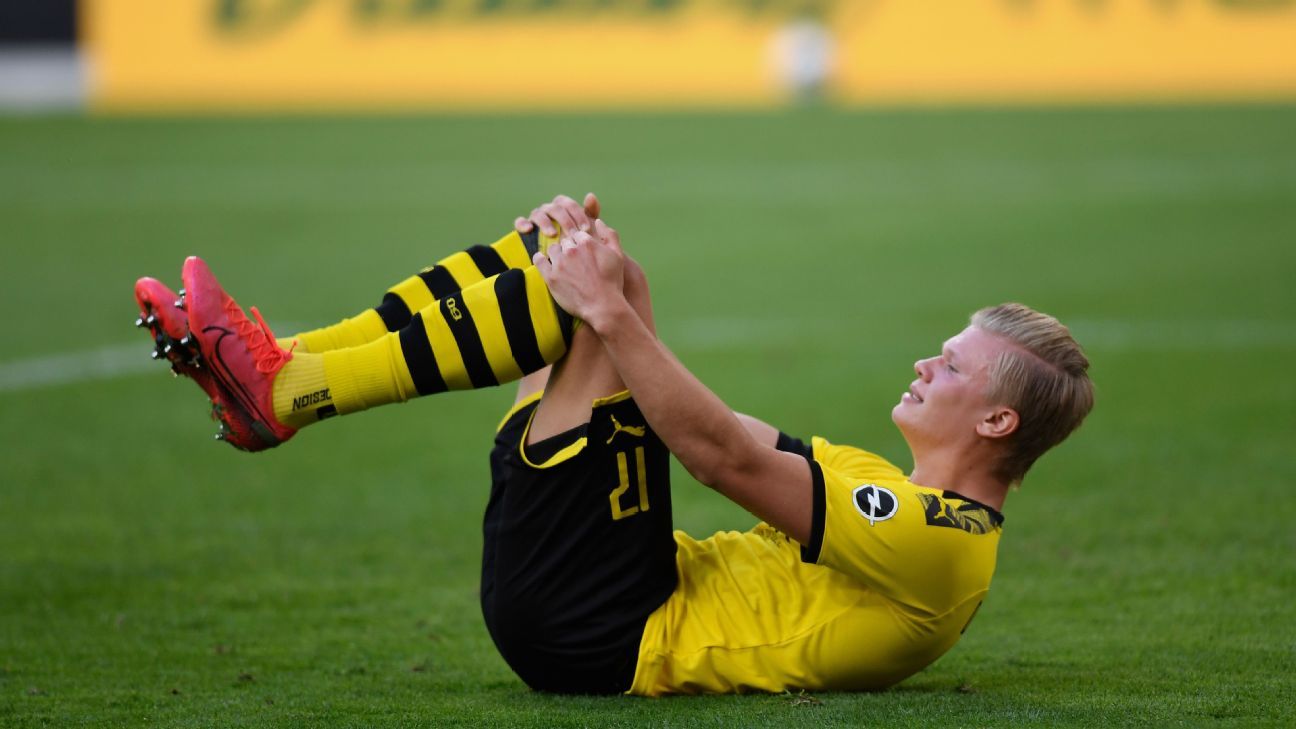 Borussia Dortmund‘s prolific teenage striker Erling Haaland will miss their next Bundesliga match at Paderborn while Mo Dahoud has been ruled out for the rest of the season just as he was finding his form, coach Lucien Favre said on Friday.

Haaland, who has scored 10 goals in 11 Bundesliga appearances since his move from Salzburg in January, has a knee problem while Dahoud as an “unspecified knee injury,” Favre told reporters ahead of Sunday’s game away to the Bundesliga’s bottom-placed side.

Second-placed Dortmund have dropped seven points behind leaders Bayern Munich after their 1-0 home defeat against them on Tuesday.

Dahoud has started all three games since the Bundesliga resumed following the coronavirus stoppage and had appeared to be gaining in confidence.

“Each player needs confidence and Mo played better in Wolfsburg and better against Bayern … it’s a question of match practice and confidence,” Favre said.

Favre said he was not disappointed with the performance against Bayern, despite the result, while sports director Michael Zorc said that the lack of fans in the stadium affected the team.

“Home advantage is lost without the spectators nearby,” he said. “Of course, I would have liked to have had our fans on Tuesday. If we had played with the 1-0 deficit in the second half towards the Subtribune, a lot more would have been possible.”