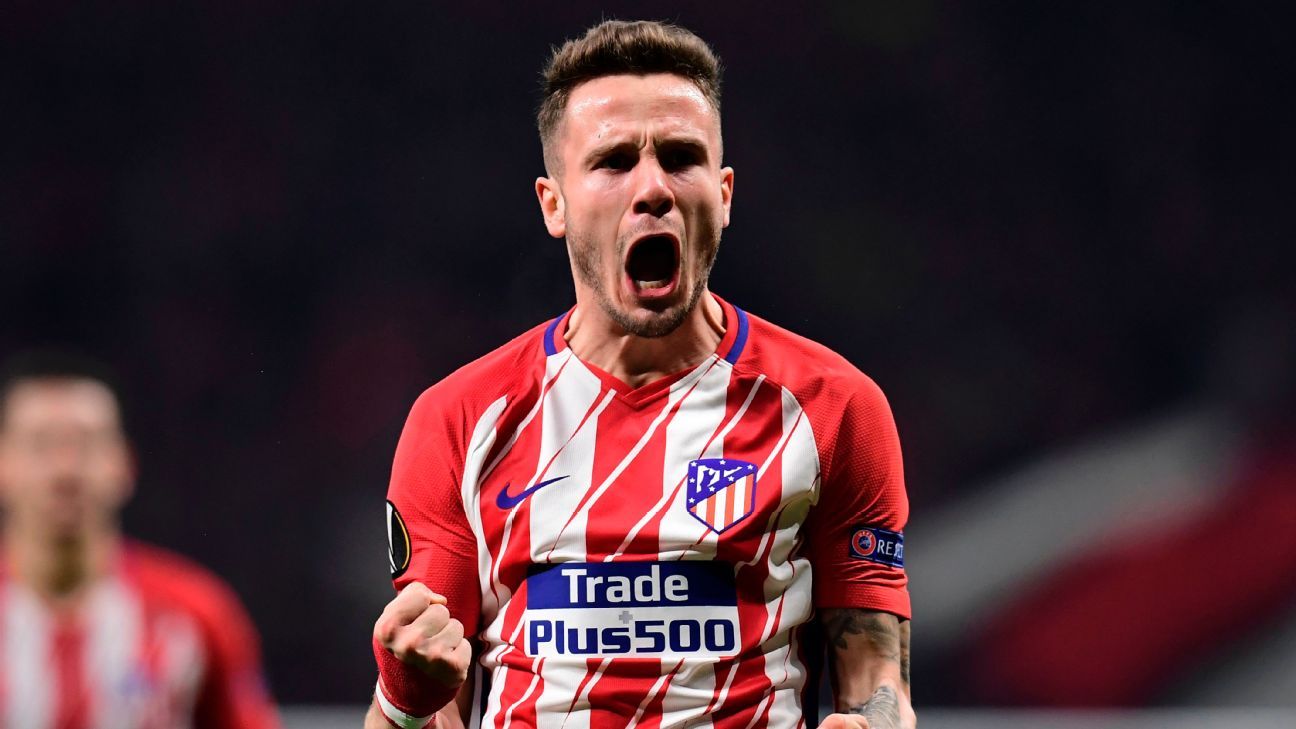 
Atletico Madrid put one foot in the Europa League quarterfinals as they outclassed Lokomotiv Moscow 3-0 at the Wanda Metropolitano on Thursday.

A stunning first-half strike from Saul Niguez and second-half efforts from Diego Costa and Koke were enough for Los Rojiblancos, who were better than their visitors in every department all night, and truth be told they could have had a few more. Nobody but nobody will want to draw Atleti in this tournament, and they must surely be favourites to go on and lift the trophy now.

This is more like it. Back to the swashbuckling, free-flowing, attacking football of recent weeks. Perhaps the best part about the win was the fact that Antoine Griezmann did not play well but the team did not miss him.

If they had played like this against Barcelona last weekend, they could well have beaten them.

8 — Diego Simeone appeared to learn from his tactical mistakes and sent his side out to attack, and they did just that.

GK Axel Werner, 6 — Could not have wished for an easier debut. Showed safe hands from a couple of long-range efforts but was largely untested.

DF Juanfran, 8 — Up and down the right-hand side like a Duracell bunny. Will claim the assist for Saul’s goal, albeit that was more to do with luck, however picked out Koke with a perfect pull-back to seal the win.

DF Jose Maria Gimenez, 6 — Did not have too much to do in a defensive sense, but dealt with what he needed to with the minimum of fuss.

DF Lucas Hernandez, 7 — See above. The youngster is pressing Diego Godin for a regular starting berth, and while he did not have to excel on the night, he won a couple of important headers late on.

DF Filipe Luis, 7 — Non-stop down the left. After a nervous display against Barca, this was more like it. His directness and quality is key for this side.

MF Koke, 7 — Captain for the night, capped a skipper’s display with a late third to all but kill the tie and seal a place in the last eight.

MF Thomas Partey, 7 — Solid in the middle of the park in a defensive sense and also started the move that led to the second goal with a nice interception.

MF Saul Niguez, 9 — From Eindhoven to Leverkusen, Leicester, Copenhagen and plenty more in Madrid, Saul saves his best for European nights and unleashed an absolute stunner to get the ball rolling. His precise cross then led to Costa’s goal, too. Brilliant.

MF Angel Correa, 5 — Direct and willing, however not his night. Tried a lot but not much of it came off. Subbed with just under 20 to go.

FW Antoine Griezmann, 5 — Another who looked a bit off, albeit not for the want of trying. Missed a tough chance as he tenaciously chased down the keeper, tackled him but fired wide when you would expect him to score. Again, probably should have scored but scuffed his shot, albeit Costa fired in the rebound.

FW Diego Costa, 7 — Showed his predatory instincts as he fired in from close range and should have had a penalty when his shot was blocked by a Lokomotiv hand, too.

MF Vitolo, 6 — His directness looked threatened initially when he came on with half an hour to go, but the final ball was somewhat lacking.

FW Kevin Gameiro, NR — On for the final 15, but with Atleti cruising, did not see much of the ball in the attacking positions he needs to thrive.

FW Fernando Torres, NR — See above. Looked frustrated at full-time and might have hoped to have come on earlier.