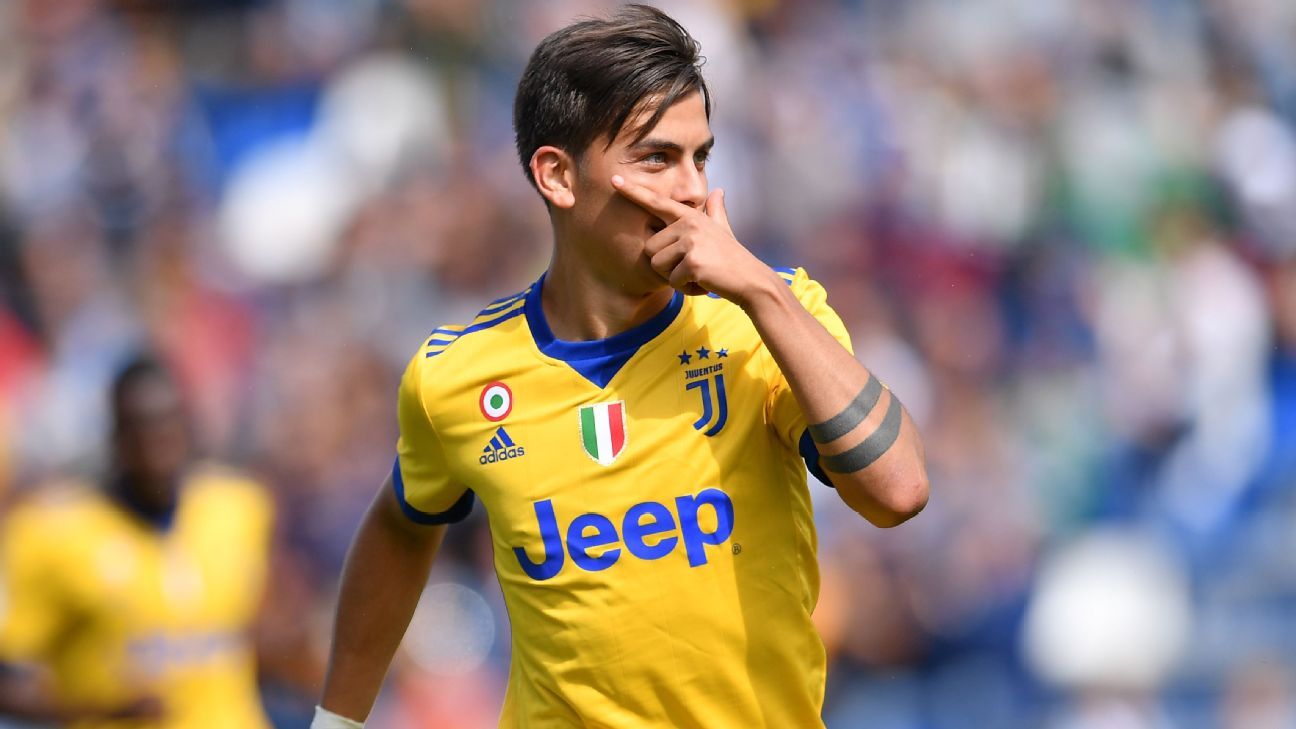 
Paulo Dybala scored a hat-trick in his 100th game for Juventus as they beat Sassuolo 3-1 to return to the top of the Serie A table.

The Argentina forward opened the scoring with a brilliant effort from range – his 50th goal for the club – before notching twice in the second half to put the game beyond the reach of Sassuolo.

Sassuolo were given hope when Matteo Politano pulled one back just two minutes after Dybala’s second goal but Juve found another gear and eased to victory.

Massimiliano Allegri’s side have now won all four of their league games this season and sit top of the table, level on points with Inter Milan.

Juventus started brightly and had a great chance to break the deadlock in the 10th minute when Alex Sandro found Gonzalo Higuain in space in the middle of the area.

The former Real Madrid striker fired a shot towards the bottom corner from 10 yards but home goalkeeper Andrea Consigli got down well to keep it out and Francesco Acerbi was on hand to clear to safety.

But Juve did not have to wait long for the opener.

Mario Mandzukic burst down the left wing in the 16th minute before playing in Dybala, who sent his first-time shot curling into the net from 25 yards.

Sassuolo grew into the game as the first half wore on and had a number of chances to level things up but could not find a way past Gianluigi Buffon.

The veteran Italy goalkeeper slid out to deny Diego Falcinelli from close-range in the 27th minute but the linesman’s flag was raised anyway.

Buffon was called into action again six minutes later when Politano let fly from just outside the area but the shot was tame and dealt with easily by the 39-year-old shot-stopper.

A dangerous cross from Pol Lirola, on loan at Sassuolo from Juventus, caused confusion in the box in the 36th minute but no one in a Sassuolo shirt could get on the end of it.

Juventus flew out of the traps in the second period and doubled their advantage courtesy of another brilliant Dybala strike.

The 23-year-old stabbed the ball into the bottom corner from just inside the area after good work from Juan Cuadrado.

Sassuolo hit back almost immediately, however, when Politano bundled in from close range two minutes later after Claud Adjapong’s cross was scrambled into his path by Falcinelli.

But after Dybala had been brought down 22 yards from goal, he completed his hat-trick with the resulting free-kick, curling it past Consigli to score his 52nd goal for the club in the 63rd minute.

Juventus were denied a fourth seven minutes from the end when Cuadrado’s effort from the right side of the box was blocked by Adjapong.