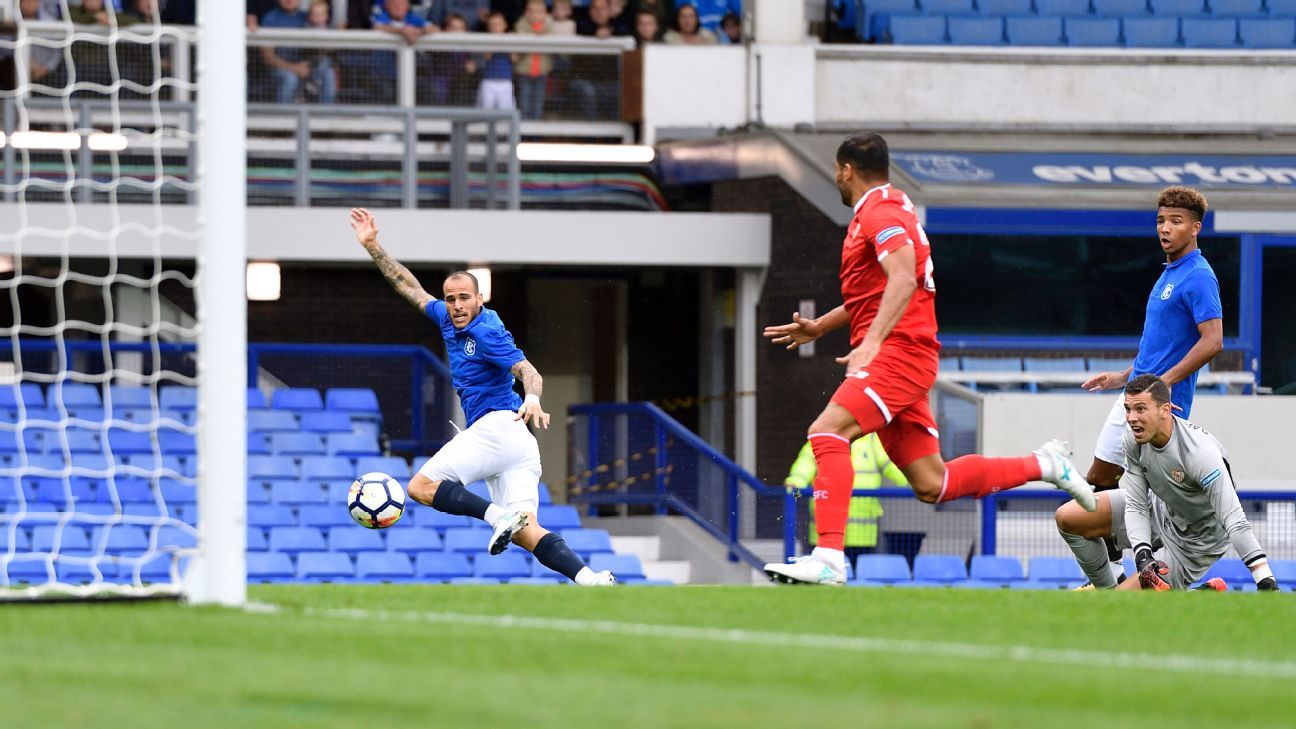 
Everton and Sevilla played out a 2-2 draw at Goodison Park.

It took just 34 seconds for the home side to take the lead when Tom Davies fed in Sandro Ramirez, who went round goalkeeper David Soria and fired into an empty net.

The La Liga side levelled just before the break when Joaquin Correa fed in Ever Banega to score, before Banega got a second from the spot after Gareth Barry had brought down Nolito.

But the Toffees hit back when Kevin Mirallas was felled in the area by Nicolas Pareja, the Belgium international picking himself up to score.

Elsewhere, Real Betis won 2-1 at Stuttgart, Hoffenheim lost 2-1 at home to Bologna, while Augsburg and PSV Eindhoven finished goalless. Wolfsburg were beaten 2-0 by Fiorentina and Espanyol drew 1-1 at Hamburg.