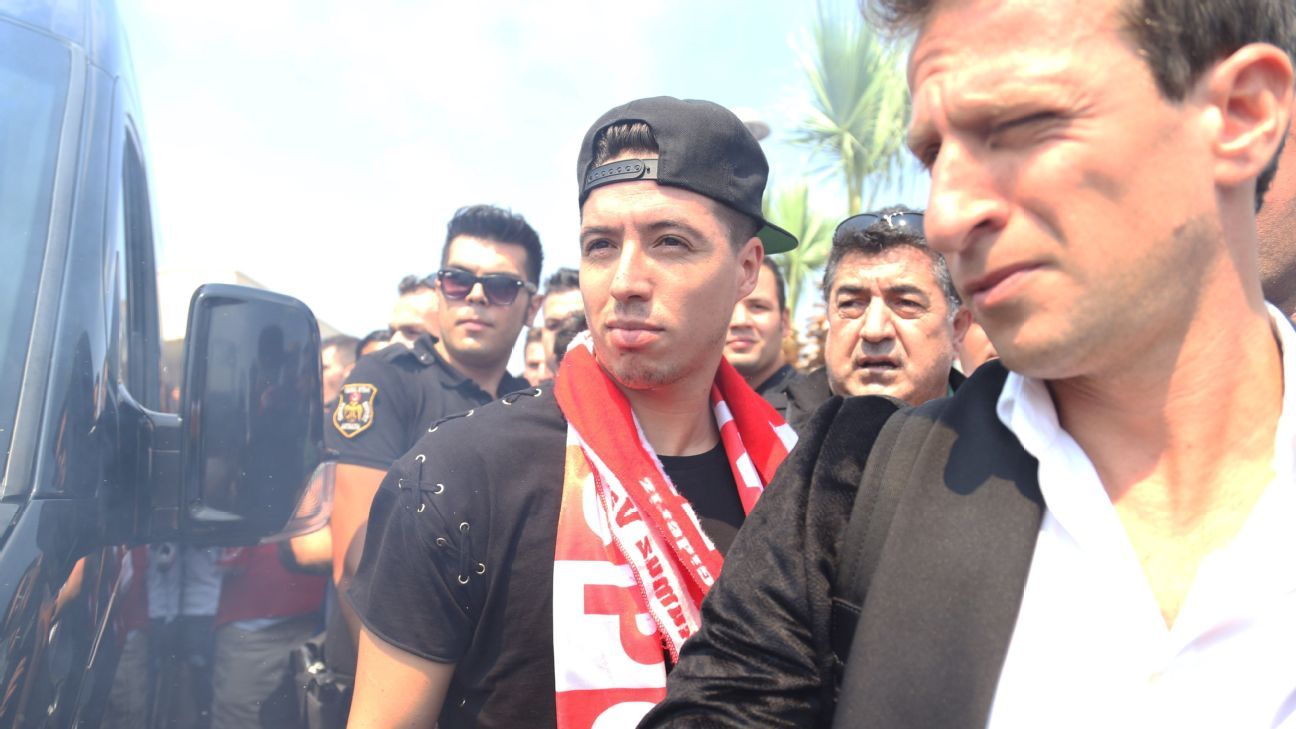 
Samir Nasri has ruled out returning to play for Marseille, but told Canal+ that he could one day take up a coaching role.

Nasri made his name with his hometown club before leaving for Arsenal in 2008. Despite subsequent moves to Manchester City, Sevilla and his current team, Turkish outfit Antalyaspor, he has been continually linked with a switch back to Marseille.

The former France international admitted he had been contacted by OM this summer, but ruled out a comeback.

“We talked, but it didn’t go further than that,” he explained. “A return is never good. It’s better to leave a good impression. You never know how it’s going to go.”

He signed a two-year contract with Antalyaspor, but already has his sights set beyond the moment he hangs up his boots, and his ambitions could take him back to Marseille.

“I would really like to coach. Perhaps coach or sporting director, in any case, do something in football, that’s for sure,” he said. “There’s potential at Marseille. There’s really something good to be done there. I don’t know the Velodrome all that well! But yes, why not?”

Marseille moved into third place in the Ligue 1 table with Sunday’s 4-2 win over Nice, leaving them three points behind second-placed Monaco and a further three adrift of leaders Paris Saint-Germain.

Nasri, however, is unconvinced by the club’s “Champions Project,” put in place by ambitious owner Frank McCourt, who took control of the club in October, and president Jacques-Henri Eyraud.

“I think they got a bit carried away with the name of the project. If they hadn’t talked about the ‘Champions Project,’ everyone would have found their recruitment drive good to try and qualify for European competition,” said Nasri, referring to summer arrivals such as Luiz Gustavo and Konstantinos Mitroglou.

“When you see Paris recruit Neymar, Mbappe…Monaco go and get Jovetic or Balde or Tielemans, you say to yourself, ‘They lied to us.’ It’s a shame.”