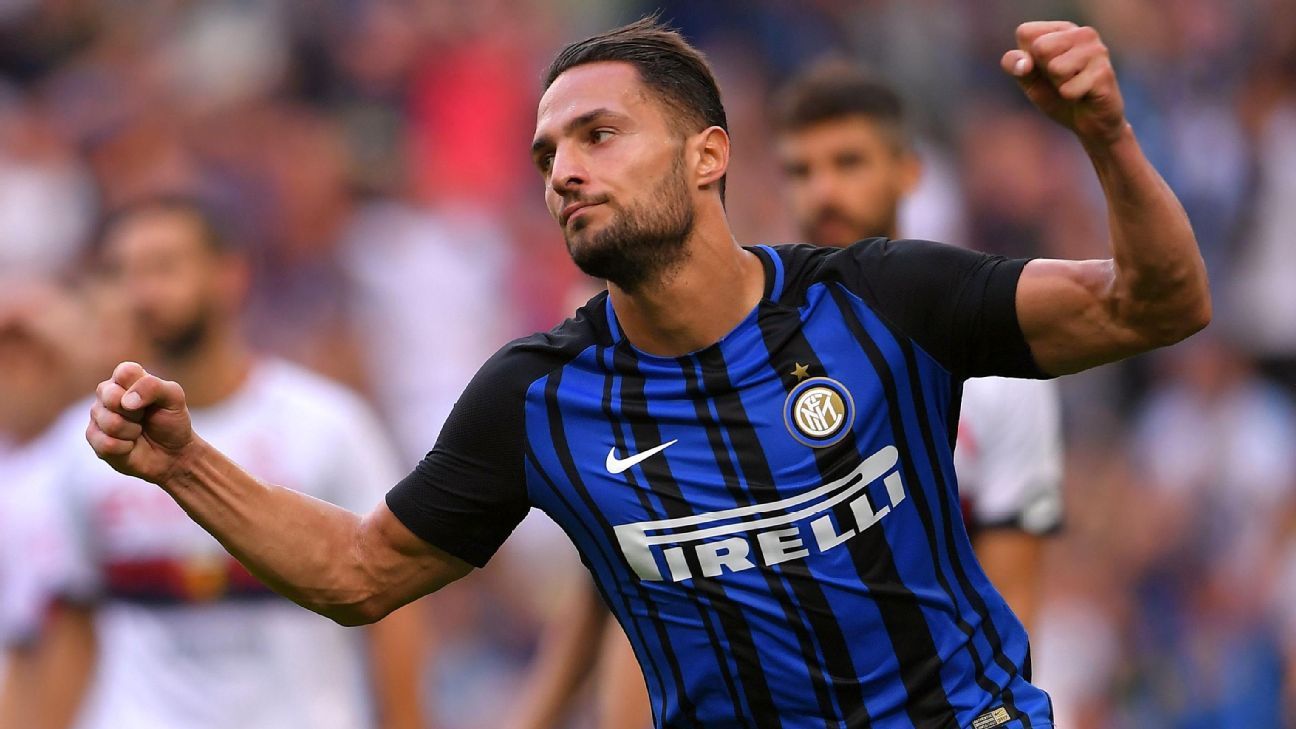 
Inter managed to beat Genoa at the end of a putrid game, with Danilo D’Ambrosio heading home an undeserved winner three minutes from time. While Genoa only created a couple of chances of note, Inter didn’t do enough with only Marcelo Brozovic hitting the post from outside the box late in the first half. Inter have their work cut out for them as they work to develop an identity.

Eder really helped in the second half, as did Yann Karamoh. At the other end, the Nerazzurri have only conceded twice all season, a league-best. They also showed the determination to keep plugging away. That’s about it.

The team is too stretched to create problems for opponents and moves the ball slowly in possession. Inter are looking for one-twos outside the box when they could be trying more direct methods. The crossing is still terrible and Borja Valero looks tired. Is Marcelo Brozovic getting in the way of the other central midfielders? Having three possession players can be problematic, despite the Croatian having some chances.

6 — Luciano Spalletti made the right substitutions, and made them earlier than usual. Is right to insist on playing Dalbert. He should have persisted with Joao Mario, who needs time to get used to this system. Could the Portuguese player be better employed on the right, his old position at Sporting Lisbon? Antonio Candreva was the one who deserved being subbed off.

GK Samir Handanovic, 7 — Made a key one-on-one save to dney Stephane Omeonga.

DF Danilo D’Ambrosio, 7 — Was actually poor until his double act in the second half, saving Inter from a potential goal before deciding the game himself from the corner. This is the upside of having a defender with the occasional eye for goal.

DF Dalbert, 5 — Omeonga ran past him too many times and he’s still too shy going forward. Needs the regular starts to show what he can do.

MF Matias Vecino, 5 — Roberto Gagliardini may have been preferable here because he likes to get forward more and has a better deep ball. The Uruguayan turned it on a little after the half, but just looked inaccurate.

MF Borja Valero, 5 — Really didn’t create anything, not exactly what he was brought in for. Looked tired, too.

MF Marcelo Brozovic, 6 — Still undisciplined and scattered but at least he hit the post and forced Mattia Perin into making a difficult second-half save.

MF Antonio Candreva, 5 — Looked a little better than last week but that’s not saying a lot. Why is he still in the first XI? Unlike Joao Mario or even Ivan Perisic, getting regular starts won’t help because he’s probably as good as he ever will be. He can be better than this but there’s no magic winger hiding round the corner, either.

MF Ivan Perisic, 6 — Ran his socks off but lacked sharpness.

FW, Mauro Icardi, 5 — Made a great defensive intervention to clear a key ball on a Genoa counter. He needs to track back more so that he can at least work with three attacking midfielders. Inter look static otherwise, and going for the long ball each time just doesn’t work.

FW Eder, 6 — Would be worth a seven if it wasn’t for the dive. That was irritating. Otherwise a keen player, and is the first player in two games to prove that he can work with Icardi in the hole and make dangerous runs.

FW Yann Karamoh, 7 — A promising cameo! Should be used for this kind of situation, when the Nerazzurri can’t break opponents down. Saw a nice effort from the distance be tipped over, too.

MF Joao Mario, NR — A couple of nice flourishes, but precious little else.