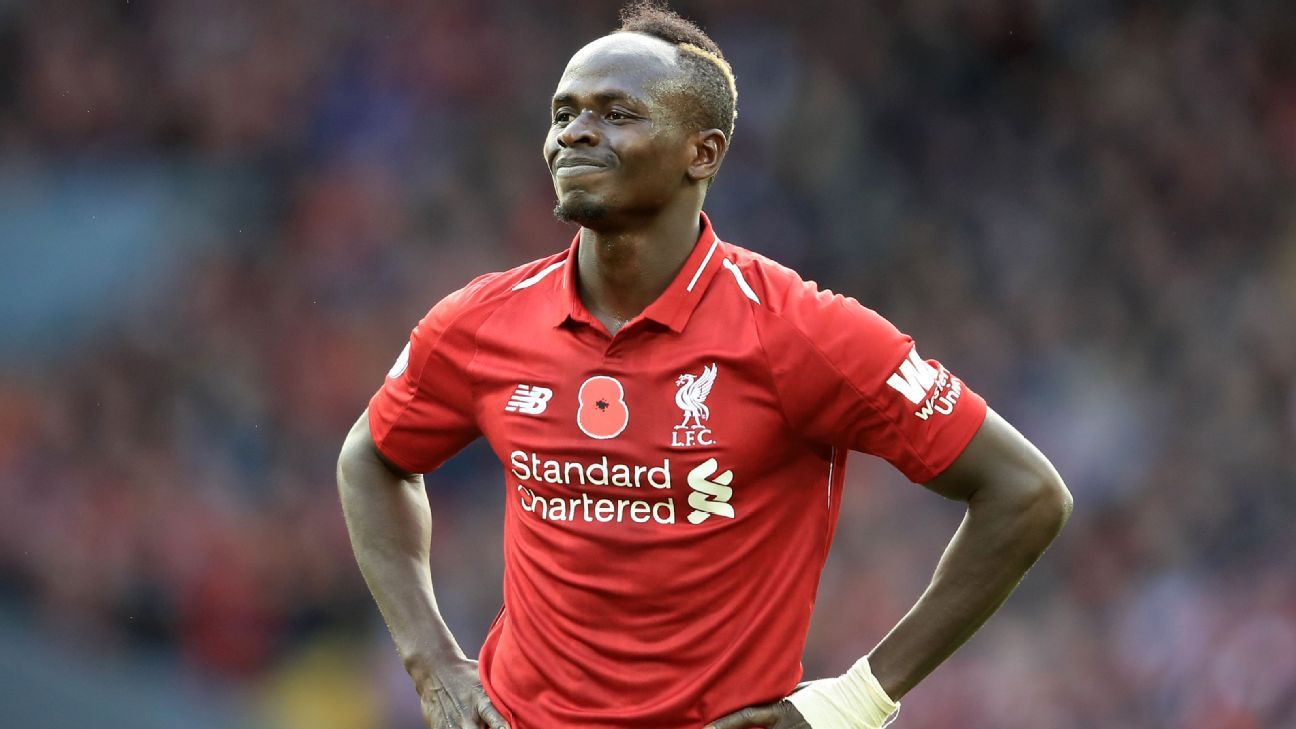 
Sadio Mane had to be helped off the pitch in tears after being booed by his home crowd during Senegal’s 1-0 victory over Equatorial Guinea last week. He had missed a gilt-edged chance to double his side’s lead, and was jeered for the rest of the game.

Mane has never been able to win over fans of the national team back home.

Mohamed Salah enjoys cult-hero status in Egypt and he is the undisputed darling of the Kop, but at Anfield there is plenty of love for Mane, too. It’s therefore surprising that Mane has been stalling over signing a new contract with the Reds.

Talks were opened toward the end of last season, yet six months down the line there seems to have been little progress made. In the meantime, both Salah and Roberto Firmino have signed new deals, as has skipper Jordan Henderson.

What is he waiting for? The deal offered by Liverpool would reportedly double his current salary. When a footballer is choosing to leave money on the table, it has to raise concerns over his commitment.

Mane starts every game in a team that is contending for major honours, the pay is good and Liverpool’s style of play is a dream for an attacking player. Usually when a footballer is happy and is offered a big pay raise, he’ll sign without hesitation. If they stall, it’s generally because they want more money or they simply fancy a change of scenery. When it drags on, it usually doesn’t end up getting done at all.

Perhaps Mane’s agent feels he can get more out of Liverpool by playing the long game, or maybe it’s simply a case of wanting to try something different and keeping his options open. Time will tell, but it’s difficult to make sense of this right now.

Mane still has two and a half years remaining on his existing deal, so Liverpool can afford to be relaxed about it for now. There’s a long way to go for Mane to run down his contract and leave as a free agent, and it’s a risky game given the amount of time he has left and the vast sums of money he’d be missing out on by signing a new contract.

This would suggest that Mane could still take the deal on offer, but signing it this week, next month, or another six months down the line wouldn’t make much sense unless Liverpool agreed to backdate the pay increase from when the negotiations first started (and there’s no reason why they should). Even if it is in his head to move elsewhere, he could still have taken the pay rise and then forced a move soon after, as both Philippe Coutinho and Luis Suarez did.

Liverpool fans have seen this movie before and they know how it usually ends. Steve McManaman, Michael Owen and most recently Emre Can all ran down their contracts before leaving, and supporters get used to hearing the same sound bites:

“I don’t know what’s happening, I leave all that to my agent.”

If you hear any of the above come from the mouth of a player, then it’s time to start planning for life without them. Liverpool know this and the chances are they already have a plan in place. The truth is, if they do need to replace Mane, it shouldn’t be too difficult.

To say Mane is merely a product of Liverpool’s attacking style of play would be doing him a disservice, as he’s a quality player, but would he look as good playing elsewhere? Maybe, maybe not. Would Liverpool be able to adequately replace him or even get themselves an upgrade? Almost certainly.

That’s why supporters shouldn’t be too concerned whether Mane signs that deal or not. If he does, great. If he doesn’t, fine, Klopp will replace him with someone as good or better.

Mane is talented, but he isn’t Luis Suarez and his success has been greatly aided by Klopp’s management and tactical approach. Suarez was irreplaceable as there was no-one else like him, and even if there was, Liverpool would never have been able to persuade that player to come to Merseyside.

It’s different now. Klopp has made Liverpool a fun place to be, and top players are now lining up to make the move, which makes Mane’s hesitation to commit all the more mystifying.

Individually Liverpool’s front three are all outstanding in their own right, but collectively they have exceeded the sum of their parts. Firmino makes everything tick, Salah is a goal machine and while Mane is a very productive member of a fearsome trio, he tends to blow hot and cold and is the clear number three in the pecking order.

Don’t agree? Then ask yourself this: If Kylian Mbappe came on the market this summer and expressed a desire to move to Liverpool, who would make way for him? Mane, that’s who.

Mbappe may be just a pipe dream, but it’s no coincidence that Liverpool are continually being linked with a move for Barcelona forward Ousmane Dembele, who on paper at least would represent an improvement on Mane. Maybe Klopp is making contingency plans for the possibility he has to sell Mane, or perhaps he just wants a better player in his team.

Borussia Dortmund’s rising star, Christian Pulisic, is another player who Klopp has a keen interest in, while Bayer Leverkusen’s Julian Brandt is another long-time target. Any of those could potentially come in and replace Mane, so Liverpool are in a strong position.

Mane has a good thing going at Anfield and his recent unpleasant experience with his national team should bring that into sharper focus. The Senegal crowd booed him for missing a chance, yet when he missed a glorious opportunity in the Merseyside derby at Anfield last season, the Kop chanted his name. He had a slump in form in the weeks that followed and they continued to back him until he started firing again.

So the smart move for Mane (both financially and in football terms) would be to follow the lead of Firmino and Salah and commit himself to Liverpool. If he doesn’t want to do that, then fair enough, but Liverpool will be just fine either way.