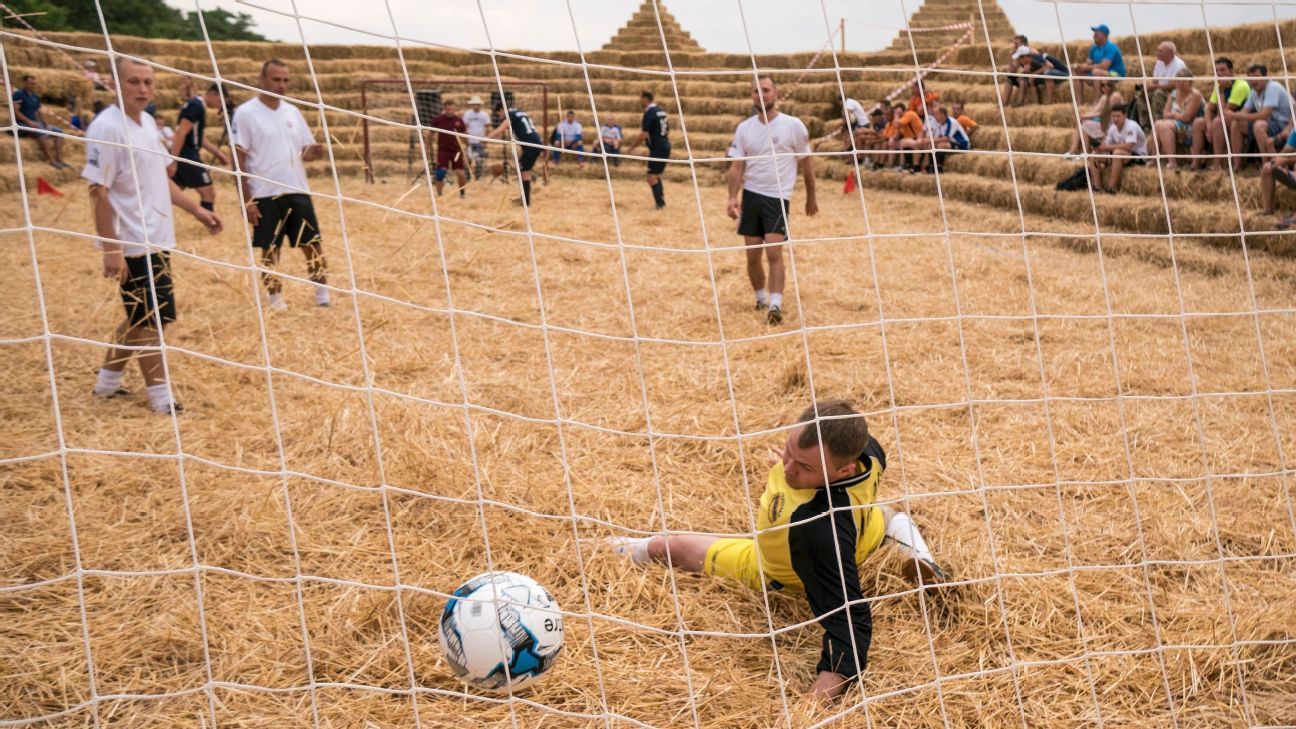 
A Russian farmer has built an entire football stadium out of straw to mock the spiralling cost of the new 64,000-seat arena in St Petersburg that will be used to host the 2018 World Cup.

The straw version, built by farmer Roman Ponomaryov in a field outside the town of Stavropol cost around $675 (£500) to complete, whereas the Zenit Arena quickly burned through a budget of $720 million (£552m).

However, what Ponomaryov’s version lacks in clean, sweeping lines and modernist architecture, it certainly makes up for in rural charm.

The straw arena was built from the ground up using some 4,500 bales of hay, with 300 fans flocking to the inaugural tournament staged between local football teams last weekend.

“It’s good to get people excited and create a sports atmosphere ahead of the World Cup,” Ponomaryov told the Associated Press, adding that his creation was a gentle satire of Zenit’s vastly expensive project.

“It seemed pretty strange… how the cost of the stadium and its construction time-frame were increasing.”

Apparently Zenit are aware of the straw stadium and have accepted it in “good humour,” offering Ponomaryov a free ticket to an upcoming match.