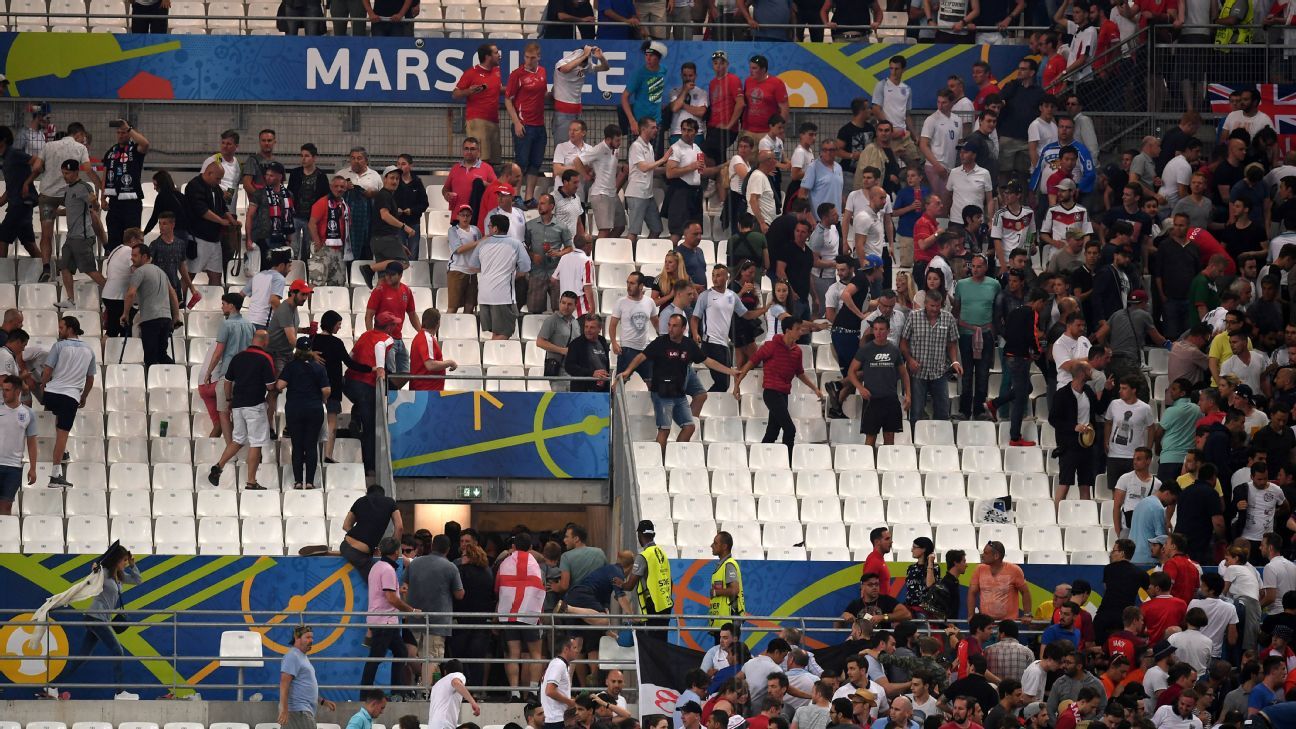 
The Russian National Tourist Office in London is providing information to England fans to help “dispel their doubts about security matters” ahead of the 2018 World Cup.

Despite the success of this summer’s Confederations Cup in Russia, violence around England’s meeting with Russia at Euro 2016 in France raised lingering concerns about personal safety for the upcoming World Cup.

Visit Russia deputy chief Alexei Cherepanov told the TASS news agency: “Our office is already functioning. We want the British people to see that all the doors are open for them.

“They can call in to ask any question any time. This what we are here for, to dispel their doubts about security matters and nuances of the trip.”

He added: “After the tournament’s finals drawing on Dec. 6, it will be announced where England squad will play and we will be able to recommend fans optimal route options. Say, we can hint how to save money on hotels — just to buy a ticket for a night train.

“We are establishing contacts with all British sports organisations working with fans and offer our assistance in information backing. Apart from that, we provide people with regular information about Russia, its habits and ways and strongly advise them to always have documents on them.

“I hope as the tournament approaches we will know which restaurants and sports bars will broadcast the matches to make it possible for those who don’t have tickets to watch them.”