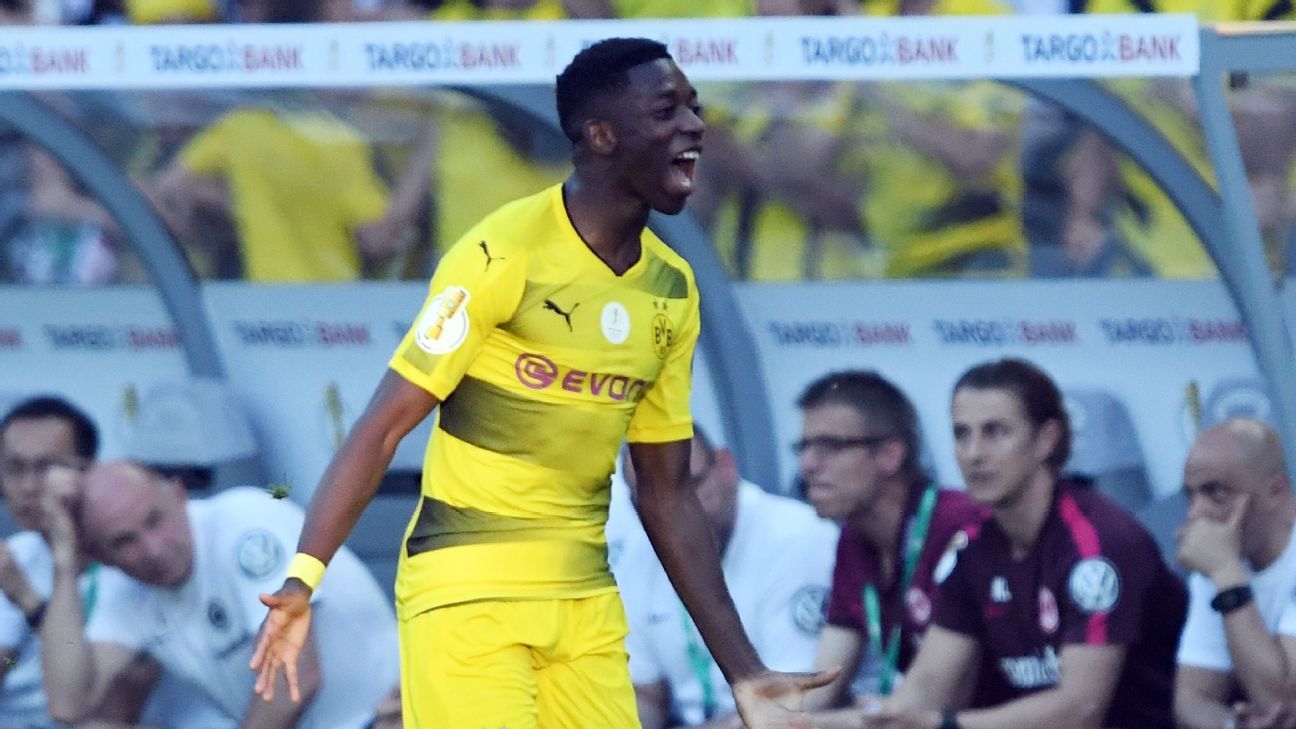 
With attention focusing on the summer transfer window, David Amoyal predicts how likely it is that these rumoured moves actually happen.

Liverpool’s unwillingness to part ways with Philippe Coutinho has led the Borussia Dortmund attacker to become the priority for Barcelona. The Blaugrana have made their first official offer to the German club, around €70 million plus various bonuses. Yet Dortmund are holding out for a bigger return, especially in light of what Barcelona received for Neymar. As a sign that a potential deal has traction, Pierre-Emerick Aubameyang has been taken off the market.

It wouldn’t be a summer transfer window without Ibra being linked to a return to the Rossoneri. While it’s certainly true that Milan are looking to sign a veteran striker who can ease the burden on Andre Silva and that they have patched things up with his agent, Mino Raiola, after the Gianluigi Donnarumma soap opera, it’s much more likely that Ibrahimovic will return to Manchester United once he recovers from his knee injury. As alternatives to Ibrahimovic, Milan are keeping tabs on Falcao, Nikola Kalinic and Aubameyang.

The versatile Chile international isn’t part of Luciano Spalletti’s project at Inter. After being linked to clubs in Mexico and Argentina, he has reportedly agreed to terms with Besiktas, but so far, the Turkish club are struggling to pay Inter’s asking price. As an alternative, Medel has also received an offer from DC United, the MLS club owned by former Inter president Erick Thohir, but the opportunity to play in the Champions League appeals to Medel more than a move to the United States at this time.

In recent weeks, there has been momentum for the Croatia international to stay at Inter. Manchester United were reluctant to include Anthony Martial in the deal, and they also have yet to increase their offer from a few weeks ago. In addition, now that Inter no longer have to raise funds to meet their financial fair play obligations, they will sell the 28-year-old winger on their own terms. The expected arrival of Emre Mor at Inter also shouldn’t be seen as a signal either Antonio Candreva or Perisic are leaving, considering Spalletti’s reliance on wingers. The club need to bolster their depth in the position.

Despite the Algeria international’s public statements confirming his desire to move to Italy’s capital, sporting director Monchi hasn’t yet been able to meet Leicester’s price. Roma raised their offer to €35 million including bonuses, which would be the highest transfer fee the club paid since Gabriel Batistuta back in 2000, but despite the risk of seeing arguably their best player join another Premier League team, Leicester haven’t budged from their demand of €40 million for their prized asset.

The Ivory Coast defender was on his way out at Paris Saint-Germain even before Dani Alves’ arrival, so now it feels like only a matter of time before he leaves Ligue 1. While Aurier has been linked to both Chelsea and Manchester United, he needs to win his appeal against a short prison sentence to ensure that he can receive a work permit in England. The right-back is also a target for Inter, who are looking to further revamp the full-back position even after Dalbert’s arrival from Nice.

Bianconeri coach Max Allegri has never hidden his admiration for the former Inter player, and with the World Cup coming up, the Croatia midfielder would likely welcome an opportunity to play more frequently. While Juventus have contacted Kovacic’s agent, they are aware that Real Madrid won’t give him up easily: The current Serie A champions might have to give a right of first refusal on Paulo Dybala in order to ensure the negotiation takes off. As alternatives to Kovacic, Juventus are monitoring PSG’s Blaise Matuidi and Barcelona’s Andre Gomes.

Despite a successful loan spell at Sevilla and some flashes of brilliance during summer friendlies, the former Manchester City forward isn’t part of Inter’s plans for next season. Jovetic could return to his former club, Fiorentina, as long as the Nerazzurri are willing to pay part of his wages, but his most likely next destination is the south of France. Marseille are interested in acquiring him but most likely can afford to complete the deal only on loan with option to buy; in the meantime, they have made progress toward an agreement with the player’s entourage.

The Turkish club are once again pursuing the Ghana international, and this time, they have agreed to personal terms with the player. However, Juve manager Allegri values Asamoah’s versatility because he can back up Alex Sandro at left-back while providing insurance in midfield; unless some reinforcements come in, especially now that Mario Lemina is heading to Southampton, Asamoah will remain at Juventus. Galatasaray’s chances would go up significantly should Atalanta agree to end Leonardo Spinazzola’s loan a year early, something the player is pushing for because he would be able to earn more at Juventus.

The 24-year-old France midfielder is looking to get consistent playing time before the World Cup now that Inter have acquired Borja Valero and Matias Vecino. Although Liverpool have been linked to him, Valencia have taken the most concrete steps to sign him. However, the Spanish club’s offer of a loan deal with an option to buy set at €20 million is far below Inter’s valuation of €30 million, which leaves the door open for another team to acquire the former Monaco player.