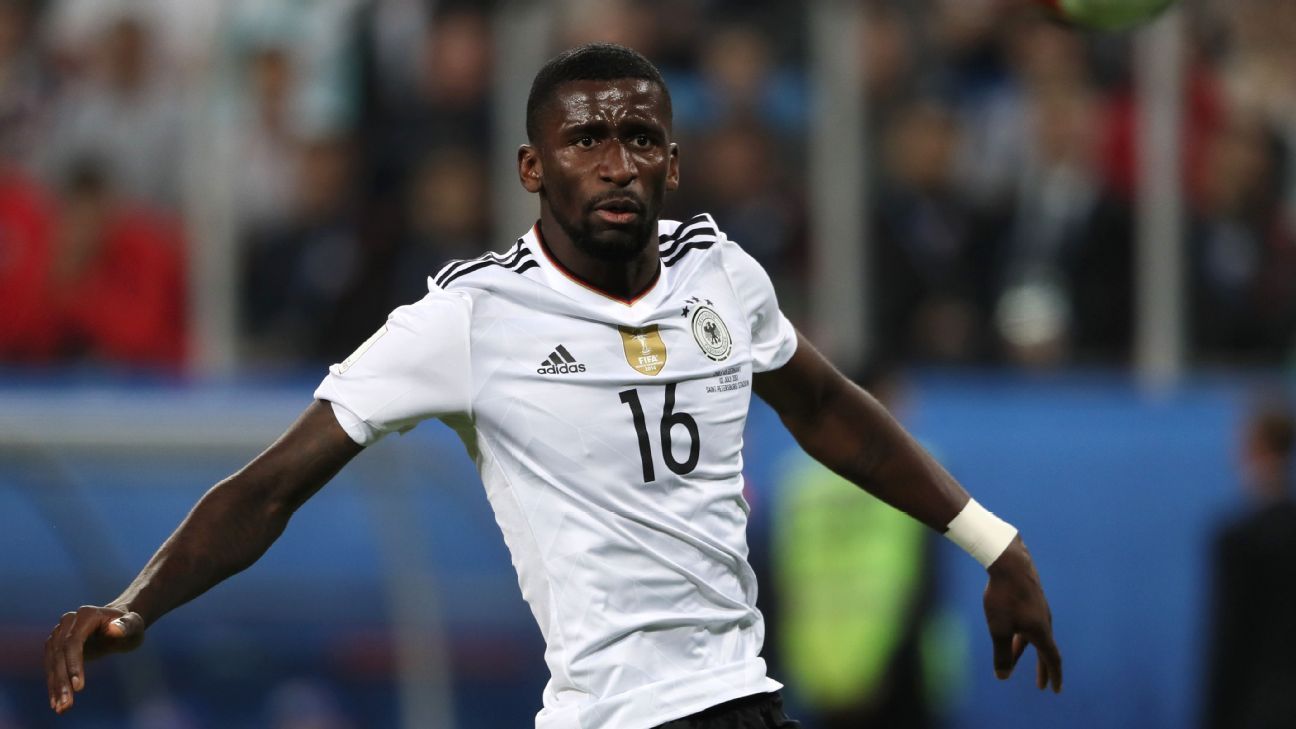 
With attention focusing on the summer transfer window, David Amoyal predicts how likely it is that these rumoured moves actually happen.

While everything was set for Kostas Manolas to join Zenit St. Petersburg, a last-second disagreement on the currency used to pay the wages has seemingly made the deal collapse. As a result, Roma have decided to sell Antonio Rudiger to Chelsea instead, a deal that’s expected to be completed for around €40 million including bonuses.

Last summer, Antonio Conte attempted to sign the versatile German defender, but a knee injury — from which Rudiger has since recovered — ended the negotiation. One year later, the Italian manager is ready to welcome him at Stamford Bridge.

Inter were able to raise the €30m needed to fulfill their Financial Fair Play obligation by last Friday’s deadline, but they would still move the Croatian winger if presented with the right offer. Perisic appears eager to join Mourinho’s squad, but Manchester United would have to raise their previous bid of €40m to €50m in order to land him. While the Red Devils have reportedly shown interest in Federico Bernardeschi, the Italian winger’s odds of joining Juventus shot up now that Fiorentina’s owners have put the club up for sale. He could also end up at Inter to replace Perisic.

The current Serie A champions have essentially dropped out of the race for Douglas Costa, which could allow them to use their last non-EU spot on the Brazilian right-back and replace Dani Alves. Juventus have already met with Danilo’s agent and are now negotiating with Real Madrid; while there’s currently some distance between the demand and the offer, the two clubs have a great relationship. Some alternatives Juventus are also considering include Paris Saint-Germain’s Serge Aurier, Man United’s Matteo Darmian and Milan’s Mattia De Sciglio.

The announcement that the 18-year-old keeper wouldn’t be extending his expiring contract with Milan elicited such backlash that both player and club experienced a dramatic change of heart. Donnarumma will now sign an extension with the Rossoneri, making him one of the highest-paid keepers in the world. As part of the deal, the contract will also feature two exit clauses tied to Milan qualifying for the next Champions League: €100m if they do, €50m if they don’t.

Like many of his teammates, the French winger has been suspected of leaving for the Premier League this summer. According to reports in France, Arsenal have taken the most concrete steps to signing him. So far, however, their bid isn’t close to reaching Monaco’s asking price of €50m. Arsene Wenger has been following Lemar since his days at Caen, so it will be interesting to see if he can outbid his competitors this summer — particularly since Monaco wishes to keep Lemar for at least one more year.

With Juventus set to acquire Wojciech Szczesny as Buffon’s new back-up and future heir, Neto is looking for a new team. While Watford have made the highest bid — offering Neto €10m including bonuses — the Brazilian keeper would prefer to join Valencia, who have offered €7m. Milan also expressed interest in Neto, but are now primarily counting on Donnarumma to extend his contract.

The Turkish club has been very active on the transfer market. After securing Bafetimbi Gomis and Younes Belhanda, the side has its sights set on Asamoah. Considering the uncertainty surrounding Alex Sandro’s future, Juventus are committed to keeping the versatile Ghanaian international, who could help replace the Brazilian (linked to Chelsea and Paris Saint-Germain) along with highly rated prospect Leonardo Spinazzola.

While on the surface this rumour might appear ludicrous, the Dutch midfielder is eager to return to Italy, and Sampdoria has been known to make big name signings. They acquired Samuel Eto’o back in 2015, and are now flush enough with cash to pay Sneijder’s wages after selling Patrick Schick to Juventus. To facilitate the move, Sneijder would have to rescind his contract with Galatasaray, since Sampdoria have only been in talks with his immediate entourage rather than the Turkish club itself.

After another great season in the Premier League, the Brazilian forward continues to be linked to affluent clubs in Europe. Barcelona continue to monitor his situation but now face competition from Paris Saint-Germain, who are willing to spend lavishly to bring him to the Parc des Princes, according to reports. Liverpool, however, appear determined to keep Coutinho now that they are back in the Champions League. After extending his contract through 2022, they also have some leverage.

After struggling to find consistent playing time at Paris Saint-Germain, the 25-year-old Brazilian winger could look to relaunch his career elsewhere. With Roma set to cash in on Antonio Rudiger after previously adding on Mohamed Salah and Leandro Paredes, new sporting director Monchi would have the resources to sign Lucas Moura. While Monchi’s priority at the moment appears to be Sassuolo’s Gregoire Defrel, Lucas could still end up in Italy, as Inter might view him as a great replacement for Perisic.