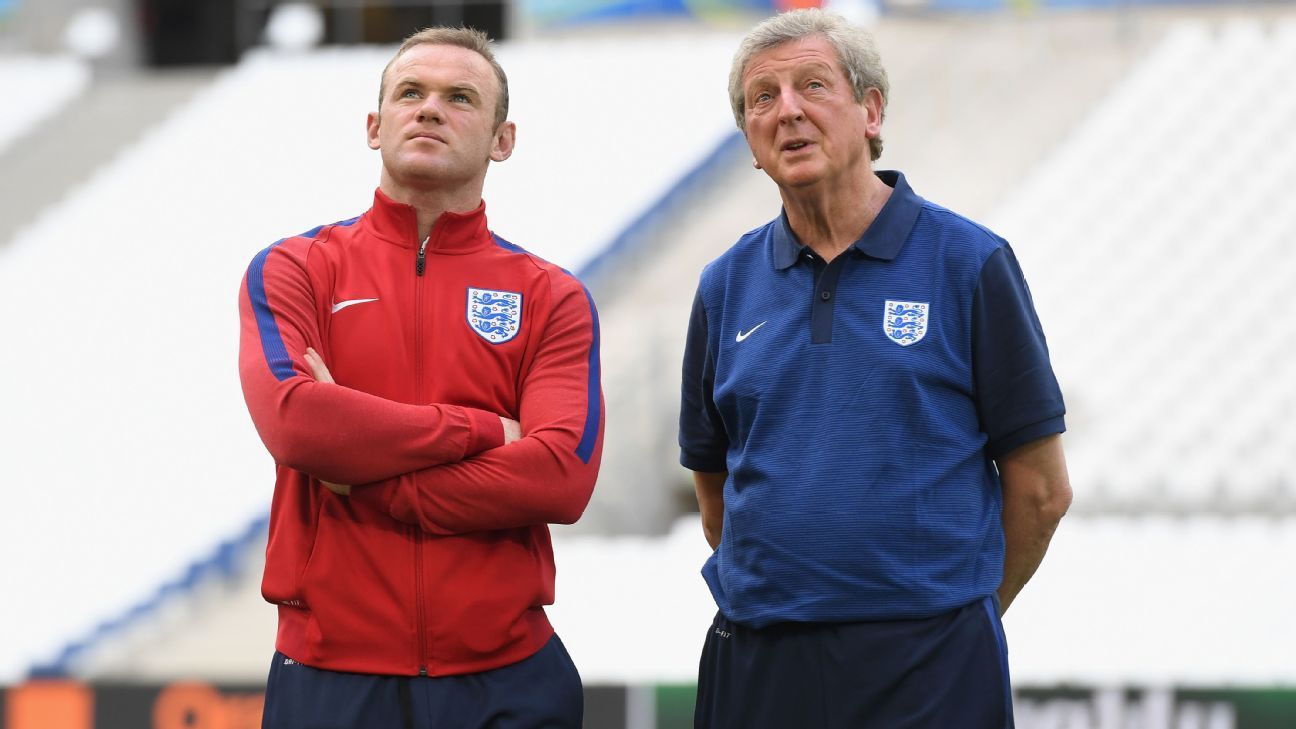 
Former England boss Roy Hodgson says he would not be surprised if Wayne Rooney came out of international retirement if he was required at the 2018 World Cup.

Rooney, 31, announced on Wednesday that he had called time on an international career that has seen him net 53 times in 119 appearances after Gareth Southgate tried to recall him on the basis of his good form at Everton this summer.

The former Manchester United captain said in his statement that his failure to enjoy a successful international tournament was one of the “very few regrets” in his career, and Hodgson — who made Rooney England captain in 2014 — said the forward could be tempted if asked to play in Russia.

England have used strikers Harry Kane, Marcus Rashford, Daniel Sturridge, Jamie Vardy and Jermain Defoe in recent months but Southgate may feel Rooney would add value to his World Cup squad if his current options are in any way depleted.

Speaking on Sky Sports’ “The Debate” programme, Hodgson said: “As you know, I’m not a gambling man and never have been, but if I was such a person I wouldn’t put any money on Wayne, in that situation, refusing to come out of retirement, if it was put to him in that way, as I know what this country does mean to him in terms of playing international football.

“One hopes for his sake and the country’s sake that situation won’t arise, but I feel sure if it came to that and Gareth went to him and said: ‘We’re in a terrible mess here and we really need you, will you come out retirement?’ then I would be surprised if Wayne didn’t say ‘Yes’ — but I don’t know. I’m second guessing.”

Meanwhile, Sven-Goran Eriksson, who managed Rooney between 2001 and 2006 when he was England boss, said it was a “pity” the player had made the decision to end his international career.

“I think he still can play in the national team. It’s a pity he will miss the next World Cup for England,” Eriksson told Sky Sports News.

“If I was the manager I would try to convince him to delay it [his international retirement] until after the World Cup. Knowing Rooney, if he decides something I think he will stick to that.”

England did not make it further than the quarterfinal stage of a World Cup or European Championship during Rooney’s career, and the player’s attempts to secure success during his peak years were often hindered by injuries as well as an infamous red card against Portugal in 2006.

Eriksson said he felt criticism of Rooney for not delivering in major tournaments was not justified.

He added: “You don’t score that amount of goals if you are not a top-class football player. I hope he will change his mind to come back for the World Cup. I think England still needs him.”

He added: “He had a talk with the national coach and made his decision, because he thinks it is the best for Everton.

“It is always the player’s decision, and of course, I respect that.”

Rooney is set to line up for Everton in Thursday’s Europa League playoff second leg clash against Hajduk Split in Croatia and Koeman said: “If you reach the group stage of the Europa League and have international duty then that is a really tough programme.

“His fitness is really good at the moment. It is up to the player to decide the best thing to do. I respect that, and I would have respected it if he had made a different decision about his future as an international player.