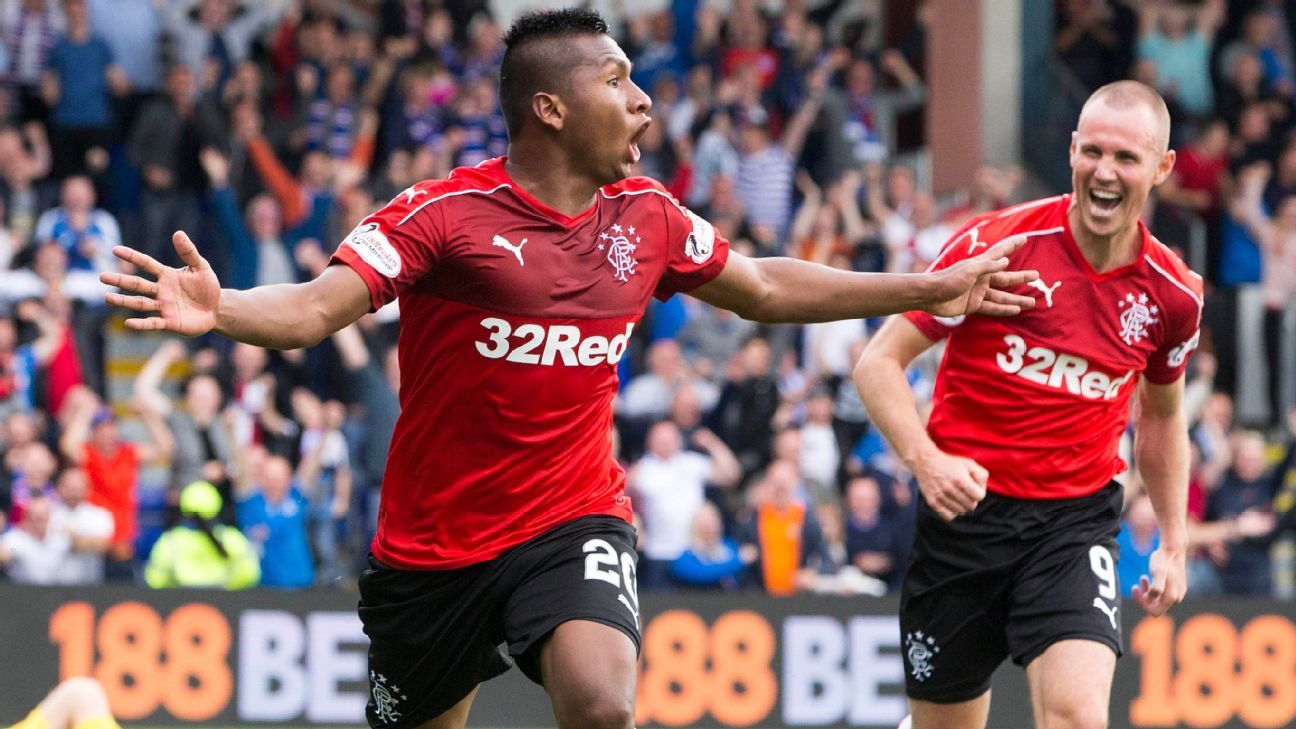 
Alfredo Morelos helped ease the pressure on boss Pedro Caixinha as his double sent Rangers on their way to 3-1 win at Ross County.

The Rangers boss was under scrutiny as his side arrived in Dingwall having dropped five points in their opening three games of the new campaign.

But Morelos gave the visitors the breakthrough midway through the first half before Scott Fox’s horror mistake presented him with a simple finish for his second.

County substitute Thomas Mikkelsen did make a game of it after the break when he pulled one back but Eduardo Herrera clinched victory late on with his first goal for Rangers.

The Ibrox side were in hungry mood as they sought to respond to a sluggish start that threatened to write them out of the title race just a month into the season.

They poured over the County box time and again from the kick-off but finding a way through proved tougher.

Kenny Miller and James Tavernier were both forced to shoot over from distance as the Staggies did well to frustrate Gers’ attempts to play through.

Candeias slotted Tavernier to the by-line, the full-back hung the ball up for Morelos who beat Marcus Fraser to the leap before powering his header past Fox.

The Light Blues got no gifts from referee Craig Thompson when Jason Naismith slid on Morelos in the box but it was the right call as the County defender got to the ball first.

The keeper was put under pressure by Fraser’s heavy back-pass but the danger should have been over when he skipped past Morelos’ initial lunge.

His decision to pause and look for a team-mate, however, proved costly as the Rangers hitman leapt back to his feet, stole the ball and rolled home his fifth goal in four games.

Things could have got worse for Ross County just before the break. Andrew Davies was lucky to get away with yellow after clattering into Miller with an elbow.

Niko Kranjcar wasted a decent opening early in the second period before compounding that mistake with a loss of possession on 59 minutes that handed County their lifeline.

Michael Gardyne robbed the Croat before spraying wide to Craig Curran. His cross found the unmarked Dane who nodded past Wes Foderingham.

The former Dundee United frontman had been thrown on for the ineffective Jamie Lindsay after just half an hour as McIntyre decided to match up Gers’ 4-4-2.

The change helped the hosts gain a foothold after the break and Rangers responded by throwing on Herrera and Carlos Pena.

But Pena – Gers’ lesser-spotted £2.5million summer signing – did not exactly give Caixinha the impact he was hoping for. The Mexican should have put daylight between the teams as he combined with Morelos but ballooned his strike.

It was left to compatriot Herrera to confirm the points as he slotted home from Lee Wallace’s cut-back with just seconds left.