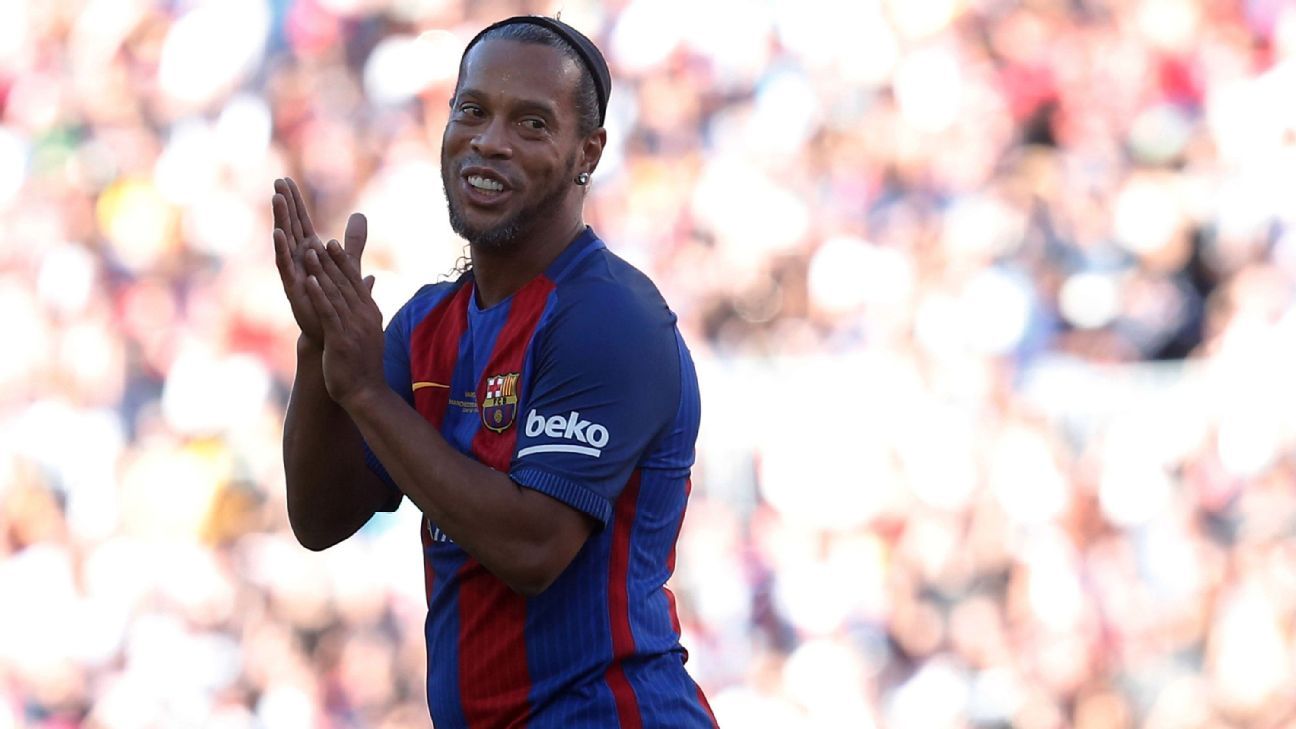 Having only turned 37 in March, there’s a case to be made for Ronaldinho still being able to play at the top level. However, it’s been two years since the two-time FIFA World Player of the Year last turned out professionally, which means that legends games tend to be the only option to see the great man in action these days.

Having stolen the show with three assists against Real Madrid earlier this year, Ronaldinho donned the Barcelona shirt once again on Friday for a clash with Manchester United stars of the past. And he didn’t disappoint…

Poor old Jesper Blomqvist might still be trying to untangle himself, though the former Sweden international at least had the consolation of scoring the opening goal of the game at the Camp Nou.

United went on to claim a 3-1 victory, with Karel Poborsky and Dwight Yorke adding their own efforts against a Barca squad that, beyond Ronaldinho, included Rivaldo, Giazka Mendieta and Edgar Davids.