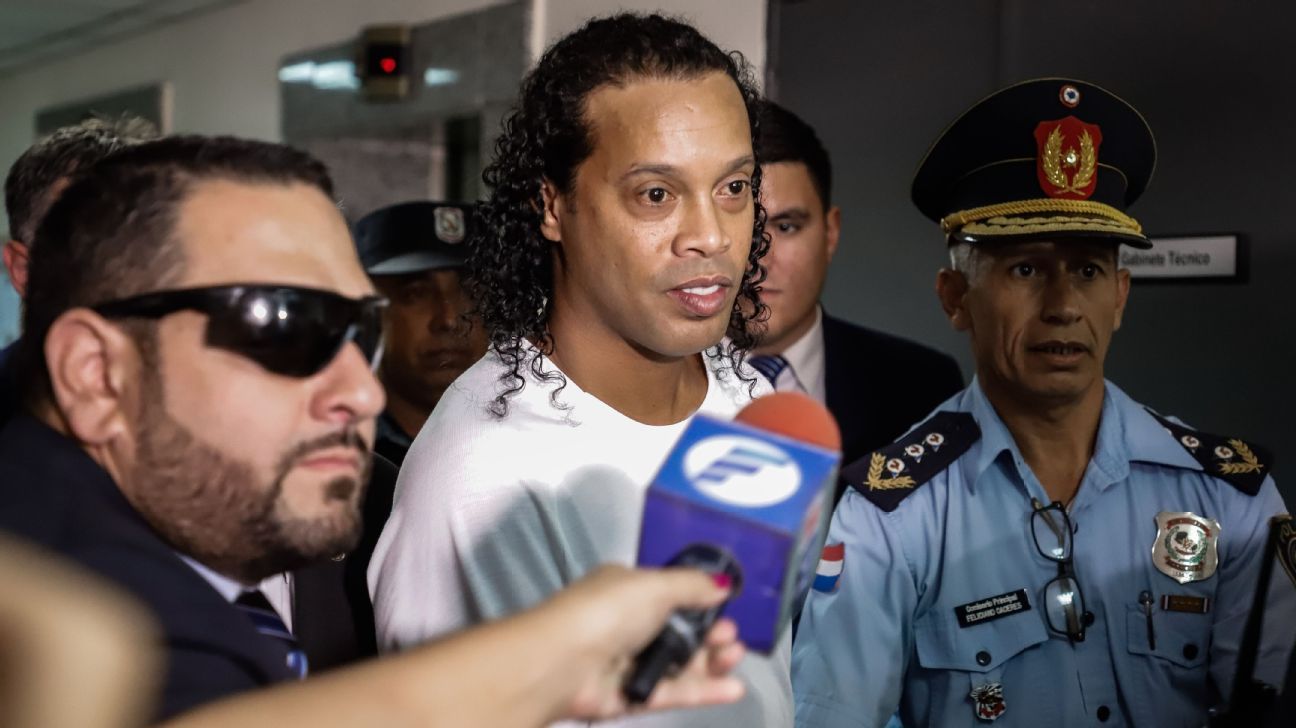 
Ronaldinho’s legal team has presented a plea deal to the Paraguay public prosecutor’s office that would lead to the release of the former Barcelona star and his brother, sources have told ESPN Brasil.

The 2005 Ballon d’Or winner and his brother Roberto Assis were arrested in March for attempting to enter Paraguay with false passports.

After 32 days, the two were released from a high-security jail in Paraguay in April after paying bail of $800,000 each and were placed under house arrest in a luxury hotel in the Paraguayan capital of Asuncion, where they remain.

As ESPN reported last week, the defense team for the Assis brothers was already working on a plea bargain.

A source close to the prosecution told ESPN Brasil last week that the case against the two is “90% closed.”

The plea bargain includes a guilty plea from the two brothers for entering Paraguay with fake passports and fines of $20,000 and $50,000, respectively, for Ronaldinho and Roberto.

Roberto would agree to a criminal record in Paraguay, but Ronaldinho’s record would be clean there.

The plea deal also means the two brothers would agree to remain in Rio de Janeiro and follow rules of conduct set by the Paraguayan courts.

The legal team said that Ronaldinho would comply and would thus delay his planned move to Barcelona.

The public prosecutor has six months to investigate the case and has ordered the arrest of 18 other people in connection with it.

Last year, Ronaldinho had his Brazilian passport seized at home because of an investigation into alleged environmental crimes, but the document was returned to him in September 2019, and it is still not known why he did not enter Paraguay with his own passport.