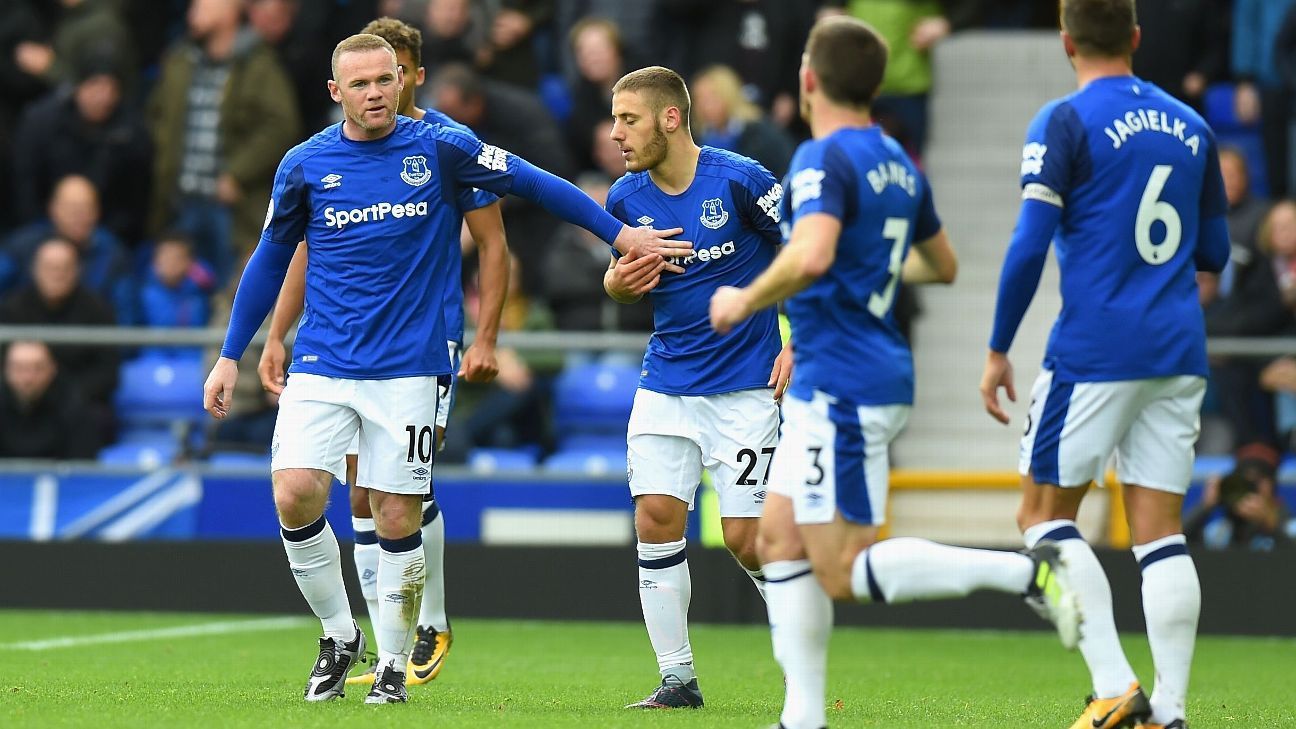 
It was not a pretty sight to see Everton fans screaming for the manager’s head, the team struggling on the pitch and Goodison Park polluted by a toxic atmosphere. No, I’m not talking about this past Sunday in Everton’s 5-2 defeat to Arsenal, but rather 17 months ago, when Roberto Martinez was about to get fired for finishing 11th. Now Ronald Koeman, hailed as a major coup when he was lured from Southampton, has followed him out of the exit door only five months after taking the Toffees into Europe.

Everton’s fans are in danger of getting a reputation for being restless and hard to please. Koeman’s position was hardly helped when Alan Stubbs, one of the club’s revered stalwarts, spoke last week of an icy “disconnect” between manager and fans.

But this, sadly, is a familiar tale of our times. Fans and owners have very short memories. Remember how Jose Mourinho and Claudio Ranieri won titles for Chelsea and Leicester, respectively, but were then gone before the following Christmas. It’s difficult out there.

By any rational judgement, Koeman would have been cut a bit more slack, given his managerial pedigree and the fine job he did in finishing seventh last season. It’s true, however, that his team looked bereft of all confidence, and once down to 10 men against Arsenal, they fell apart in the second half.

The Toffees find themselves in the bottom three of the Premier League and with almost no hope of advancing from their Europa League group following last Thursday’s home defeat to Lyon. But have Everton panicked here? Can anyone else turn things around for a team that cannot replace Romelu Lukaku’s goals?

The Belgium international got 25 goals in the league last season, second only to Harry Kane. This time around, Koeman’s team have managed a grand total of seven so far, scored by only two players: Wayne Rooney (four) and Oumar Niasse (three). Koeman did make a series of summer buys, but only excellent goalkeeper Jordan Pickford has been an unqualified success. Record signing Gylfi Sigurdsson and defender Michael Keane have not settled yet, Davy Klaassen from Ajax has struggled badly, and striker Sandro Ramirez has yet to score for his new club, despite 16 goals in La Liga for Malaga last season.

Rooney got his fifth goal of the season on Sunday to stir memories of his great goal against the Gunners as a 16-year-old. Like so many others in blue, he vanished from the game. The football brain remains intact, but in truth, the old dynamism is not there from the former England captain.

Koeman has to plead guilty to packing his squad with No. 10s: Rooney, Sigurdsson, Klaassen and, when fit, Ross Barkley. With all those No. 10s and no genuine No. 9, Everton have been at sixes and sevens. An aging defence in which Leighton Baines, Ashley Williams and Phil Jagielka are all the wrong side of 32 is not helping the cause.

The return of long-term injured stars Seamus Coleman, Yannick Bolasie, Ramiro Funes-Mori and Barkley might spark an Everton revival, but that isn’t happening anytime soon, which makes inheriting this unbalanced squad something of a poisoned chalice for whomever takes over.

The club is big enough to attract a decent list of candidates, and the likes of Sam Allardyce and Chris Coleman would have obvious appeal. The name of Sean Dyche, who has done such a fine job defying gravity with Burnley, would also be an intriguing choice. But the task is huge. This team is slow, short of ideas and bereft of confidence. Most significantly, Everton are paying the price for failing to replace the main man Lukaku, especially when they knew he would be going for a long time before he joined Manchester United.

For Koeman, it’s not so much the players he bought as the one he sold that led him to lose his job.