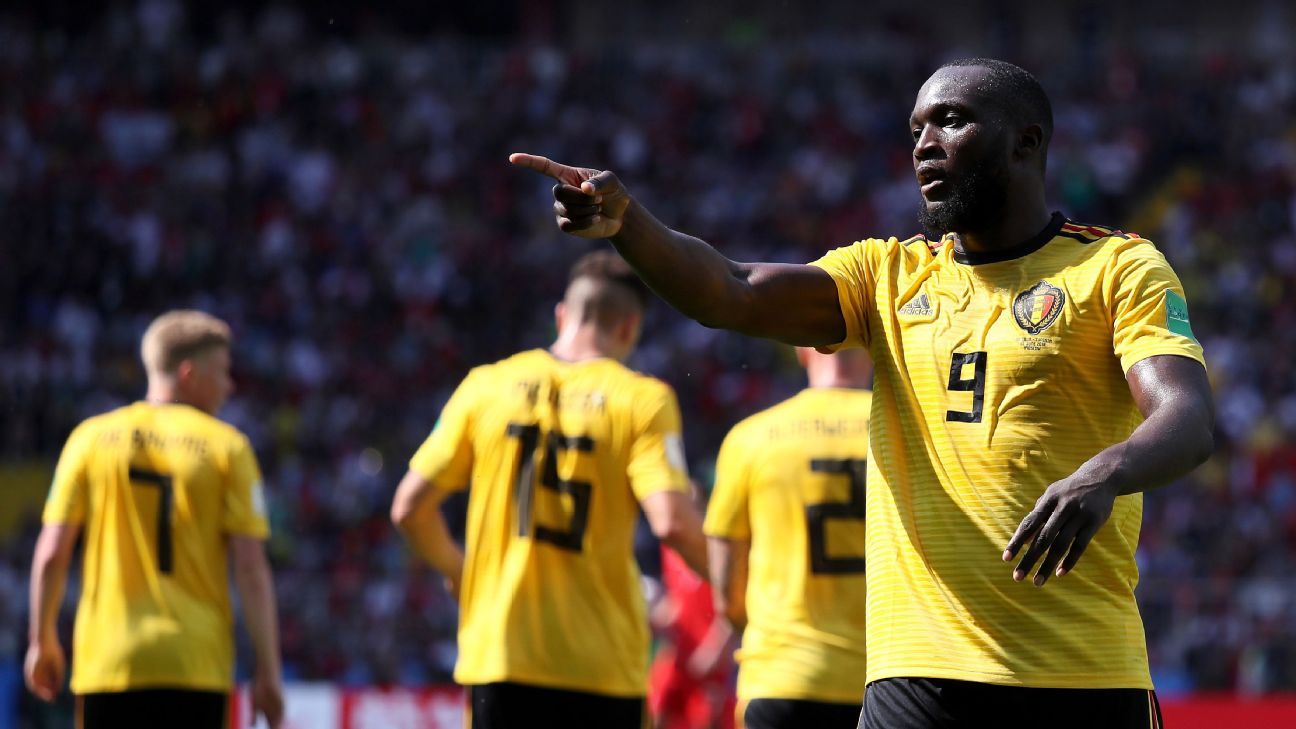 
The excellent news for Manchester United is that Romelu Lukaku has had a stellar World Cup, with four goals in his first two games as Belgium have dismissed their opponents. Some will quickly counter that they have only so far faced Tunisia and Panama, the latter being by some distance the worst team at the World Cup. Yet Lukaku’s intelligent play and general presence would have unsettled far better sides than the two he and his colleagues have dispatched.

His goals have shown the range of finishing that exists within his game. He is surprisingly elusive for such a large figure, drifting away from his Tunisian marker to head his first from a few yards out. Later, in the same match, he tore through on goal before chipping the onrushing goalkeeper with his left foot. Against Panama, he let the ball across his body with an understated dummy before thrashing it home with his left, and then later ran through and chipped the keeper with his weaker right foot.

It now seems so long ago that Alvaro Morata, and not Lukaku, was the first choice to solve United’s problems at the centre-forward position. In fairness to Morata, who did not even make the Spain squad for this tournament, the former Juventus and Real Madrid man initially seemed like the better fit for the position. He was technically more adept than Lukaku, and his playmaking was a notable part of his game, having combined superbly with his teammates in the UEFA Champions League.

Yet Lukaku’s game has evolved significantly since then — and his exploits with Belgium suggest the exciting things that United can expect next season. Lukaku will continue to offer goals, and an ever greater number of assists, seeing how often he drops deep and wide to help build up the play. But the most impressive thing about Lukaku, both on and off the pitch, is his leadership.

During breaks in play, Lukaku could be seen at the centre of a huddle of his Belgium teammates, urging them to victory. During a widely-shared essay and video interview with The Players’ Tribune, Lukaku spoke inspiringly of overcoming poverty and racism. With his forthright nature and comfort leading the line, Lukaku looks absolutely like the natural heir to Ruud van Nistelrooy.

Yet maybe comfort is the wrong word. There is nothing complacent about Lukaku, such is his desire to improve. Yet if improvement is to come, it must be encouraged through playing the kind of game that suits him. Eden Hazard and Kevin De Bruyne have provided Lukaku with the type of service that he thrives upon — through-balls into space and crosses — yet which, at Old Trafford, he so far receives only fitfully. Of course, Hazard and De Bruyne are not everyday talents, but there is no reason why Paul Pogba, Jesse Lingard and a new winger cannot handle this creative responsibility between them.

The future for Lukaku and United thus seems like a hopeful place, with the Belgian currently looking as totemic for club and country as Harry Kane does for Tottenham Hotspur and England. If he avoids injury, he should score beyond 30 goals next season — and, in the process, confirm his club as one of the most compelling challengers for the Premier League title.

What’s more, given his self-assurance and natural authority, maybe he could one day be the captain of Manchester United.