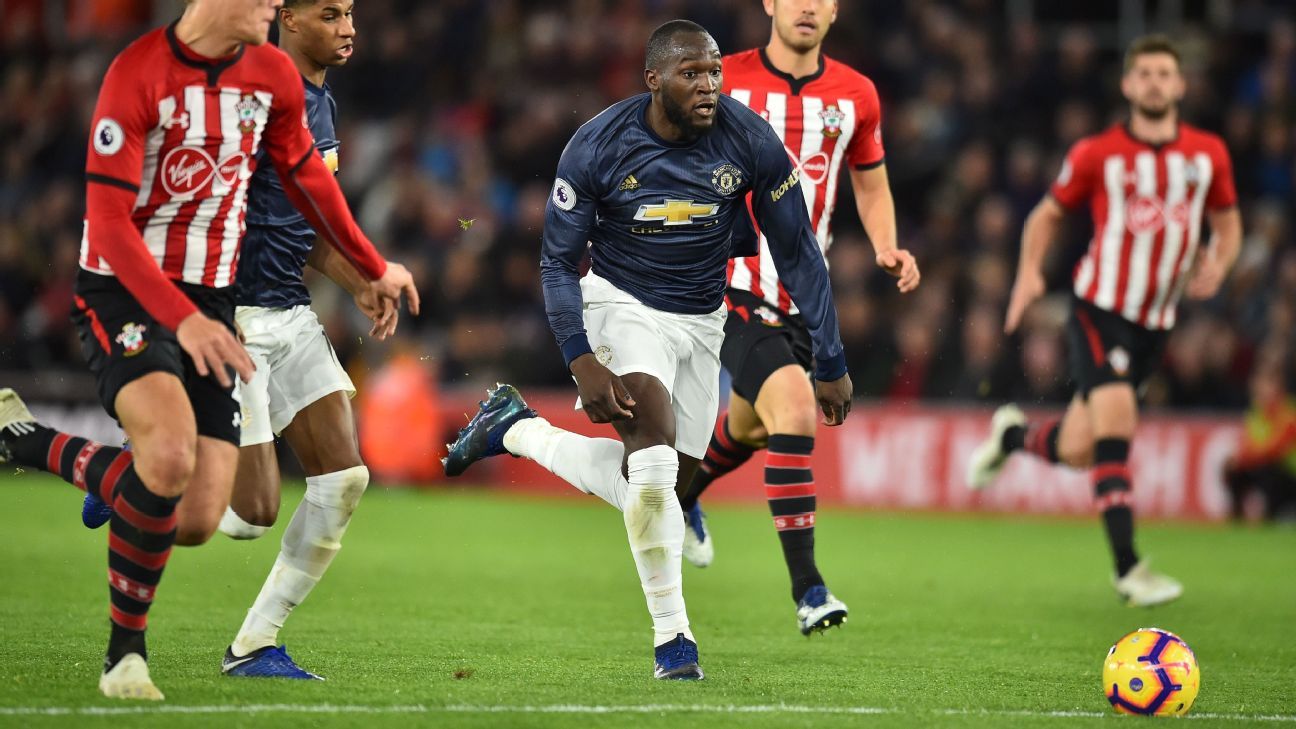 
Manchester United staged another fight back against Southampton but Jose Mourinho’s team dropped more points in their bid to climb the Premier League table. A 2-2 draw at St Mary’s was a positive result considering they found themselves 2-0 down inside 20 minutes, but Mark Hughes’ side started the day in the bottom three and it was a game United had to win. A title challenge is already long gone and the gap to the top four is growing by the week. It was another disappointing day.

Romelu Lukaku had not scored for United since Sep. 15 before netting for fifth time this season against Southampton — a run stretching 12 games. It was not a finish that suggested the Belgian is short of confidence and Mourinho will hope it triggers a purple patch for his main goalscorer.

Mourinho has asked time and time again in recent weeks for his team to start quickly but again on Saturday it was exactly the opposite. Stuart Armstrong’s goal after 13 minutes was the 10th time that United have conceded the first goal in just their 20th game of the campaign. It was also the sixth time this season they have found themselves 2-0 down in 14 league games this season. After back to 2-2 before half-time you expected United to go on to win, and the way the second half was allowed to drift was strange in the circumstances.

5 — The Portuguese coach said he was forced to pick Nemanja Matic and Scott McTominay in a back three because of injuries to Victor Lindelof, Eric Bailly and Chris Smalling. His decision to leave out Anthony Martial raised eyebrows, as well, as did the choice to leave his substitutions so late.

GK David De Gea, 7 — He hasn’t done a lot wrong this season but has still conceded 23 goals in 14 league games this season. Shows how well protected he has been. Made a good save from Nathan Redmond’s long range drive.

DF Ashley Young, 6 — Did his best to get forward to add width to United’s attack whenever he could — whether it was on the right or the left.

DF Luke Shaw, 6 — Battled hard at the ground where he made his debut in senior football and was on the end of a couple of robust challenges before being forced off with injury.

DF Phil Jones, 7 — The only recognised central defender in United’s back three and did his best to marshal Matic and McTominay on just his second league start of the season.

DF Scott McTominay, 6 — Given his first start since the beginning of October in an unfamiliar position. Made one important challenge on Michael Obafemi in the penalty area.

DF Nemanja Matic, 5 — Asked to play at centre-back for the first time this season, he didn’t do enough to close down Stuart Armstrong before he gave Southampton an early lead.

MF Ander Herrera, 7 — Back in the starting XI after two matches in the stands, the Spaniard scored his first Premier League goal since April 2017 with a clever finish at the near post.

MF Marouane Fellaini, 5 — Asked to replace Matic as the deepest of United’s midfielders. Could have done better in the build up to Southampton’s first goal by making a challenge on the edge of the box.

MF Paul Pogba, 4 — Another quiet game. Flashes of skill were less frequent than the times the Frenchman needlessly gave the ball away. Wanted too many touches on too many occasions.

FW Marcus Rashford, 8 — Gave away the free-kick from which Cedric scored Southampton’s second but redeemed himself by setting up Lukaku and Herrera to get United back to 2-2. Looked like United’s most dangerous player and was unlucky that an ankle injury forced him off.

FW Romelu Lukaku, 6 — Ended a run of 12 games without a goal with an emphatic finish to get United back into the game at 2-1 but his performance was littered with poor touches.