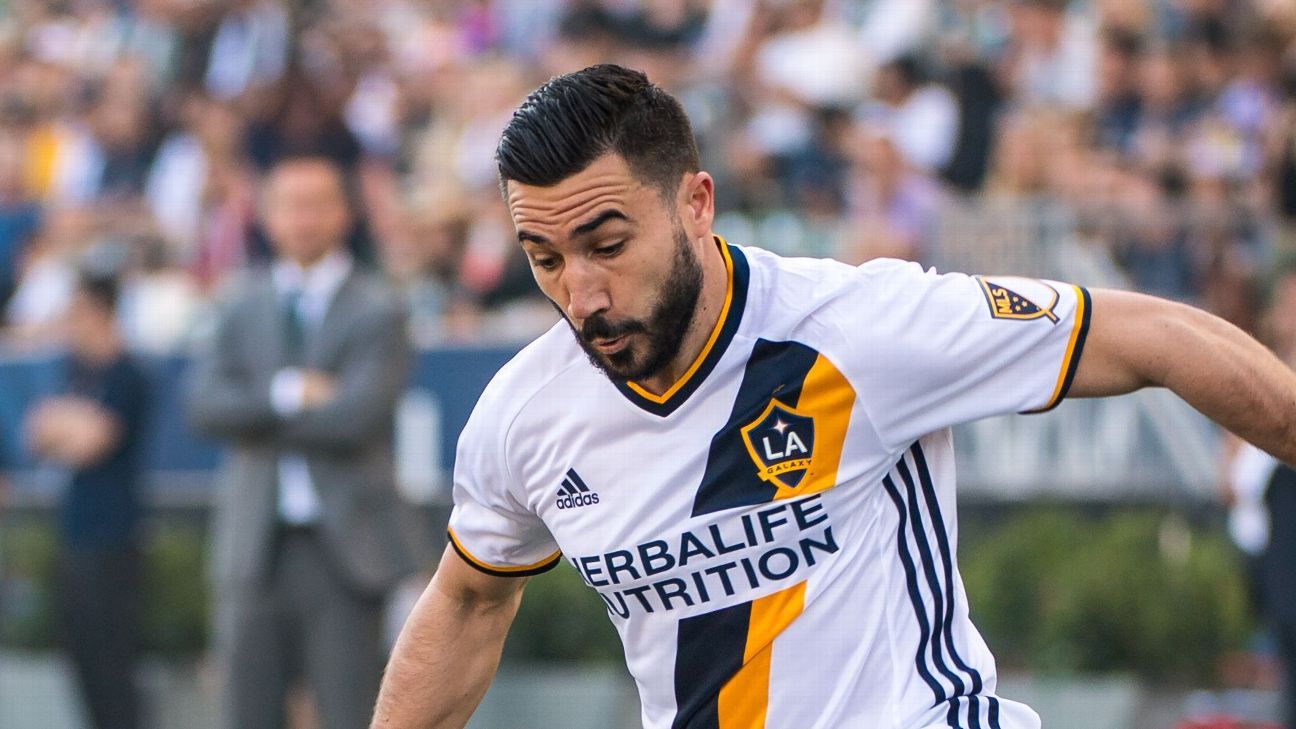 
The MLS All-Star roster is now complete with the announcement of the 13 players who will be joining the MLS All-Star Fan XI that was announced just under two weeks ago.

Here are some thoughts on the group that has been selected to square off against mighty Real Madrid in Chicago on Aug. 2.

Between the fan-selected XI and the roster additions made public on Tuesday, there are a few players headed to Chicago who are taking spots from some more deserving players.

Among those fortunate to be included on the roster are DaMarcus Beasley, Graham Zusi, Kaka and Giovani dos Santos. In the case of defenders Beasley and Zusi, Justin Morrow of Toronto FC and Florian Jungwirth of the San Jose Earthquakes are two who would have been better choices.

As for midfield, it was attacking midfielder Romain Alessandrini — not Dos Santos — who at times this season has single-handedly kept the L.A. Galaxy afloat, while Columbus Crew winger Justin Meram should be ahead of the injury-riddled Kaka.

It is noteworthy as well to see Toronto FC midfielder Victor Vazquez left off the squad. The Spaniard is tied for the league lead in assists with 10 and has expertly linked the TFC midfield and attack, something that the team lacked in previous seasons. Also missing out is Erick Torres. “El Cubo” is enjoying a renaissance in Houston under Wilmer Cabrera and has 12 goals this season after having gone goalless in 2015 and 2016.

The Chicago Fire have had only one All-Star since 2013 (Brandon Vincent in 2016), but there is a new dawn in 2017 and this year’s All-Star team is littered with players from the Fire.

Johan Kappelhof is a bit of a surprise inclusion in defense, but not Dax McCarty in midfield, where he joins fan-selection slam dunk Bastian Schweinsteiger. Up front, league-leading scorer Nemanja Nikolic (16 goals) is deservedly included, but perhaps also worthy of a nod is David Accam, who misses out despite having scored 10 goals with seven assists.

The inclusion of Colorado Rapids goalkeeper Tim Howard in the Fan XI is understandable. He was the hero for the United States during the 2014 World Cup run and remains the No. 1 stopper for the national team. Even the most casual of soccer fans in the U.S. know Howard.

However, Sporting Kansas City’s Tim Melia will feel rightly snubbed after failing to get selected ahead of Stefan Frei. This is not to slight Frei; he’s been good, especially in the last month or two, but Melia has consistently been the best goalkeeper in MLS this season, allowing just 14 goals in 20 matches and saving three penalty kicks.

4. No love for Ike Opara

The most glaring oversight in defense is without question Sporting Kansas City center-back Ike Opara. After overcoming several injury-plagued seasons, it has been great to see Opara emerge as a force on arguably the league’s best back line this season. But misfortune struck again, as Opara suffered a grade 3 concussion in a U.S. Open Cup game against FC Dallas. The concussion will keep Opara out for a while, but he still should have been included on the squad, and the league could have named his injury replacement.

5. The commish gets it right … and wrong

Lastly, we arrive at the two picks of MLS commissioner Don Garber: FC Dallas midfielder Kellyn Acosta and Sporting Kansas City forward Dom Dwyer. Garber nails the Acosta pick. Acosta has emerged as one of the best midfielders in the league and is becoming a staple of the U.S. national team. No argument there.

The Dwyer pick, on the other hand, will certainly prompt some debate. Dwyer’s work rate is above reproach and he has five goals this season, but a case can be made for two forwards who also missed out on a national team call-up for the Gold Cup: C.J. Sapong of the Philadelphia Union and Christian Ramirez of Minnesota United.

Sapong has been really good with his hold-up play this season and has nine goals. At least Sapong can take solace in making U.S. coach Bruce Arena’s provisional Gold Cup roster. Ramirez didn’t even get a sniff and now has a bigger chip on his shoulder after failing to make the All-Star team despite 10 goals. Don’t feel badly for Philly and Minnesota fans, though. These snubs will probably only inspire Sapong and Ramirez to be even better in the second half of the season.

Arsenal struggle as 4/10 Xhaka hands Burnley draw and 5/10 Pepe highlights attacking woes
Milan’s Ibrahimovic out of Man Utd Europa League first leg
Inter Miami Inter Milan in settlement talks over ‘Inter’ trademark dispute
Will the tournament go ahead? Who will host? Will fans be allowed to attend?
Are USMNT star’s lack of minutes cause for concern? What’s the future hold?