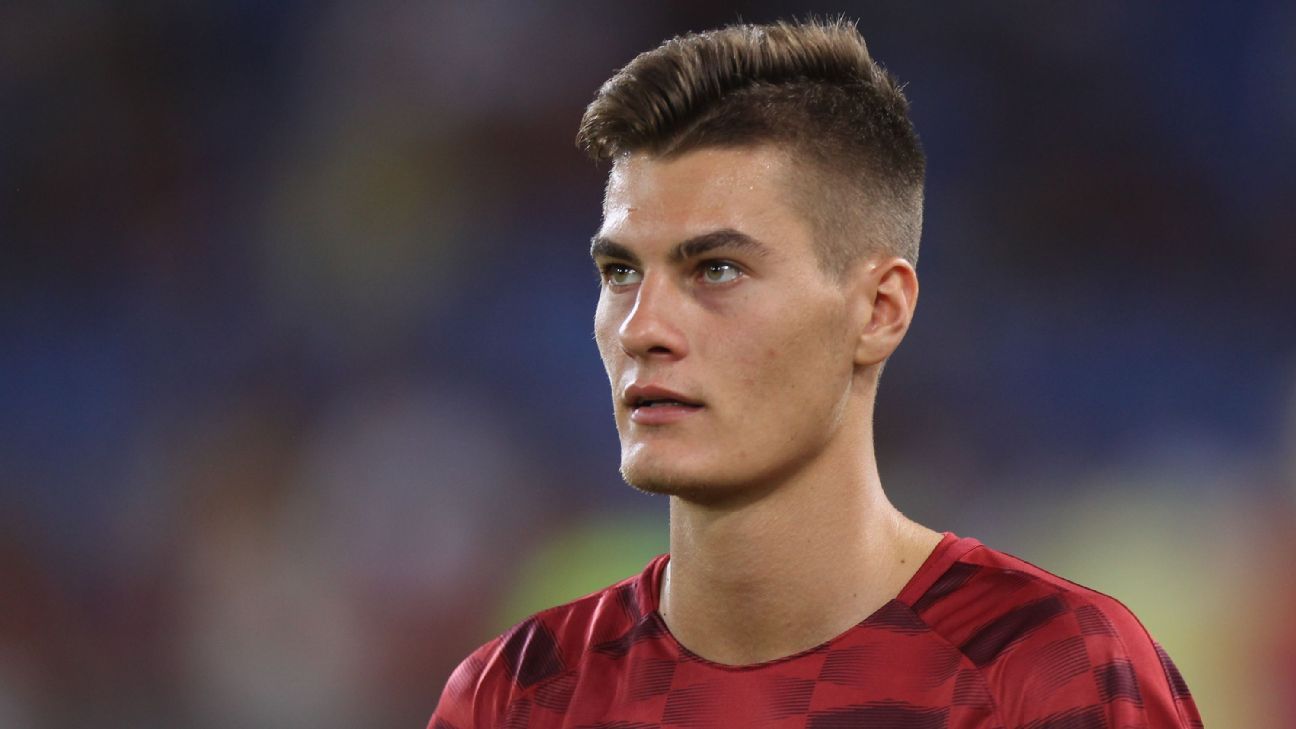 
While other clubs were scampering around for last-minute deals on deadline day, Roma’s new club-record signing, Patrik Schick, was preparing for Friday night’s charity match with Chapecoense and the Giallorossi were congratulating themselves on a transfer window well done. Sporting Director Monchi finished his first topsy-turvy Roma window on a high, breaking the club’s transfer fee record to nab the promising 21-year-old from under Inter Milan’s noses and giving Romanisti a boost after a stuffy opening fortnight to the new Serie A season.

On Wednesday the Spaniard had already pronounced Schick, a €42 million arrival from Sampdoria, to be his last purchase of the summer, meaning that no reinforcements were coming for a back line that has been added to but decimated injuries, and given the way they were cut to ribbons by Inter’s Mauro Icardi on Saturday, that is a worry. Nevertheless the arrival of Schick (as well as being a headline writer’s dream) gives Roma’s faltering front line a new dimension and a finally a quality replacement for Mohamed Salah. It also adds a rosier glow to what almost turned out to be a frustrating summer’s business.

Both the Gazzetta dello Sport and the Corriere dello Sport gave Rome 7/10 for their work in the summer window and that high score hangs largely on the signing of Schick, who plugs a major gap in the first XI and gives fans the big coup they needed after failing to get Leicester to sell them Riyad Mahrez at a cut price.

Roma’s transfer activity in the early summer mainly concentrated on off-loading a couple of big names for large fees and then bolstering the squad with solid reinforcements that will help Di Francesco come the start of the Champions League.

Italy international midfielder Lorenzo Pellegrini and Dutch right-back Rick Karsdorp in particular are exciting young players who bring something new to their respective positions; should Karsdorp recover from his apparently routine summer knee surgery in the same form he showed with Feyenoord last season, Roma will have a much-improved right flank.

Meanwhile, left-back Aleksandar Kolarov has been hugely impressive in the first two rounds of the new season and will keep Roma in good stead while Emerson Palmieri recovers from his ACL injury. Bringing in all three for just over €30 million was great business and with the sales of Mohamed Salah and Antonio Rudiger bringing in €82m (including bonuses), Roma had ample room to splash some cash on upgrading their attack.

Even with the chunky fee for Schick, Roma closed their summer window with a profit on sales and purchases of around €25m while also managing to cut their wage bill by five percent — in part by halving Daniele De Rossi’s salary and bringing in a coach who earns half of predecessor Luciano Spalletti’s wages. No wonder Roma called Schick the “cherry on the cake.”

Whether the young attacker fulfils the promise he showed at Sampdoria depends on Eusebio Di Francesco’s ability to adapt. The coach likes to play with an intense, high-pressing style that sees the wide players in a front three get at the opposition full-backs and protect their own. In that sense, Gregoire Defrel played perfectly well in Roma’s 3-1 defeat at the hands of Inter but he offered little creativity — understandably, given that he’s a centre-forward by trade — and has shown no sign of linking up with Edin Dzeko like Salah did. Seven of Salah’s 11 league assists last season were for Dzeko and as well as scoring 34 goals during his two-year spell at Roma, he notched 17 assists overall: more than any of his former teammates in that period.

Di Francesco has a conundrum as Schick will bring a more cerebral, less physical style of play to the right flank, and Friday night’s 30-minute cameo against Chapecoense showed that. The coach will introduce his new charge slowly to the team due to his interrupted preseason preparations and the fact that he hasn’t yet played a Serie A match. It should also give him time to figure out how best to deploy Schick, who like Defrel is really a central attacker rather than a winger.

If Di Francesco succeeds in either adapting him to his preferred 4-3-3 formation or even adjusting his set-up to accommodate the new arrival then even beating the fee paid for Gabriel Batistuta could turn out to be a real bargain. Even if some typically pessimistic Romanisti are already worried he might turn out to be another Juan Iturbe.