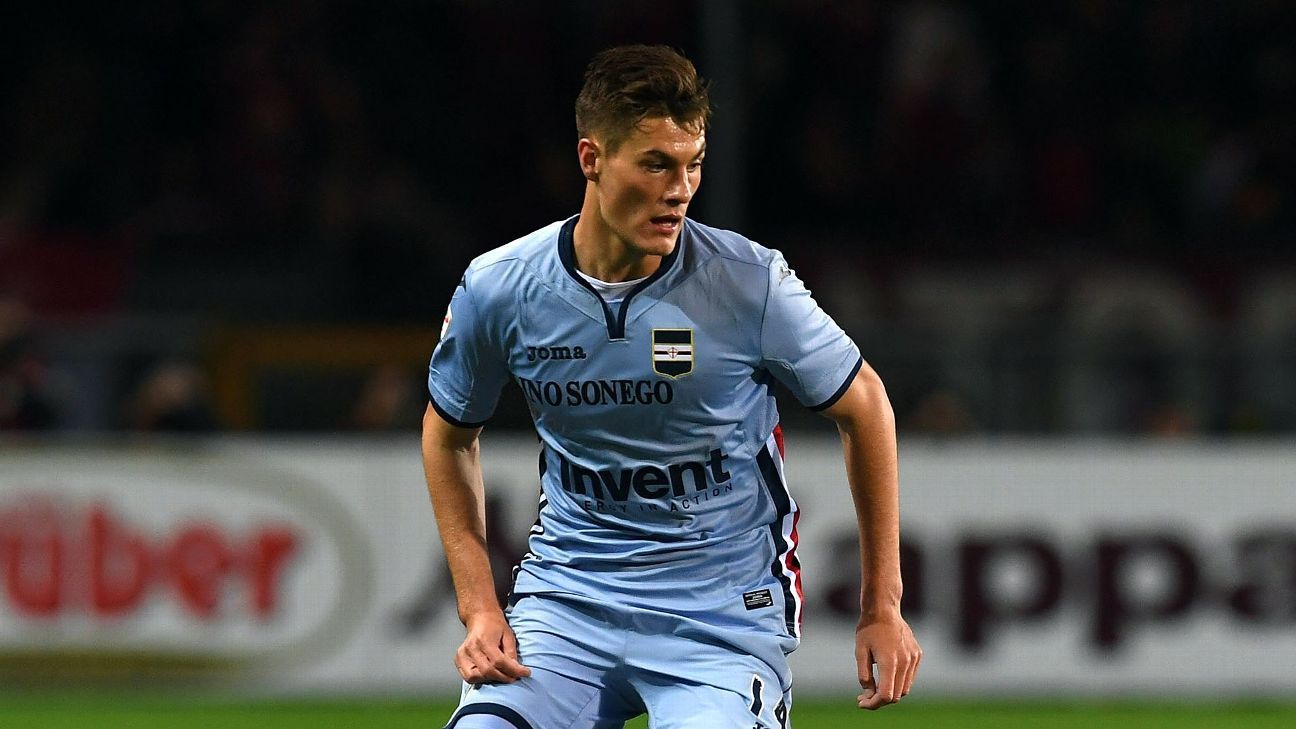 
Roma’s meeting with Inter Milan on Saturday night is Serie A’s first big-time clash of the season, and it comes with a tasty narrative: Luciano Spalletti’s return to the Eternal City as manager of the hated Milanese giants, the same team with which the Tuscan locked horns so often during his first spell as Roma coach (2005-09), beating the then-dominant Nerazzuri to two Coppa Italia titles in the process.

Out on the pitch, Spalletti is sure to get a hot reception from the Stadio Olimpico crowd, which in May — overcome with the emotion of Francesco Totti’s farewell — roundly booed their then-manager even though Roma were poised to conquer club records for points and total goals. But the two clubs are also currently battling behind the scenes over one of the summer’s most intriguing transfer targets — silky Sampdoria striker Patrik Schick.

The exciting, young Czech attacker looked destined for Juventus in July until a heart problem showed up during his medical with the champions. With him given the subsequent all-clear and Juve already having lined up Federico Bernardeschi instead, the 21-year-old, who scored 11 goals and made five assists in 35 appearances for Samp last season, seemed to be the transfer coup of the summer for Inter. “He’ll go where his heart takes him,” joked Sampdoria president Massimo Ferrero at the time, but that may not end up being Milan.

“I can confirm that Roma are much further ahead than the other suitors for Schick,” said Ferrero on Wednesday.

The businessman, who grew up in the Testaccio neighbourhood just south of Rome’s historic centre, is trying to push the rising star to his boyhood team, while the player and his entourage prefer Inter. With Schick’s current contract stretching out until 2020, Ferrero can happily keep the player at Samp and cash in next summer rather than take what he feels is a substandard offer from Inter.

Ferrero might be a Roma fan but his desire to see him in Giallorosso is all about the money. Inter have reportedly had their wings clipped in the transfer market by owners Suning as the Chinese government puts the brakes on overseas spending, and now they have to sell to be able to buy. As such, Inter sporting director Piero Ausilio and his Suning counterpart Walter Sabatini have presented an offer that has left room for Roma to nip past on the final bend: €5 million now, plus another €30m spread over three years. Roma sporting director Monchi & Co., meanwhile, have reportedly offered €6m to be paid immediately, plus €13m next year and another €20m spread over the following five years, beating Inter for both up-front cash and total fee.

Aware that the decision over whether to come to Rome is also in the player’s hands and having already convinced Sampdoria, Roma have been laying on a charm offensive in hopes of beating Inter at the last minute. Both coach Eusebio Di Francesco and the newly suited-up Totti have spoken to Schick in the hope of convincing him Rome is the place to be. Meanwhile, ahead of Thursday’s Champions League group stage draw, Monchi and Roma’s general manager Mauro Baldissoni held a lunchtime meeting with Schick’s representatives in order to hash out a deal that would draw their gaze away from Milan.

As well as matching the €2.5m a year salary offered to Schick by Inter, Roma can also offer the Czech international a bigger playing role. While at Inter (as at Juve) he would have been a bit-part player, with Mauro Icardi, Ivan Perisic and Antonio Candreva all difficult to dislodge — especially given the lack of European football — at Roma he would be given plenty of game time, and a chance to shine in the Champions League. In fact, Roma could desperately do with someone who can score goals like this at the weekend.

Throughout preseason and in their league opener at Atalanta last week — where Aleksandar Kolarov’s cheeky free kick winner was their only shot on target — Roma have struggled in attack. A long-winded and fruitless chase for Leicester’s Riyad Mahrez has left the Giallorossi short up front, with Gregoire Defrel an enthusiastic downgrade from Mohamed Salah, and Edin Dzeko looks isolated despite having two attackers alongside him in a 4-3-3 formation. Inter, meanwhile, look full of goals, and played the best football of the opening day in their 3-0 bashing of Fiorentina. New centre-back Milan Skriniar — Schick’s old Samp teammate — already looks at ease on the bigger stage.

Schick can play across the front line, and while he’s not perfectly adapted to Di Francesco’s high-energy, pressing style, he is better-suited to the right than Defrel, who was brought in as back up for Dzeko while Roma pushed for Mahrez. If they’re to stake a claim for Serie A’s top spots, Roma will need more flare going forward, and if that means accommodating a player who doesn’t perfectly fit Di Francesco’s high-intensity, pressing style, well maybe that’s a sacrifice worth making.