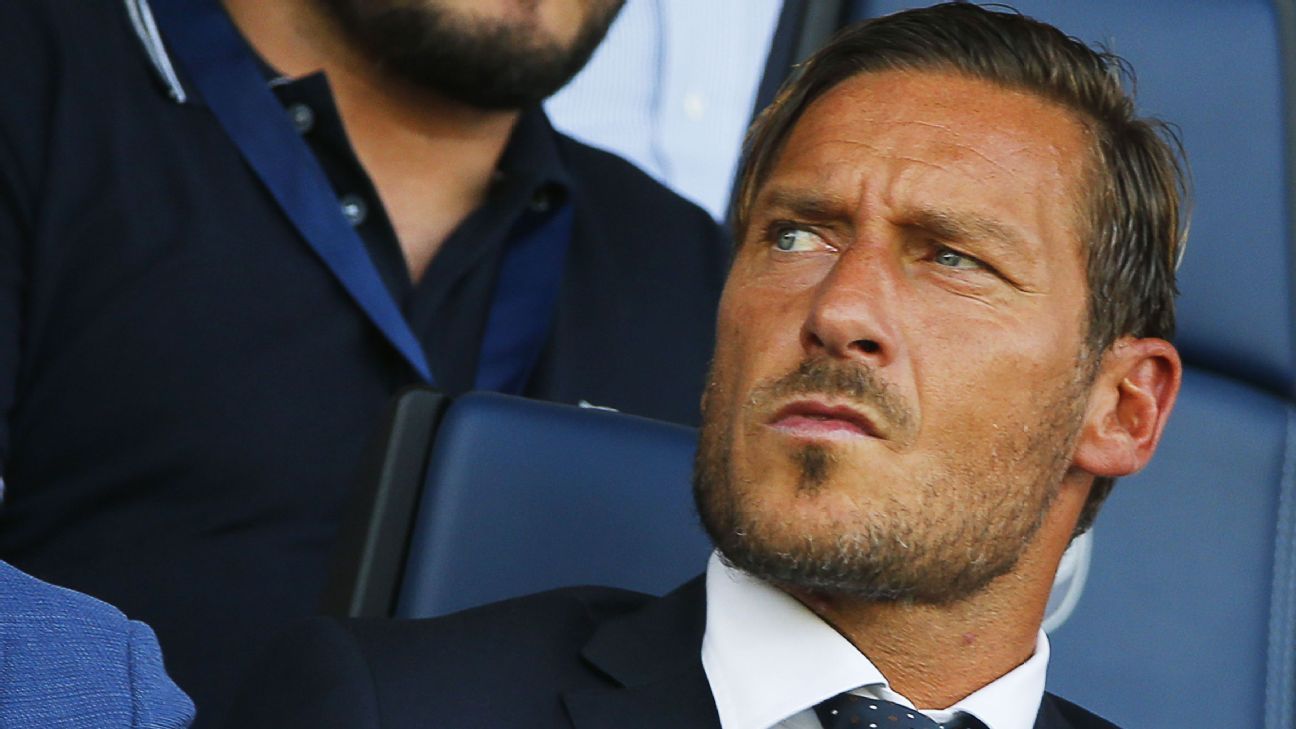 
Francesco Totti has started studying for his coaching badges by joining a UEFA B Licence course in Rome on Monday.

The 40-year-old, who brought an end to his 25-year playing career — all spent with Roma — at the end of last season, has started a seven-week course which, together with around 50 other budding coaches, will involve 144 contact hours leading up to an exam in December.

Should he successfully obtain his preliminary coaching badge, Totti would be qualified to coach a club up to Italy’s fourth division, or a youth team. He could also continue to study for an A Licence and UEFA Pro Licence should he harbour ambitions of coaching Roma’s first team one day.

Totti will attend the course at Roma’s Trigoria training centre, where he is already working on a daily basis as a club director, lending his experience to the club’s pursuit of a first Serie A title since 2001.

They face stiff competition for that objective this season, though, according to midfielder Kevin Strootman.

“It’s going to be a tough, even Serie A,” he said in a Q&A session on Roma’s Facebook page. “There are Napoli, Juventus, [AC] Milan, Roma, Lazio and Inter [Milan], and I think it is going to be a very difficult year, but let’s talk about it again in three months. It’s hard to judge now because the season has only just started.”

Roma are currently eighth with two wins and a defeat from their first three games of the season, although they have a game in hand since their trip to Sampdoria 10 days ago was postponed.

Strootman is, therefore, still optimistic about Roma’s chances and happy to be part of a midfield alongside a player he describes as one of the game’s elite.

“[Radja] Nainggolan is one of the best midfielders in the world,” he said. “He can score and he can defend — he can do everything. It’s special to play with him and he could play in any club in Europe so we’re all delighted that he stayed with us. I’ve got a great relationship with him both on and off the field.

“I’ve experienced many special moments since arriving here, both positive and negative. The city is beautiful and if I get one or two free days, I stay here rather than go back to Holland. This club and the city are special for me.”