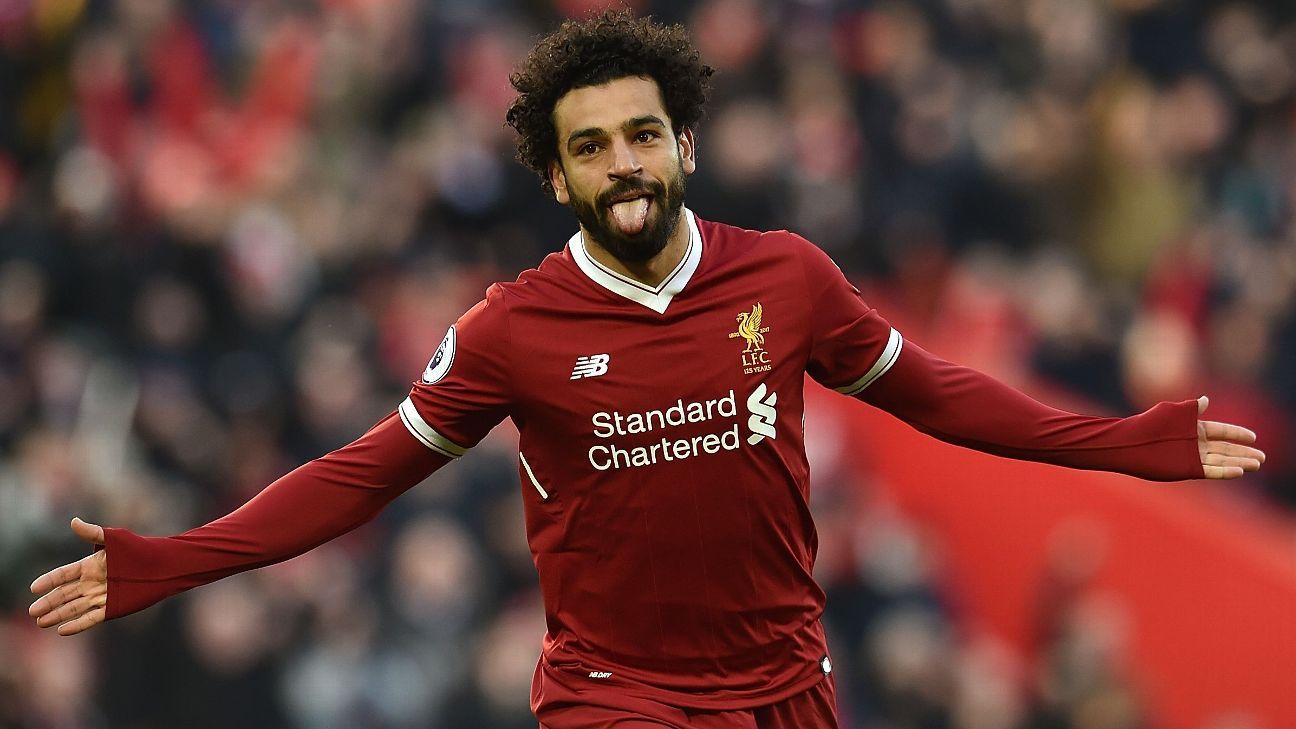 
ROME — Roma’s transfer market mastermind feels like he owes fans an explanation as to why he sold Mohamed Salah for what now seems like a bargain price.

Salah’s value has skyrocketed since Ramon “Monchi” Rodriguez sent him to Liverpool for €42 million (slightly more than $50 million) last June.

With 28 goals in 30 English Premier League matches this season, nobody in Europe’s top five leagues has scored more than Salah.

Salah has already nearly doubled his output of 15 goals for Roma in Serie A last season — which was a career-high for the speedy Egypt international. Overall he has 36 goals in 40 matches in all competitions since joining Liverpool.

“On Salah there are two important things to understand,” Monchi said at Rome’s Foreign Press Association on Wednesday. “First, Salah was sold before the Neymar effect revolutionized the market. Second, we had a necessity to sell Salah before June 30.”

Facing potential financial fair play penalties from UEFA, Roma needed to balance their books by the end of June and the Salah sale erased a big chunk of the club’s deficit.

“Anyone who understands a bit of this business knows that that’s like having a sword pointed at your neck,” Monchi said. “So taking into account these two conditions, I think we made a sale that was fairly big.”

Just a few months later, however, the transfer market spiraled out of control when Neymar left Barcelona for Paris Saint-Germain for a world-record fee of €222m. Also, Kylian Mbappe went from Monaco to PSG in a deal that could reach €145m and Ousmane Dembele’s move from Borussia Dortmund to Barcelona also topped the €100m mark.

Then in January, Liverpool sent Philippe Coutinho to Barcelona in a move that also reportedly exceeded €100m.

Salah’s current value is an estimated €162.8m, according to the CIES Football Observatory.

“True, he then became an incredible player and with the Neymar effect and Mbappe, Dembele, Coutinho, he surely demands a higher price now,” Monchi said. “But these two things are important to understand. Otherwise it seems that Monchi is a bit blind.”

At the time of the transfer, Monchi had a hard time believing that Salah would prosper in the English Premier League.

“It’s strange, because he returned to a league where he didn’t perform well in before when he was at Chelsea,” Monchi said. “But he found a coach that believed in him and great teammates. It’s a squad that suits his style of football more.”

The Salah sale was one of Monchi’s first big moves since taking over the job as Roma’s sporting director a year ago.

The Spaniard, who gained a reputation for discovering talented players when he was at Sevilla, doesn’t plan on repeating the move with another big sale this summer.

Brazil international goalkeeper Alisson has been rumoured to leave Roma with some of the biggest clubs in Europe interested.

“If we’re talking about next year I think so,” Monchi said when asked if Alisson would stay. “We really don’t have a necessity to sell Alisson. We’re happy to have one of the top five goalkeepers in the world. Now we should just enjoy his presence with Roma.”

Still, it’s Monchi’s style to continually see how much his players are worth — which is why he dangled Edin Dzeko up for a possible sale to Chelsea in January.

Dzeko then announced he was dedicating his future to Roma and recently helped the Giallorossi reach the Champions League quarterfinals for the first time in a decade.

Monchi’s signing of Turkey winger Cengiz Under, who has blossomed into a consistent scorer over the past two months, has gained special praise.

“And we have another player that has been chosen and bought by Monchi which is Rick Karsdorp,” Roma CEO Umberto Gandini told The Associated Press earlier this week. “Unfortunately he has missed most of the season for injuries but he’s another player we think will be very important.

“We are very pleased that Monchi decided to join us, to join our project,” Gandini added. “The fact that he elected to come to this club instead of other big clubs from Europe which were after him is a good sign for the legitimacy of our project and what we can achieve with this team, with this ownership and in this fantastic city.”