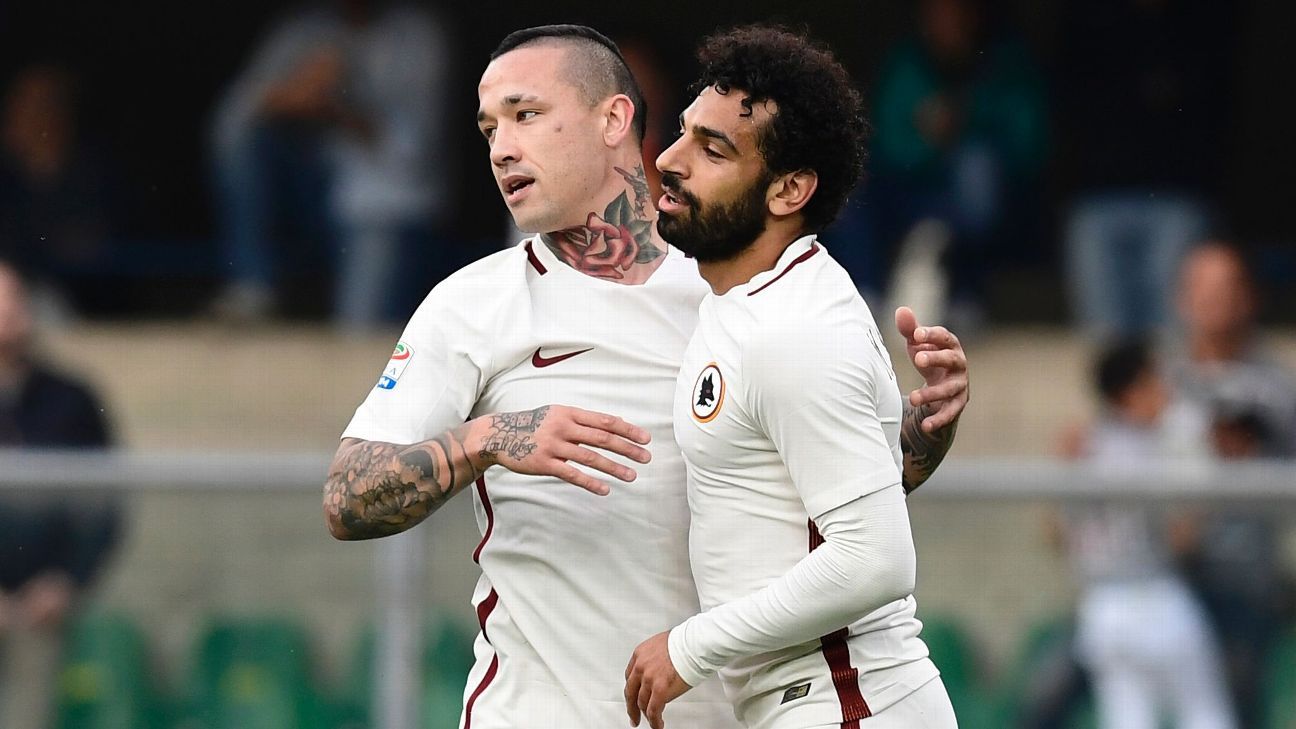 
Roma coach Eusebio Di Francesco has criticised new Liverpool winger Mohamed Salah for suggesting Radja Nainggolan will be next to leave the Giallorossi.

Salah was replying to a post on Kevin Strootman’s Instagram page in which the Dutch midfielder said he hoped nobody else would be leaving Roma following Antonio Rudiger’s departure for Chelsea.

Salah, who left Roma for Liverpool last month, said it was “the time for Radja now.”

Di Francesco told Sky Sport Italia: “Salah has not been very nice. He made his choice to go to England and that has to be respected, but having said this, footballers should concentrate only on being footballers.”

Di Francesco said he hopes Nainggolan will not follow Salah, Mario Rui, Leandro Paredes, Wojciech Szczesny and Rudiger out of the door this summer, especially having also lost Francesco Totti following his retirement.

“He’s a great player and we want to keep a tight hold on him,” the former Sassuolo coach said. “He’s got really great qualities and will be coming to America [on a preseason tour] with us. We’ve got a great midfield and I’m delighted to have such players available.”