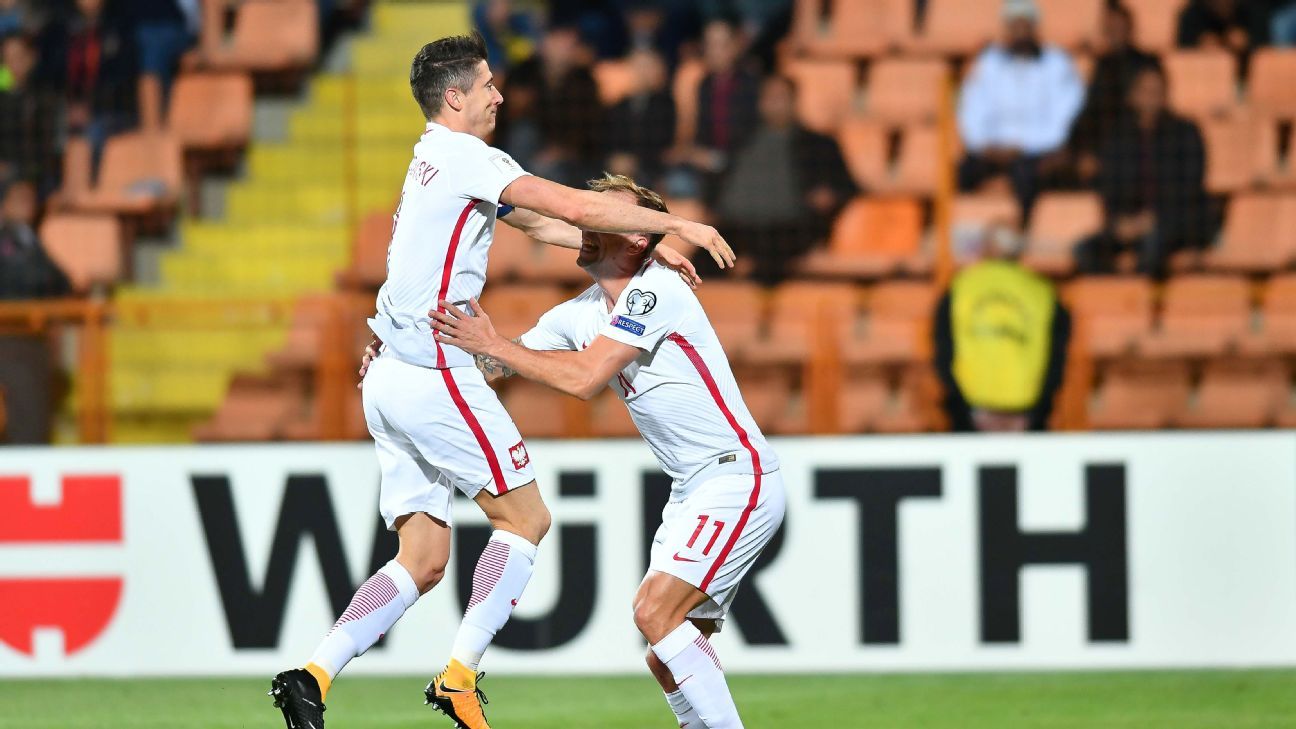 Lewandowski recorded the 48th and 49th goals in his career in the first half, surpassing the record of 48 for Wlodzimierz Lubanski, who played for Poland from 1963 to 1980.

Lewandowski, 29, then completed his hat trick in the second half to bring his record up to 50. He accomplished the feat in his 90th appearance for Poland, while Lubanski scored his in 75 games.

The Bayern Munich striker sent a free kick over the wall to match the record in the 18th minute, then went one better seven minutes later by forcing the ball over the line after an indirect free kick in the middle of the box.

He netted a third in the 64th minute, shortly after Jakub Blaszczykowski had struck for Poland.

The 6-1 win puts Poland on the doorstep of qualifying for Russia with a six-point lead in Group E over both Montenegro and Denmark, who play each other later on Thursday.