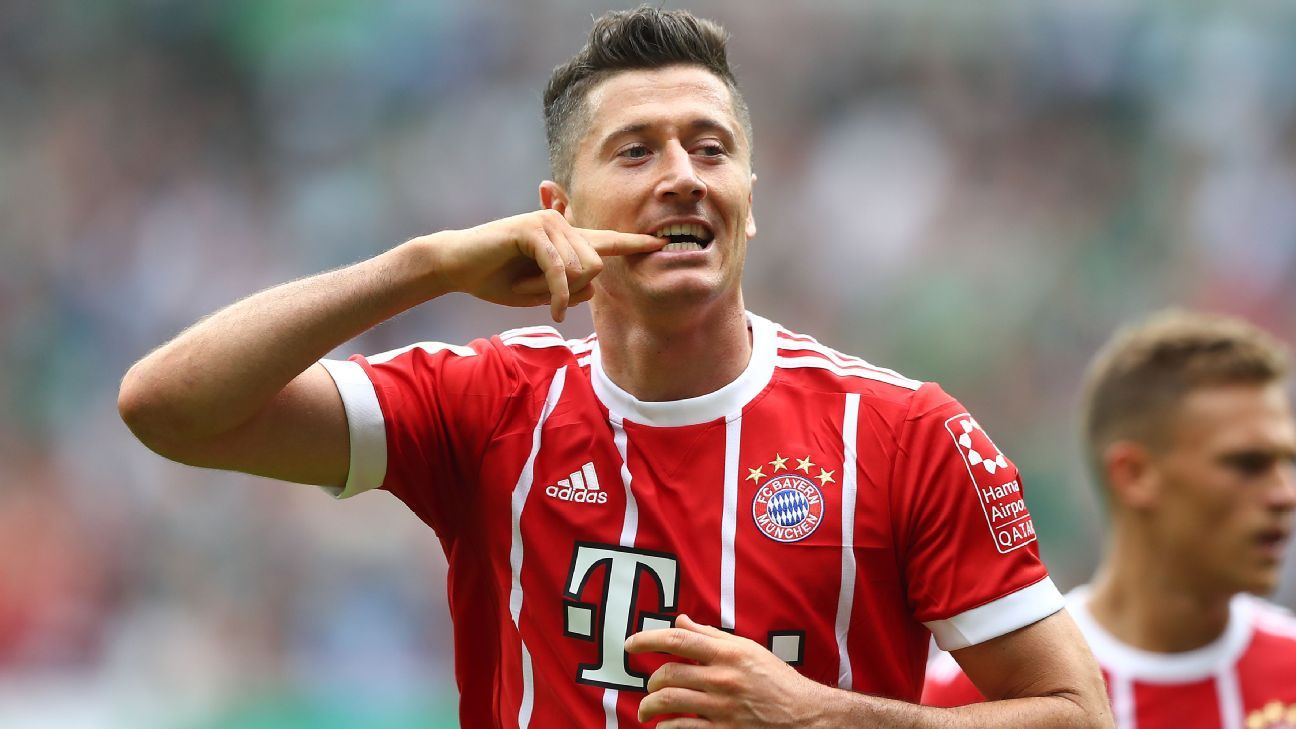 
MUNICH — A “highly motivated” Robert Lewandowski will return from injury for Bayern Munich in the Klassiker against former side Borussia Dortmund on Saturday.

Lewandowski, 29, sat out Tuesday’s 2-1 Champions League victory over Celtic with a hamstring strain suffered in the 2-0 win over RB Leipzig last Saturday, which took Bayern to the top of the Bundesliga for the first time this season.

However, Bayern coach Jupp Heynckes said at his prematch news conference that Lewandowski, a 2014 free transfer signing from Dortmund, would be fit to face his former employers on Saturday.

“Lewandowski didn’t have a serious injury, he complained of a heavy workload after a lot of games recently and an increase in training intensity,” he added. “With all the travel, different beds, you can never 100 percent recover from the workload.”

Heynckes said that Lewandowski sitting out the Celtic game was merely “a precaution.”

“He is an intelligent, young player and he knew if he kept playing he could have suffered a more serious muscle injury,” he added. “As a coach I have no use for players that aren’t 100 percent. He trained well yesterday, without any problems. He is 100 percent ready and highly motivated.”

Heynckes also confirmed that Jerome Boateng, Mats Hummels and Kingsley Coman would all be available after overcoming minor issues.

Bayern have won all three Bundesliga games since Heynckes took charge for a fourth term last month, reeling in a five-point deficit to assume a three-point lead over Dortmund.

Despite Dortmund’s recent struggles, picking up just a point in three games, Heynckes said Bayern will have to be wary.

“BVB have a very competitive team and against Bayern they will be more focused, motivated and concentrated than of late,” he said.

“Tomorrow is a Klassiker against an opponent with great tradition, super fans in a brilliant stadium. It will be an intensive game between two evenly matched sides. I expect to see all the modern footballing ingredients.

“We want to extend our winning streak. We still have huge potential to raise our game and I believe we can play even more attractive football.”

Meanwhile, Heynckes once again praised Javi Martinez’s contribution to the side.

“Javi is a really important player in our system,” he said. “He is an intelligent player, strong in the tackle and an excellent header of the ball. He is a top-class footballer too. See that pass to Lewy against Leipzig? Not many players can do that.

“In modern football, you need a reliable No. 6, a holding midfielder. When Barcelona were at their very best, they had [Sergio] Busquets, who was brilliant at holding his position. You need such players in the Champions League or Bundesliga against teams of equal standing.”

Heynckes recalled Martinez’s performance alongside Bastian Schweinsteiger in the Champions League final victory over Dortmund at Wembley in 2013.

“After 20 minutes BVB were well on top, but Javi then won three or four challenges in midfield and our machinery was up and running,” he said.

Heynckes has opted to restore Martinez to defensive midfield after predominately being employed in defence by predecessors Carlo Ancelotti and Pep Guardiola.

Heynckes said: “Although Martinez can play in central defence with his speed, he is not an ideal fit there in my opinion.”