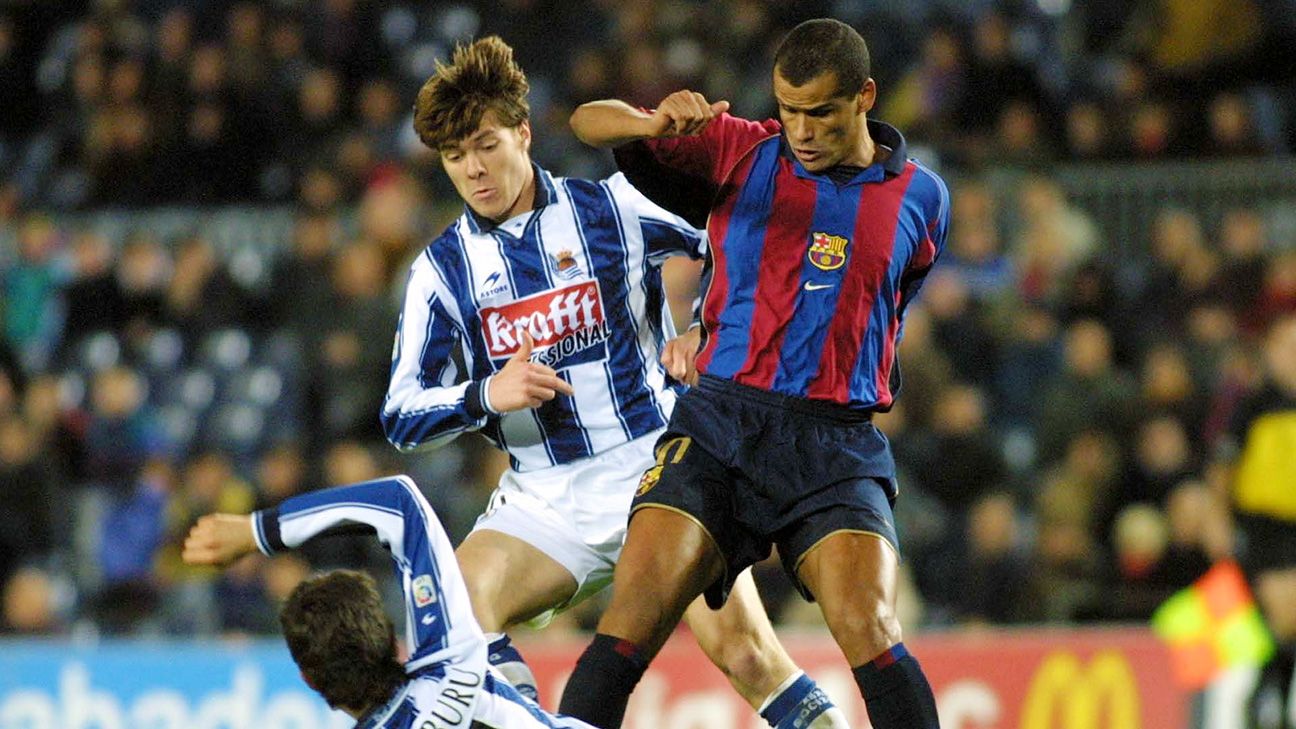 
Rivaldo and Patrick Kluivert are set to pull on a Barcelona shirt once again after it was confirmed that they’ve been added to the Catalan club’s squad for this month’s Legends match against Manchester United at Camp Nou.

The duo join Ronaldinho, Edgar Davids and Simao Sabrosa in signing up for the fixture against a United side which will feature Dimitar Berbatov, Ji Sung Park, and Dwight Yorke.

Former Brazil international Rivaldo played over 200 times for Barca between 1997 and 2002 and won the Ballon d’Or during his time at the club.

Kluivert, meanwhile, scored over 100 goals during a six-year spell at Camp Nou which ended in 2004 when he left for Premier League side Newcastle United.

The game against United was originally scheduled for last summer, but several of the players due to be involved had commitments revolving around the European Championship in France, meaning the game was rearranged for June 30 this year.

There will also be a return leg between the two sides, which will take place at Old Trafford on Sept. 2. Barca’s star-studded squad, managed by Jose Mari Bakero, will also include Juliano Belletti, Ludovic Giuly and Gaizka Mendieta.

The Blaugrana say the aim of the Legends team is “to globalise the club’s name and values” through a number of fixtures played across the world.

United’s Legends side is coached by Andy Ritchie and will also feature Jasper Blomqvist, Quinton Fortune and Mikael Sylvester.

All proceeds from the game will go to the Pediatric Cancer Centre Barcelona at Sant Joan de Deu hospital, which specialises in providing oncological treatment to children.