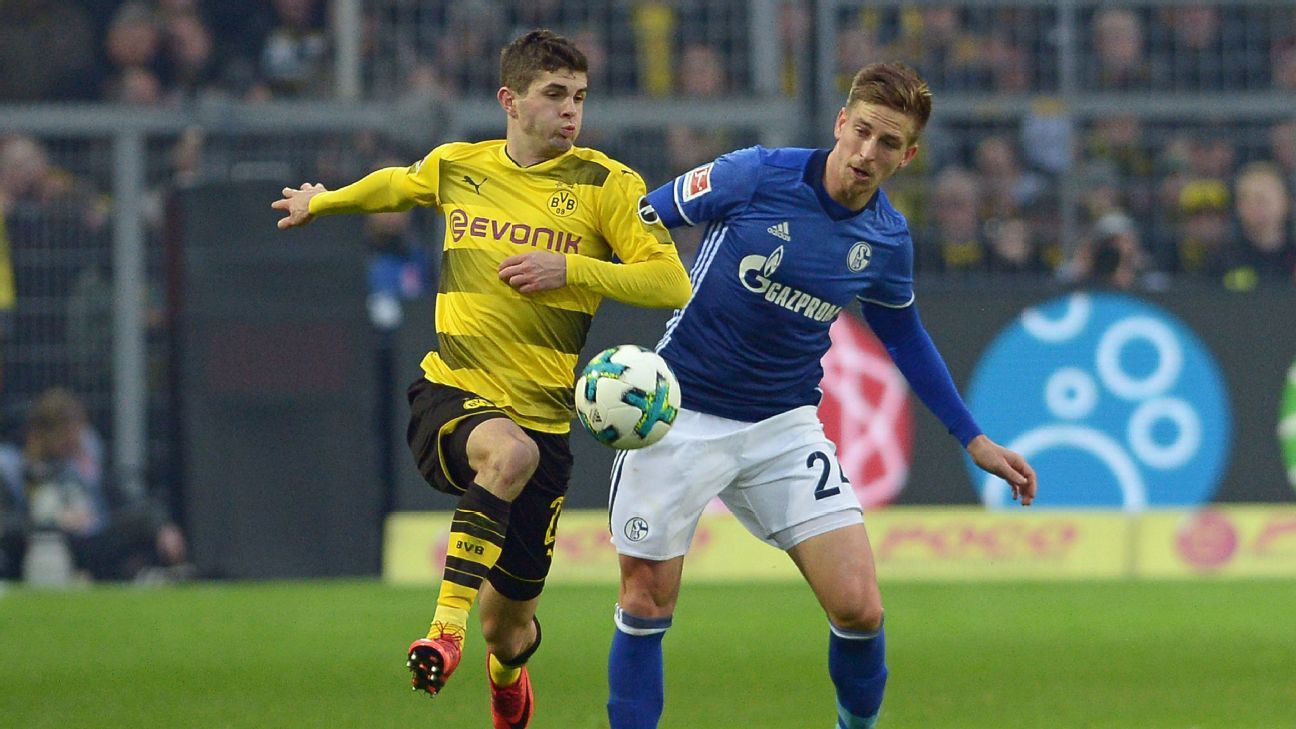 
DORTMUND, Germany — On Sunday, the 152nd Revierderby between Schalke 04 and Borussia Dortmund will take place at the Veltins-Arena.˙

The week building up to what is referred in Germany as the “Mother of all derbies” has been quite as neither side has dared to taunt their bitter rivals before a match where even more is at stake than usual. Second-placed Schalke are merely one point ahead of third-placed Dortmund with five games left in the season.

Winning the derby will be a massive stride to Champions League qualification for the next season for both teams while a loss could put European ambitions into peril. And usually, this would be the time when Dortmund CEO Hans-Joachim Watzke would remind his Ruhr neighbours about his club’s achievements in the past decade and what a long way the Royal Blues have to go to match them.

But in a season, in which the Black and Yellows have themselves mightily struggled to replicate the on-pitch success of former seasons, or even a brand of exciting football, it is best to save the pointed remarks for after the derby. Especially, when the last derby in November, in which Schalke equalised in stoppage time after being 4-0 down, still hangs above Dortmund like a dark cloud.

In the bigger picture, though, the Royal Blues have achieved something that Dortmund have lost during the past couple of seasons: serenity.

At Schalke, there are even certain parallels to the time when Jurgen Klopp took over at BVB. Interim managers excluded, Domenico Tedesco is the eighth appointed head coach in Gelsenkirchen since Felix Magath took over in 2009. And, finally, the 32-year-old seems to be the first coach in over a decade to enjoy the unimpeded support of the club and its fans.

Tedesco looks to be yet another savvy manager appointment from sporting director Christian Heidel, who unearthed Jurgen Klopp and Thomas Tuchel at Mainz and is now the mastermind behind the rebuild in Gelsenkirchen.

Heidel has picked out a passionate coach with the ability to rally the crowds behind him and the coaching capabilities to win tactical battles on the pitch in great frequency. And crucially, Tedesco has joined Schalke at a time where expectations had finally dropped low enough for fans to show patience — similar to the situation in 2008 when Klopp was installed at the Westfalenstadion.

That is, however, where the parallels stop. While Klopp went on to introduce Dortmund to an energising brand of football, Tedesco’s Schalke is taking a more minimalistic approach — for now, at least.

The Italian-born manager has put the focus on his team’s organisation. The Royal Blues boast the second-best defence in the league, which keyed a six-game winning streak that included five clean sheets and three 1-0 wins prior to last week’s 3-2 loss away to Hamburg.

Despite the stingy defence, Schalke have not been very easy on the eyes this season. They rank only 11th highest in possession (47.7 percent) as well as in chance creation. Behind only Augsburg, Schalke revert to the most crosses in the Bundesliga as more than every fifth pass in the final third is a cross. But as long as the results remain positive, fans will be pleased — for now at least.

Schalke’s rise back to the top and Dortmund’s mediocre year means that the Revierderby has regained some of its spice on a sporting level as well. For many BVB fans, the matchup against Bayern Munich had been more electrifying in recent years due to the sporting rivalry but with the league leaders playing in a league of their own this season and Schalke improved, the derby has gained more relevance.

Also for supporters from across the Atlantic. “I’m far more excited about the Revierderby,” Jason Rose, founder of Dortmund fan club “Die Brunnenstadt BVB” in Kansas City, MO, told ESPN FC, adding: “Competing with Bayern seems like a distant memory and after my visit to North-Rhein-Westphalia this summer I gained a better appreciation for the rivalry. Also, Schalke’s resurgence reignited my irritation for them.”

For Dortmund, it is undoubtedly the most important game remaining this season, in which the team could make it up to their fans for a lot of the season’s shortcomings.