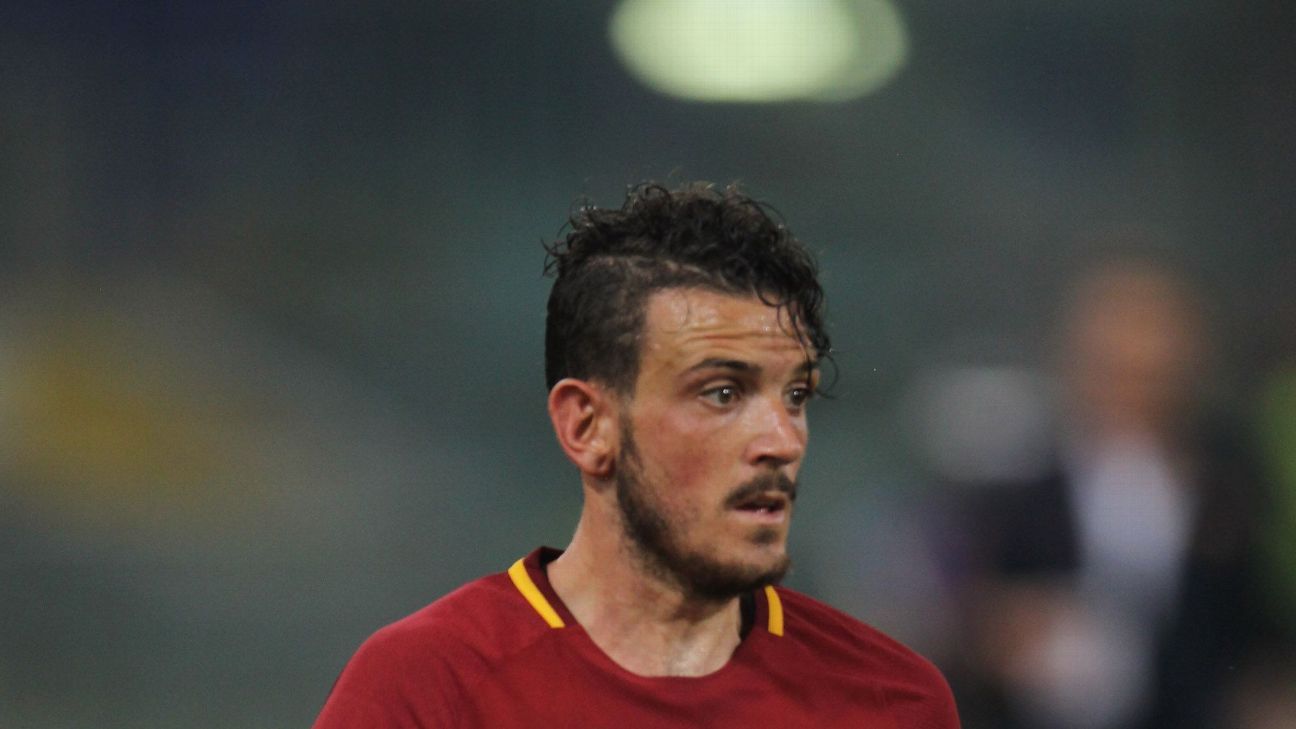 
When Eusebio Di Francesco revealed on Friday that Alessandro Florenzi will start against Hellas Verona it signalled the end of an 11-month injury nightmare for the Roma all-rounder, and alongside a probable debut start for fellow returning Roman Lorenzo Pellegrini, will give the Giallorossi a bit of local flavour that Roma fans have always liked to have in their side.

Florenzi’s almost year-long layoff means that his return to the team makes him one of football’s oldest cliches — the proverbial new signing. He has had to watch his hometown team from the sidelines since tearing the anterior cruciate ligament in his left knee in the final minutes of last season’s 3-1 win at Sassuolo last October, and after fighting his way back to fitness one time, then had to undergo a second operation on the same ACL in February after tearing it again on his first week back in training.

Florenzi’s bubbly attitude and fan-like enthusiasm on the pitch will be a major boost for Roma, as will his versatility. Although he has spent most of the last few years at right-back, where he will start on Saturday night (coming up against former Roma youth teammate Daniele Verde), his best position is as an old-fashioned inside-right, driving past the front man to crack in shots and crosses. His return — which should be soon followed by that of buccaneering full-back Rick Karsdorp — gives Di Francesco more options on the right flank that up to now has looked somewhat stodgy.

Pellegrini meanwhile is moving to stake a claim for a regular place in the starting XI, as Di Francesco rotates his lineup following Roma’s creditable (if fortunate) draw with Atletico Madrid on Tuesday, and make a Roma legend proud. The midfielder, who grew up near the world-famous Cinecitta film studios out on the south-eastern edge of the Eternal City, returned to his hometown this summer as one of Italy’s most promising midfielders after two impressive seasons at Sassuolo. He described the decision to come home as “easy”.

Pellegrini came up through Roma’s youth ranks after being brought to the club by Bruno Conti, a cast-iron Roma legend who ranks alongside captains Agostino Di Bartolomei and Francesco Totti in any list of Romanista greats: 402 appearances and 47 goals from midfield between 1973 and 1991, during which time he won the 1983 Scudetto, four Coppa Italias and came within a hair’s breadth of winning the 1984 European Cup, missing one of the penalties in a dramatic shootout that gave Liverpool their fourth big-eared cup.

After retiring as a player, Conti held the reigns of Roma’s youth team for 22 years (a role that he once remarked was “sown onto me like a suit”) until April 2016, when he was moved upstairs to become “technical coordinator of young player identification and development”. In his time at the helm of youth development he also helped bring through Florenzi, as well as a host of other players — like Daniele De Rossi and AC Milan’s Italian international Alessio Romagnoli — who’ve gone on to make names for themselves both in Rome and elsewhere. His work didn’t go unnoticed: Last October the CIES Football Observatory ranked Roma seventh of Europe’s Big Five league clubs for player development, with 24 Roma-trained players playing their trade at the game’s top level.

Conti was of course among the first 11 players — one goalkeeper, four defenders, three midfielders and three forwards — selected when Roma launched its hall of fame in 2012 as part of the celebrations for the club’s 85th anniversary. When Pellegrini arrived in Rome, not being able to have the No. 6 shirt occupied by Kevin Strootman, he immediately took 7 — “because that was Conti’s old number”.

After Mother Nature put the kibosh on the pair’s chances of game time at Sampdoria last week, Pellegrini is instead set to make his first Roma start on Saturday against Hellas Verona, a fixture that couldn’t have come at a better time for Di Francesco and his team. Roma’s opening three fixtures against Atalanta, Inter and Atletico were hellishly difficult, but Verona — a team that has conceded eight goals and scored one in its opening three matches, managing just six shots on target — and the following three matches against Benevento, Udinese and Qarabag provide somewhat softer terrain for the coach to try and further bed down his system and get one back at the detractors.