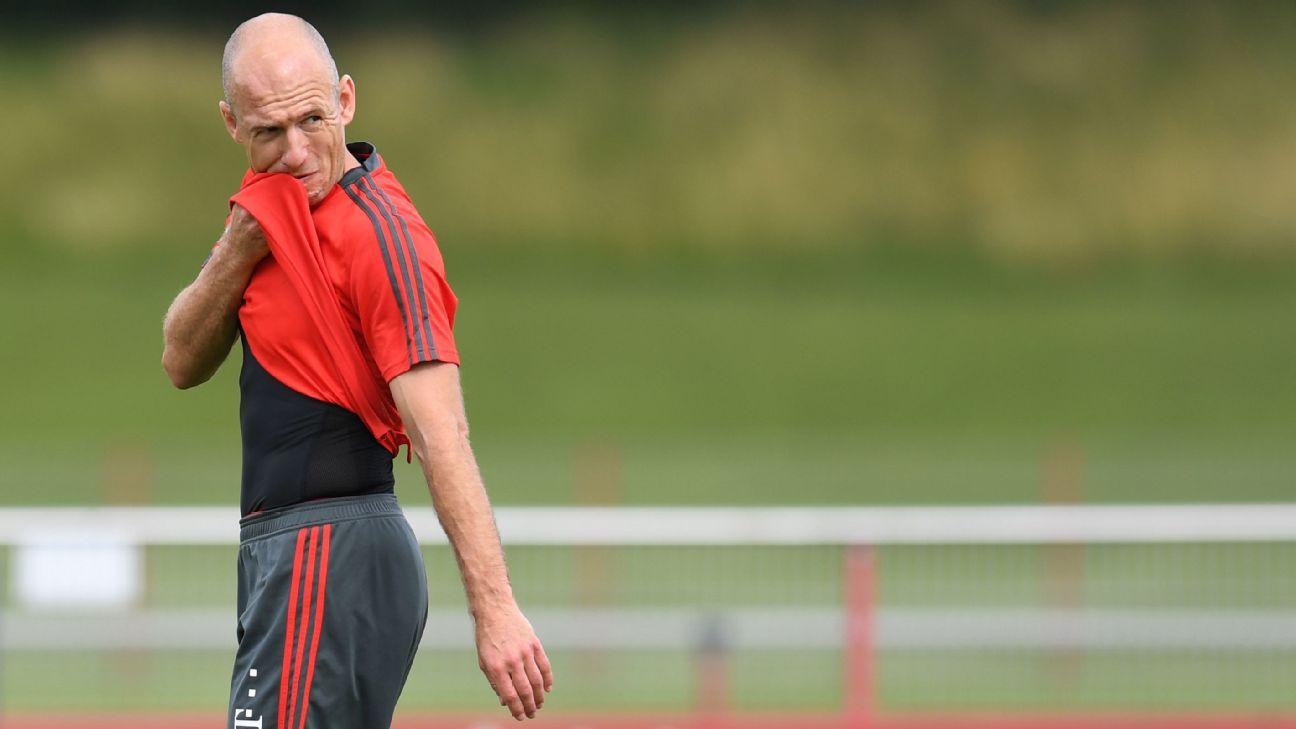 Sanches, 20, was voted the best young player at Euro 2016 as Portugal won the tournament two months after he chose to leave Benfica for Bayern for an initial €35 million that could have risen to €80m with add-ons.

But he only started six Bundesliga games in 2016-17, when he did not have a goal or an assist in 25 appearances, and was sent on loan to Swansea City last summer in care of then-manager Paul Clement, Carlo Ancelotti’s former assistant at Bayern. Clement was sacked in December and a hamstring injury ended Sanches’ season in January after 15 games.

“Renato is a massive talent,” Robben said at a news conference on Friday. “He has shown that often enough in the past.

“He wants to put an unhappy period behind him. You can learn a lot from these spells. It’s always a question of how you recover from them. Every new season is a new chance to show yourself, set goals, work hard and improve.”

Meanwhile, Robben, who retired from international competition with Netherlands in October, said that he did not watch Germany’s World Cup exit as he was in the midst of a three-week holiday.

“I got a text message from a friend saying, ‘You will be seeing your teammates sooner than you imagined,'” Robben said. “I thought it can’t be true. My wife then checked on the internet. It was so unexpected. A lot went wrong.”

Robben also said that he understood why Cristiano Ronaldo decided to leave Real Madrid earlier this week to sign for Juventus even if others could not.

“Sometimes you have to make decisions in your career and he has decided to leave Madrid and go to another team, for a new challenge and another adventure,” Robben said.

“He has achieved everything that he could at Madrid. He’s a great, amazing player and he now faces a new challenge.”

Robben, 34, also could not hide his delight for Croatia forward Mario Mandzukic, a former Bayern teammate, ahead of the World Cup final on Sunday.

“Mario is an outstanding bloke, a real fighter,” Robben said. “He’s always there for you and goes the extra mile. Every team would be happy to have a player like him. You want him in your side and not against you. I can’t praise him enough. He’s not technically brilliant but you can always rely on him.”

And, asked about his targets with Bayern this season, his ninth with the club, Robben said they were clear.

“We want to achieve the maximum as always and win at least one more title than last season,” he said. “I hope to play an important role next season and stay fit.”