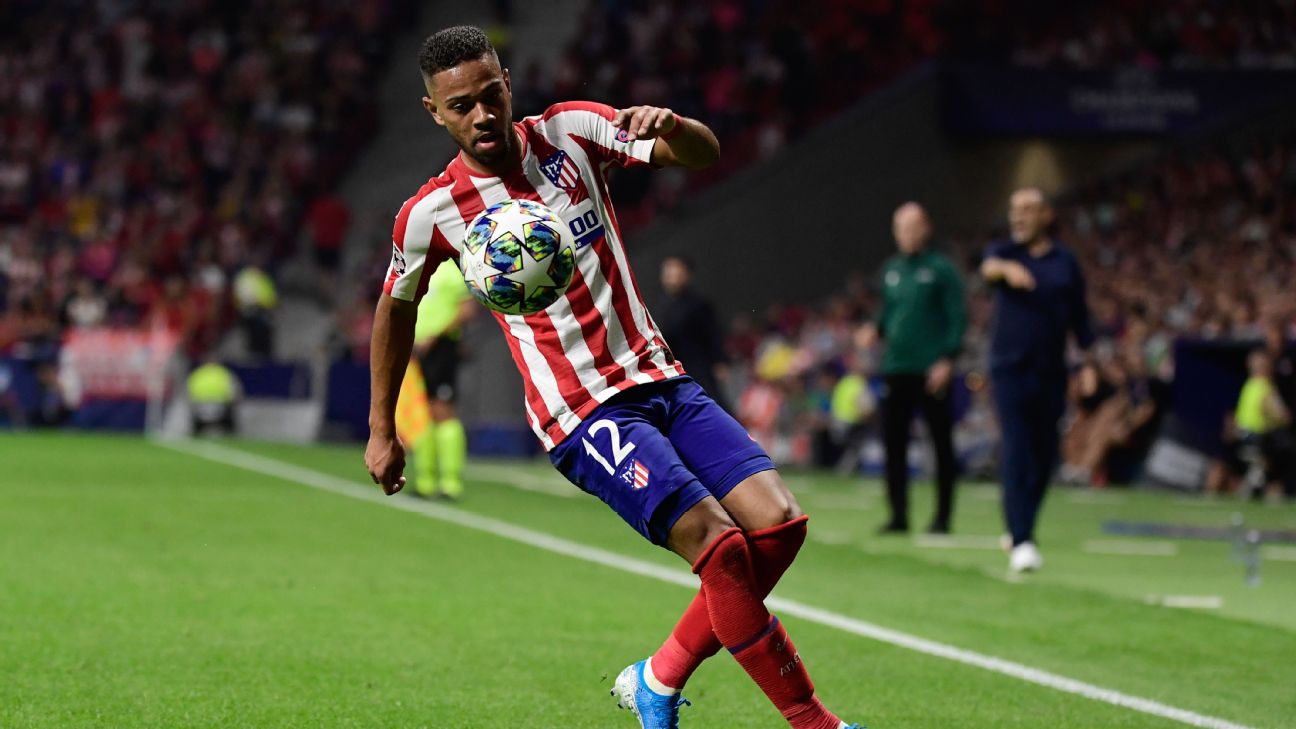 
After two glorious spells, more than 300 matches and plenty of titles, left back Filipe Luis left Atletico Madrid at the end of the last season to go home to Brazil. And, with typical modesty, he is inclined to believe that his successor will be better than him.

The club have signed his compatriot, 21-year-old Renan Lodi, and Filipe Luis has seen enough to be enchanted.

“I think he’ll be the best full-back in Atletico’s history,” Filipe Luis said. “He has all the conditions.”

Filipe Luis is not the only one paying careful attention to the progress of Lodi in his first European season. Brazil coach Tite and his staff will surely have been observing his Champions League debut in Atleti’s 2-2 draw at home to Juventus on Wednesday.

On Friday, Tite will name his squad for next month’s friendlies against Senegal and Nigeria, which will be played in Singapore. The location is bizarre, but at least the coach will have some time to work with his players — a valuable commodity after the September friendlies culminated in a shock defeat to Peru, and appeared to highlight a weakness at left-back.

What does Tite want from the position? The first choice had been Marcelo of Real Madrid. But that came to an end with the loss to Belgium in the quarterfinals of last year’s World Cup. The coach concluded that the team were too open. He reversed the trend where Brazilians see full-backs as auxiliary wingers, repeatedly charging up and down the touchline. Instead, he was looking for more solid defenders, who could construct from deep, and burst into the attacking line as an element of surprise.

After Russia 2018, then, the steady figure of Filipe Luis took over. But at the age of 34, his international career seems to have come to an end with the recent Copa America triumph. And, sadly for him, injury meant that he played no part after half-time in the quarterfinal, when he gave way to his deputy, Alex Sandro.

It was Alex Sandro who played in the recent friendlies, when the left side of the defence had problems, especially in the 2-2 draw with Colombia. And it was Alex Sandro who was in opposition on Wednesday when Lodi made that Champions League debut. Atletico Madrid against Juventus, then, was a wonderful opportunity for Brazil’s coaching staff to cast the microscope over the two leading candidates to be the national team’s left-back.

They may well have been impressed with Alex Sandro. With Blaise Matuidi in front of him, Atletico found it hard to make much progress down that flank — suggesting that the problems Brazil have continue to be structural rather than individual. And the pair combined to score Juve’s excellent second goal. The curled cross from Alex Sandro was a thing of beauty, inviting the header from Matuidi.

But they cannot fail to have been struck by the way that Lodi looked instantly at home. Alex Sandro is 28, a seasoned Champions League performer. Lodi is seven years younger and was making his debut in the competition, but it did not show. He played a highly accomplished 75 minutes of football, confirming the promise he showed back in Brazil with Athletico Paranaense.

Against Juventus, Lodi pushed up high down the left flank to enable his team to spread the play. He whipped in some quality crosses. He showed the ability to pass the ball from deep, and he also passed the defensive test. There were times when Cristiano Ronaldo came across, aiming to take advantage of the space behind him. He dropped deep, kept the shape of the back four and won his tackles. He also defended well at the far post against tricky crosses and, with his lung power and fluidity of movement, he was often able to take care of the entire left flank, helping the midfield quartet stay sufficiently compact to support the strike duo of Diego Costa and Joao Felix.

Lodi’s Champions League debut was a billboard for the versatility of his talent. He would appear to be able to carry out any function that Tite is looking for in his left-back, and it would be a surprise indeed if his name were not to be read out on Friday when the next Brazil squad is announced.