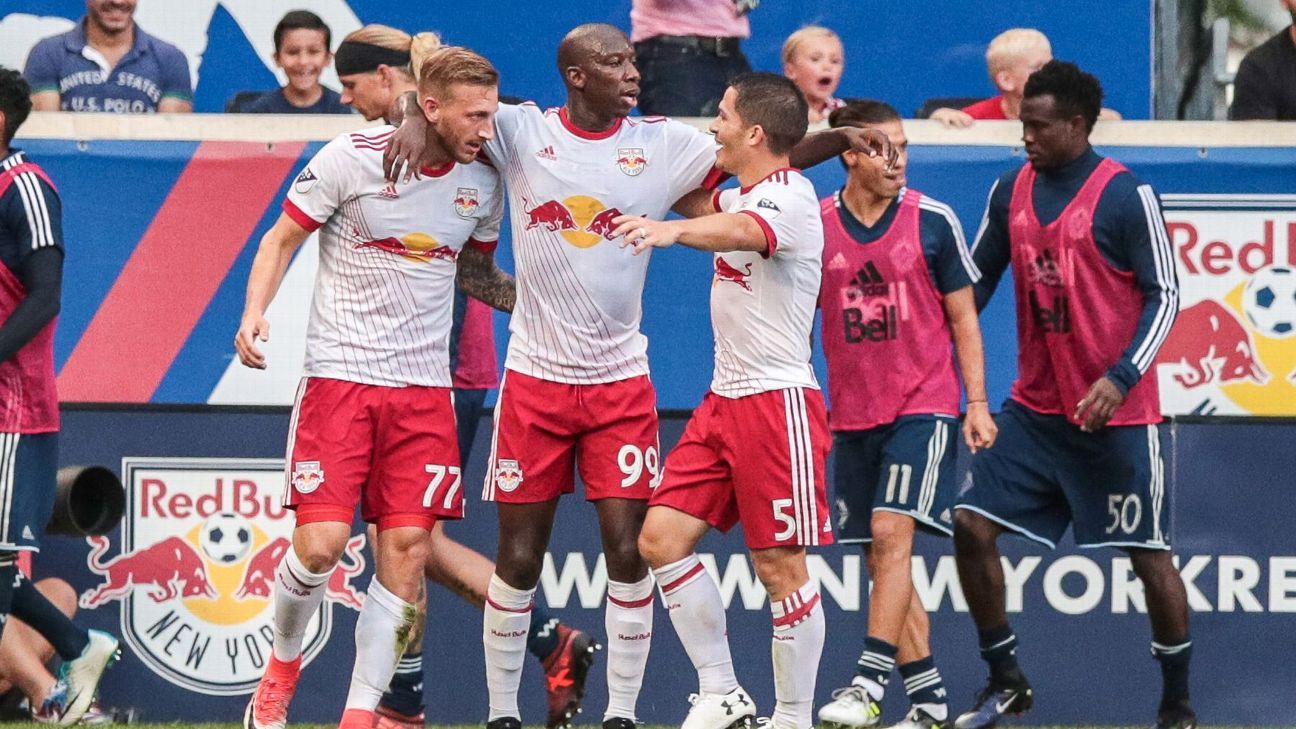 
The New York Red Bulls secured the last remaining MLS playoff spot in the Eastern Conference by defeating the Vancouver Whitecaps 3-0 on Saturday.

The Red Bulls are in the playoffs for the eighth straight year, while the result also ended the slim playoff hopes of four other teams in the East — Montreal, New England, Orlando and Philadelphia.

New York took the lead in the 33rd minute when Sacha Kljestan spotted Daniel Royer racing into the box, and the Austrian scored for the second straight game.

Bradley Wright-Phillips doubled the lead in the 58th minute with his 17th goal of the season by beating goalkeeper David Ousted following a long run.

Kljestan picked up his second assist in the 72nd minute by setting up Felipe, whose shot from the top of the box took a deflection before entering the net.

The Whitecaps have already clinched a playoff spot and top the Western Conference by four points, but they missed a chance to lock up a top-two spot and a first-round bye.

Sporting Kansas City moved into second place in the West but missed a chance to lock up a playoff berth after settling for a 1-1 draw at Minnesota United.

Diego Rubio stayed onside to put Kansas City ahead in first-half stoppage time, but Brent Kallman equalized for Minnesota in with a powerful header in the 83rd minute.

SKC pushed for a late winner after Joseph Greenspan was sent off in the 90th minute, but Latif Blessing’s shot in the 97th went inches past the post.

Sporting moved within three points of Vancouver for the top spot in the West and one above Portland and Seattle — with a game still in hand over all three other contenders. Minnesota was officially eliminated from playoff contention.

But Kansas City also face a setback as goalkeeper Tim Melia was forced off with an injury after sliding on the turf in the 59th minute.

FC Dallas inched back into the playoff positions in the West with a 1-1 draw at the Colorado Rapids.

With two games remaining, Dallas moved into sixth place on 43 points, jumping Real Salt Lake and San Jose, who both have 42 but would hold any tiebreaker because they have more wins.

Stefan Aigner did well to control a pass in the box and scored past Jesse Gonzalez to put Colorado ahead in the 15th minute.

But Atiba Harris netted the equalizer in the 54th minute with a header following a corner to secure a share of the points.