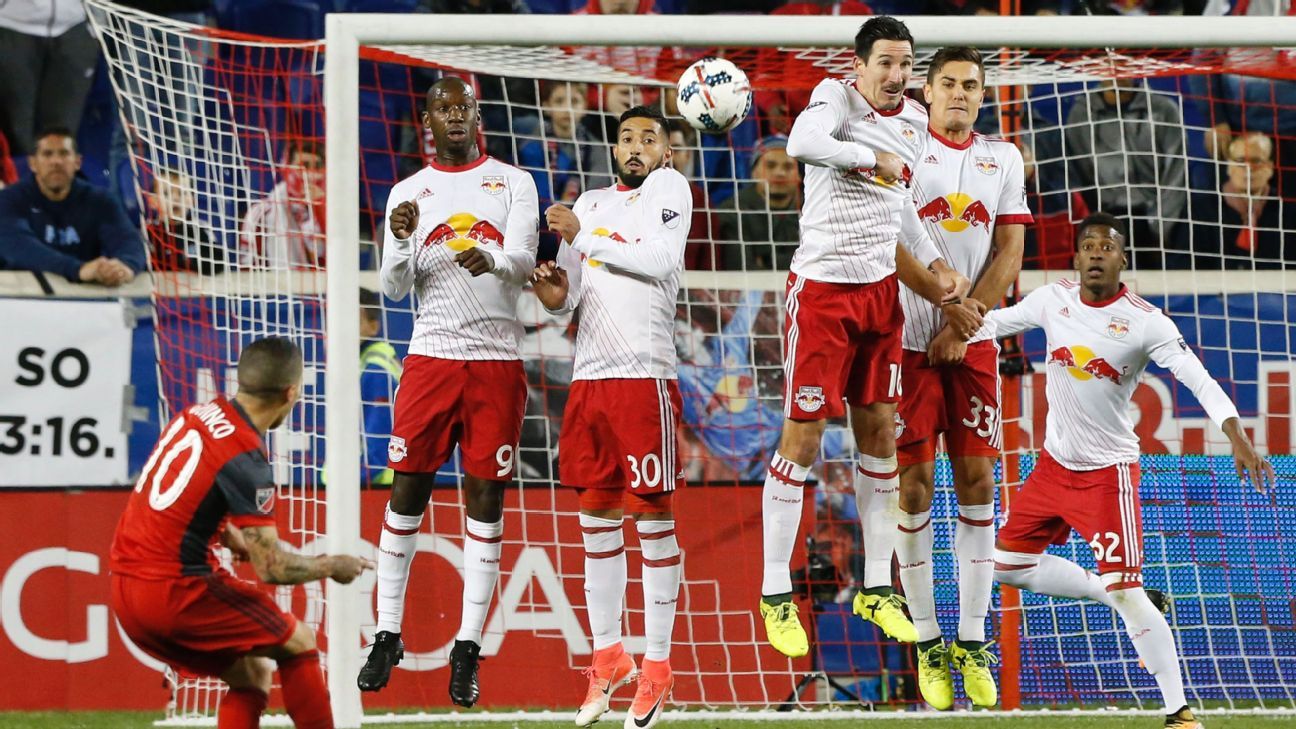 
New York Red Bulls captain Sacha Kljestan has backed his teammate Michael Amir Murillo just days after criticizing him for a defensive lapse in a playoff game against Toronto FC.

The Red Bulls lost their home leg 2-1 after Sebastian Giovinco scored from a free kick in the 72nd minute.

Red Bulls right-back Murillo was tasked with peeling off the wall to cover the near post, but he broke too late to stop Giovinco’s shot, and a frustrated Kljestan said after the game that the play was “the little details that annoy me.”

But ahead of the second leg in Toronto on Sunday (3 p.m. ET, ESPN), Kljestan insisted he was usually a big fan of Murillo, who joined the Red Bulls before this season.

“The mood, in the team, is good. Like I said, we’re down but not out — everybody is good including Amir,” Kljestan said on Friday. “He’s had a positive attitude since the day he got here. And he’s very well loved and well-respected within the group. I don’t think anyone likes Amir more than I do here.

“I think he’ll be great. When he defends 1-on-1 he rarely gets beat. He’s been a key guy for us in the back. If he can continue to play well we’ll be successful.”

“We need everybody on the field to do their job to the best of their ability. Ultimately, Giovinco put a great free kick in and we end up losing 2-1. We’re down but not out.”