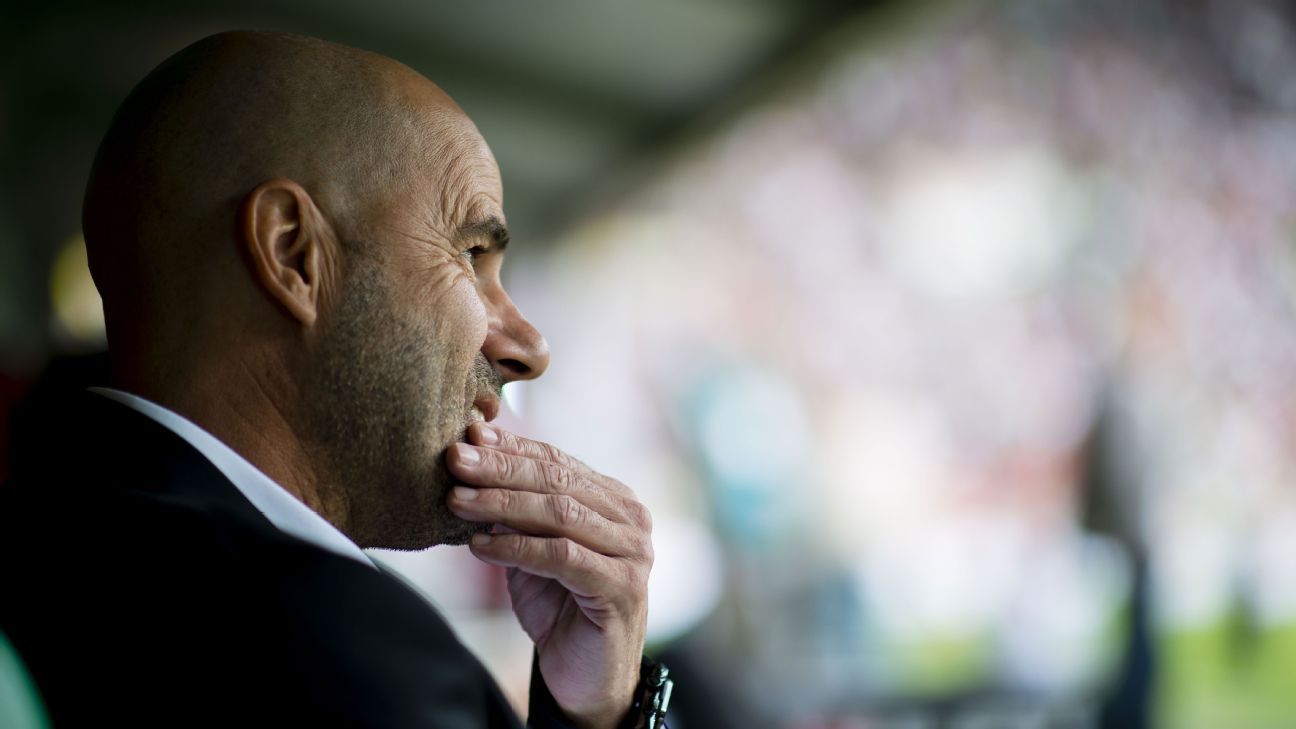 
DORTMUND, Germany — During a news conference on Friday ahead of Saturday’s clash against Bayern Munich, Borussia Dortmund’s press officer Sascha Fligge said: “We’ve got over 400 media representatives here tomorrow, the match will be televised live in 200 countries.”

There is no shame in taking pride as a Dortmund official that this match gains a lot of attention across the globe. After all the Black and Yellow worked very hard to get into a position where a match against the German powerhouse wears its own branding. Der Klassiker is a term that was established in 2013 when both sides met in the Champions League final after Dortmund had the edge for two seasons in the Bundesliga in 2010-11 and 2011-12.

Since then, the rivalry between BVB and Bayern has seen many epic clashes, especially in various German cup matches. However, because of Bayern’s crushing dominance in the Bundesliga since 2012, the league fixture hardly was ever more than a separate event thoroughly lacking the context of a title race Bundesliga fans are yearning for.

In the beginning of November, it looks as though the title-race narrative is once again slipping out of Dortmund’s fingers.

When Jupp Heynckes was appointed as Carlo Ancelotti’s replacement at the beginning of October, he predicted that it would be hard for his team to catch the Ruhr side. BVB were boasting a five-point advantage over Bayern in the table after racking up six wins and one draw in seven games.

The table has turned for BVB — literally — since Heynckes’ perfectly executed reverse-jinx. Since the last international break, Dortmund have only beaten third-tier side FC Magdeburg in the German cup in six games. In the Bundesliga, they were dealt two losses and one draw and saw reinvigorated Bayern take the lead after 10 matchdays.

Of course, Dortmund never tried to talk up their chances of winning the league in these early days. On the contrary, CEO Hans-Joachim Watzke said it would take a miracle for his team to be able to compete with Bayern over the course of a whole season, anticipating that the introduction of Peter Bosz as Thomas Tuchel’s successor would bring setbacks at some point throughout the season.

But still, it must sting to have thrown a lead away like BVB did to a Bayern side that are not playing on the same heights as in previous years. In the bigger picture that must be even more demoralising and could once again be another argument for Dortmund’s most prized assets to seek for greener pastures in the summer.

So yes, the stakes are high for Bosz and his team on Saturday night. Dortmund are not only fighting to keep up with Bayern Munich in the table but also for their own sense of competitiveness.

That sense has already taken a massive blow after Wednesday’s 1-1 home draw against Champions League minnows Apoel, with reality seeping in that they are competing against a Cypriot outfit for a Europa League spot rather than giving Tottenham Hotspur and Real Madrid a run for their money.

Thus far this season, BVB have fallen short each time they faced teams labelled as heavyweights. Madrid, Tottenham and Leipzig all have found the onion bag three times against the Black and Yellows, raising the question of whether Dortmund’s defence was too leaky against “big” teams.

After the Westphalians made the attacks of Eintracht Frankfurt and Hannover 96 look like world beaters in the past two weeks, the overall stability of Bosz’s tactical approach has come under massive scrutiny.

Frankfurt and Hannover nullified Dortmund’s build-up phase with a heavy man-marking scheme while creating promising scoring opportunities by pinging the ball in behind the back line that is pushing high up the field.

During Friday’s news conference the 53-year-old coach admitted BVB’s torrid form also has to do with opponents becoming better at reading them. “Now it’s our turn to come up with new ideas,” he said.

It is unlikely that Heynckes will set up his Bayern side to heavily man-mark Dortmund’s midfielders to the same extent as Frankfurt and Hannover, but it could just be enough for his forwards to pressure the centre-backs in order to stymie BVB’s build-up and hence gain control at the Westfalenstadion.

Dortmund also will have to worry about Javi Martinez, who has been reinvigorated under Heynckes and looks like he will dominate the midfield with his physical presence paired with ball control.

So as tactics go, the Black and Yellows will have to take a page out of Leipzig’s book. Ralph Hasenhuttl’s team overwhelmed Bayern with pressure in last week’s cup match and showed that the league leaders still have their own frailties to solve.

After all, BVB have shown at the start of the season that they can wreak havoc with their own pressing and counter-pressing, but it has to improve by at least 200 percent compared to their past six matches if they want to stand a chance against the most pressing-resistant team in the league.

“You cannot enter a match against Bayern with doubts in your head,” Bosz said. “You need to play against them with courage.”

But how can Dortmund muster the courage after an October of nothing but setbacks?

Heads severely dropped after Nicosia had scored the equaliser on Wednesday night, so Dortmund will have to pull themselves out of the swamp by their own hairs it seems. As always, a lot will depend on the dynamic the match takes. A good 15 minutes early on sometimes can make all the difference in confidence.

Clashes between direct competitors are often described as “six-point affairs,” but for Bosz’s men, Saturday will turn into an “11-point affair” as that would be the glaring amount of points they will have given up to their Southern rivals since Heynckes’ arrival if they get pummeled. A six-point disadvantage for Dortmund in the table would make their (at least officially) non-existent title ambitions bleak as well.

On the flipside, Bosz and Nuri Sahin have mused since the latest draw to Nicosia that Bayern might come just at the right time to turn their form around. A 1-0 win would mean the lead in the table and avoid the “crisis” talk from lingering throughout the international break.