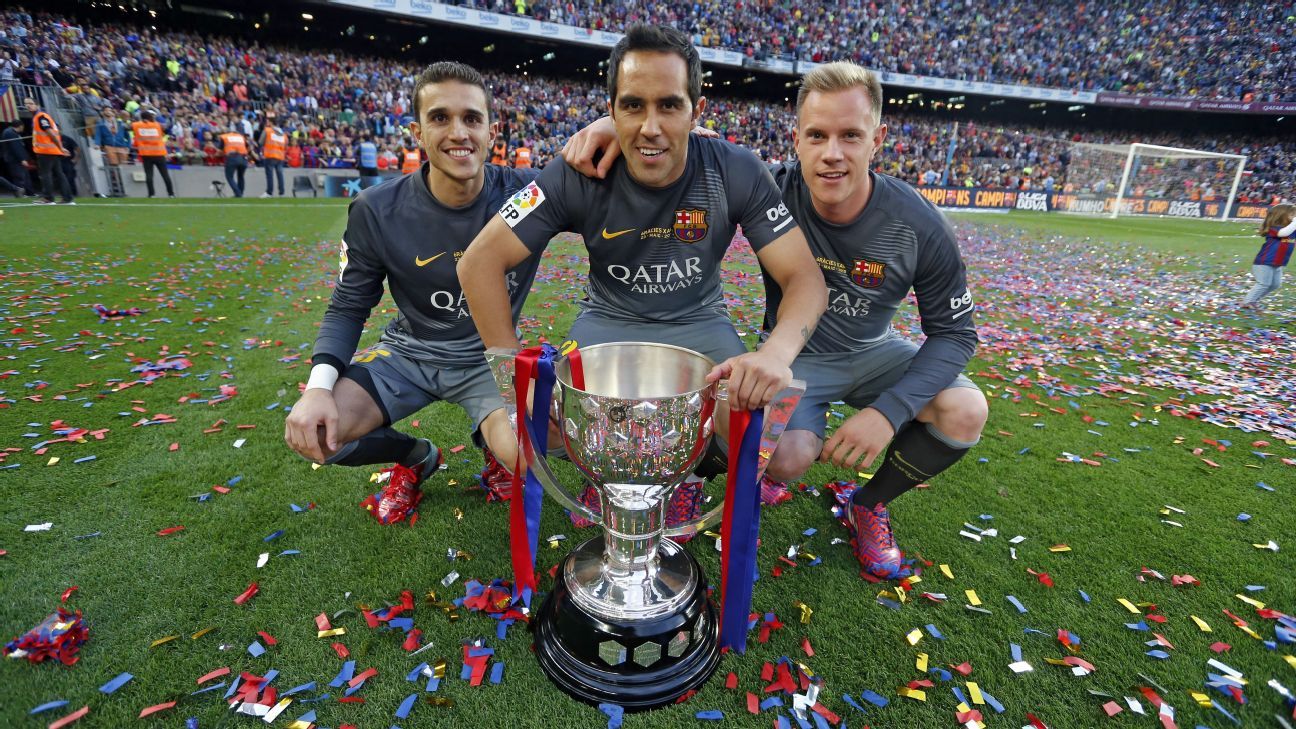 
Real Valladolid have completed the signing of former Barcelona goalkeeper Jordi Masip on a free transfer, while the Catalan club signed four new players to their B team, the teams announced on Monday.

Masip, 28, has agreed a three-year deal at the Estadio Jose Zorrilla, committing his future to Valladolid, who play in Spain’s second division, until 2020.

Having joined Barca in 2004, Masip went on to make 79 appearances for the B team before Luis Enrique promoted him to the senior side in 2014.

However, with competition for the gloves from Claudio Bravo, Marc-Andre ter Stegen and then Jasper Cillessen, he was limited to just four appearances across three seasons.

And he didn’t make a single appearance last season, which prompted the club’s decision to let him leave for free last month when his contract expired.

Meanwhile, Barca confirmed the signing of four new players for their B team, who will be playing against Valladolid this season in the second tier of Spanish football.

Anthony Lozano — known as Choco Lozano — joins from Deportivo Olimpia in a deal worth €1.5 million and will become the first Honduran to represent the Catalan club.

Former Athletic Bilbao midfielder Inigo Ruiz de Galarreta joins from Numancia for a fee of €700,000 and winger Mohamed Ezzarfani arrives from Catalan side Badalona for a nominal fee.

That takes the total number of signings made by Barca B since their promotion to five, following the arrival of Vitinho, who is doing preseason with the first team.