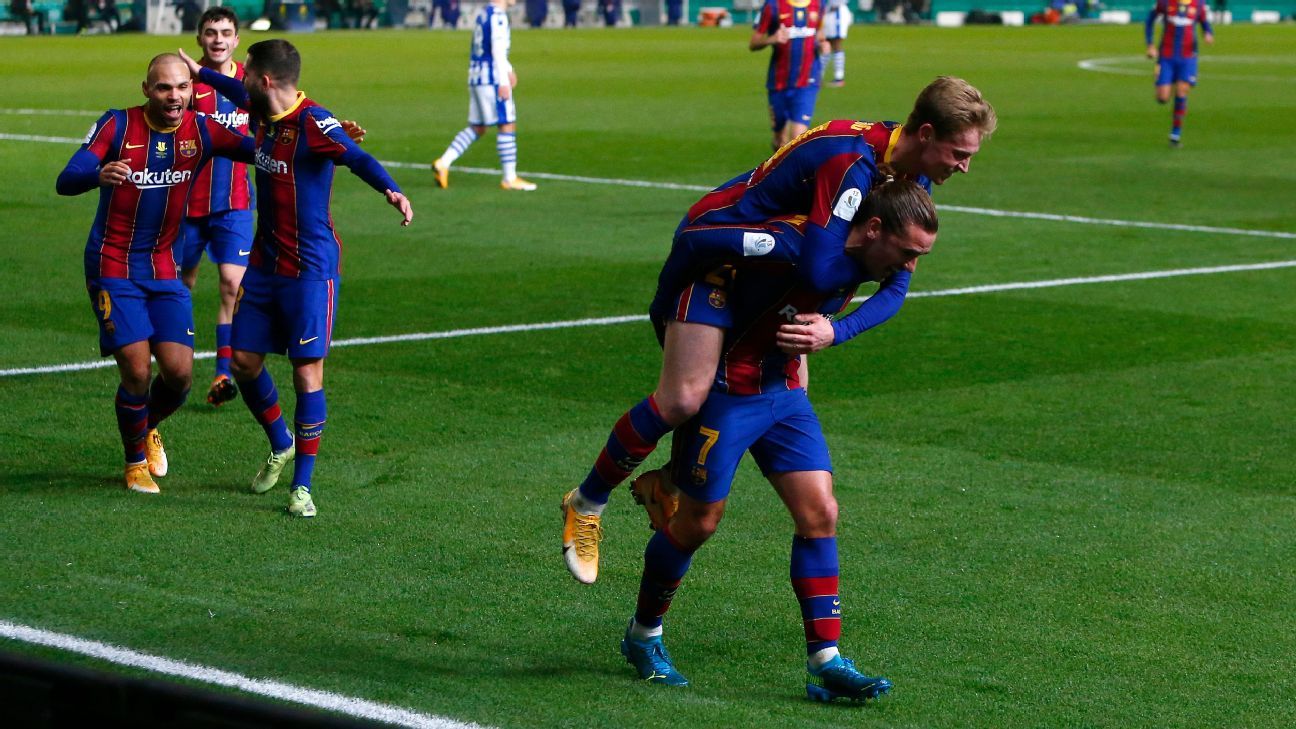 
Barcelona advanced to the Spanish Supercopa final after defeating Real Sociedad 3-2 in a penalty shootout following a 1-1 draw after extra time.

The Catalans played Wednesday’s semifinal in Cordoba without the services of captain Lionel Messi, who was ruled out with an undisclosed injury that saw him subbed out of last week’s league win over Granada.

Barca advance to the final of the tournament — which features the winners and runners-up of last season’s La Liga and the Copa del Rey — with the other semifinal set for Thursday against Real Madrid and Athletic Bilbao in Malaga. The final will be held at La Cartuja Stadium in Seville on Sunday.

Barcelona took the lead in the first half with Frenkie de Jong‘s acrobatic header, after Antoine Griezmann picked out his Dutch teammate for the lovely goal.

But La Real equalised the affair in the 51st minute when VAR confirmed the ball hit De Jong’s arm on a cross into the box, with Mikel Oyarzabal converting the successful kick from the spot.

Both teams went back and forth with several good looks for the duration, but neither side were able to find the second goal before penalties decided the match.

Both De Jong and Griezmann missed their attempts in the penalty shootout but Ousmane Dembele, Miralem Pjanic, and Ricard Puig were successful in their chances. Mikel Merino and Adnan Januzaj converted for the Basque side.