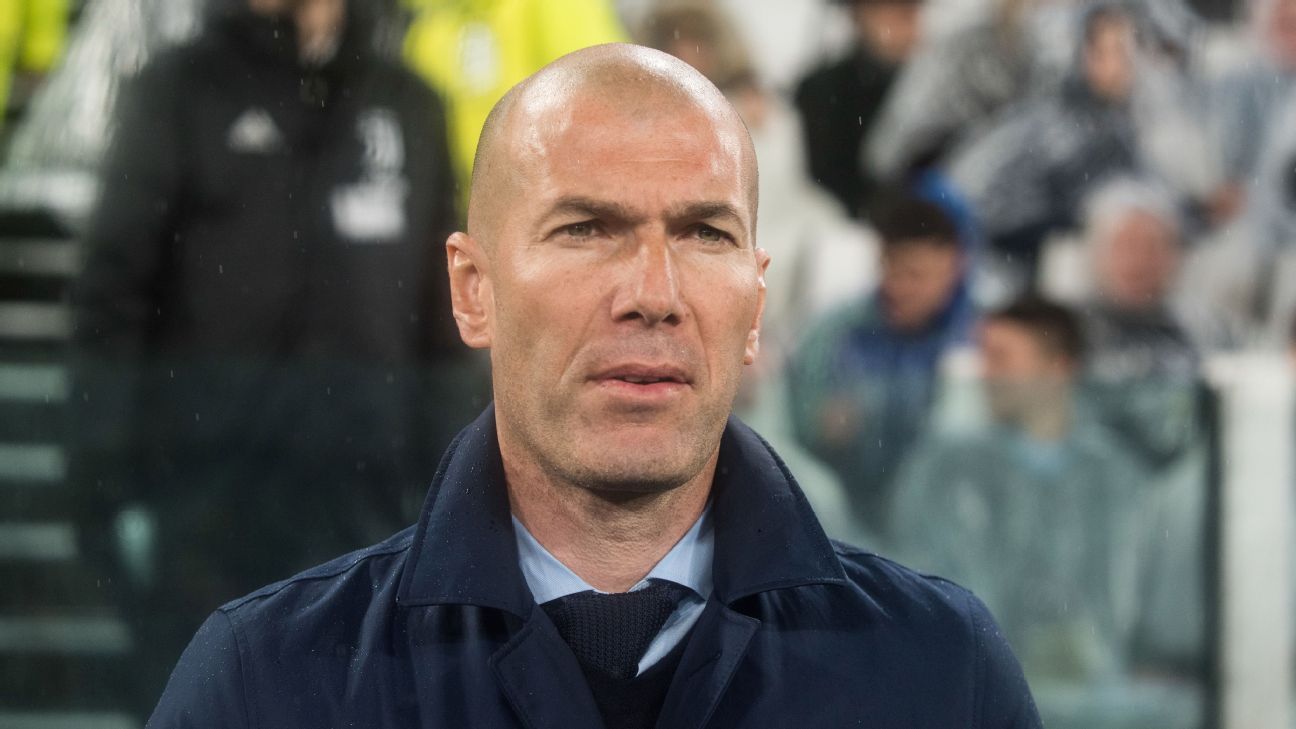 
Former Bayern Munich goalkeeper Oliver Kahn has told ZDF that Zinedine Zidane would be a perfect fit to succeed Jupp Heynckes as coach.

In 2017, Zidane became the first coach to win back-to-back Champions League trophies and remains on course for a historic third win with Real Madrid.

Kahn, the former Germany and Bayern captain, believes that Zidane would be the ideal replacement for Heynckes should he decide to leave Madrid in the summer.

“Zinedine Zidane is undoubtedly worth considering. I think he’s sensational,” Kahn said during the broadcast of Madrid’s 3-0 victory over Juventus in the first leg of the Champions League quarterfinals. “He has won everything with Real Madrid and can win his third Champions League title. He’s a coach who fits perfectly Bayern Munich’s requirement profile.”

Bayern have said in the past they would prefer a German-speaking coach at the club, but Kahn believes this would not be a cause for concern as his skill set outweighs that minor disadvantage.

“He is French and can speak Spanish, so he could learn German,” Kahn said. “The question is more what can he do extremely well? He can manage a star-studded squad, he was an absolute world star himself, and while many former top players don’t go on to become great coaches, he has.”

Niko Kovac, meanwhile, believes his future is with Eintracht Frankfurt, but amid links with Bayern, the former Croatia coach has left the door open.

Kovac, 46, has been one of several candidates at Bayern to replace Heynckes. When Thomas Tuchel reportedly turned down the job in late March, the Frankfurt coach again was heavily linked with a move.

Bayern have said they want to announce their new coach by the end of the month, and speaking to reporters on Wednesday, Frankfurt sporting executive Fredi Bobic said there has been no contact with Munich over Kovac’s potential departure.

“There is no reason to doubt I will still be the coach here next season,” Kovac said, adding: “So many things happen in football. I don’t know what will happen tomorrow. As of now, I will be here until 2019.”

Frankfurt trail the Champions League spots by one point with six Bundesliga games left, but they also must watch their back as Hoffenheim, their opponents on Sunday, are closing in.

Should Frankfurt lose to Hoffenheim, they would drop to seventh in the table and would then face a fight to remain in the Europa League playoff place.

“Hoffenheim had this issue in October [when Julian Nagelsmann was linked with Bayern], and it was a firestorm for them,” Bobic said. “They don’t have the same media landscape than we have here in Frankfurt. It cost them several points.

“We have set our goals. We want to achieve them, and we don’t want to let them be destroyed by some rumours, some discussions.”

Liverpool’s Salah in line for Chelsea return?
How the 2018 MLS MVP got fit, and got back onto the field
Mason Greenwood eclipses Cristiano Ronaldo, Wayne Rooney in Man United history books, and Edinson Cavani allowing him to continue to grow
Man United’s Ole Gunnar Solskjaer on team selection complaints: ‘Not my problem’
Messi 7/10, Griezmann 5/10 as Barcelona fail to boost La Liga title hopes with draw vs. Atletico