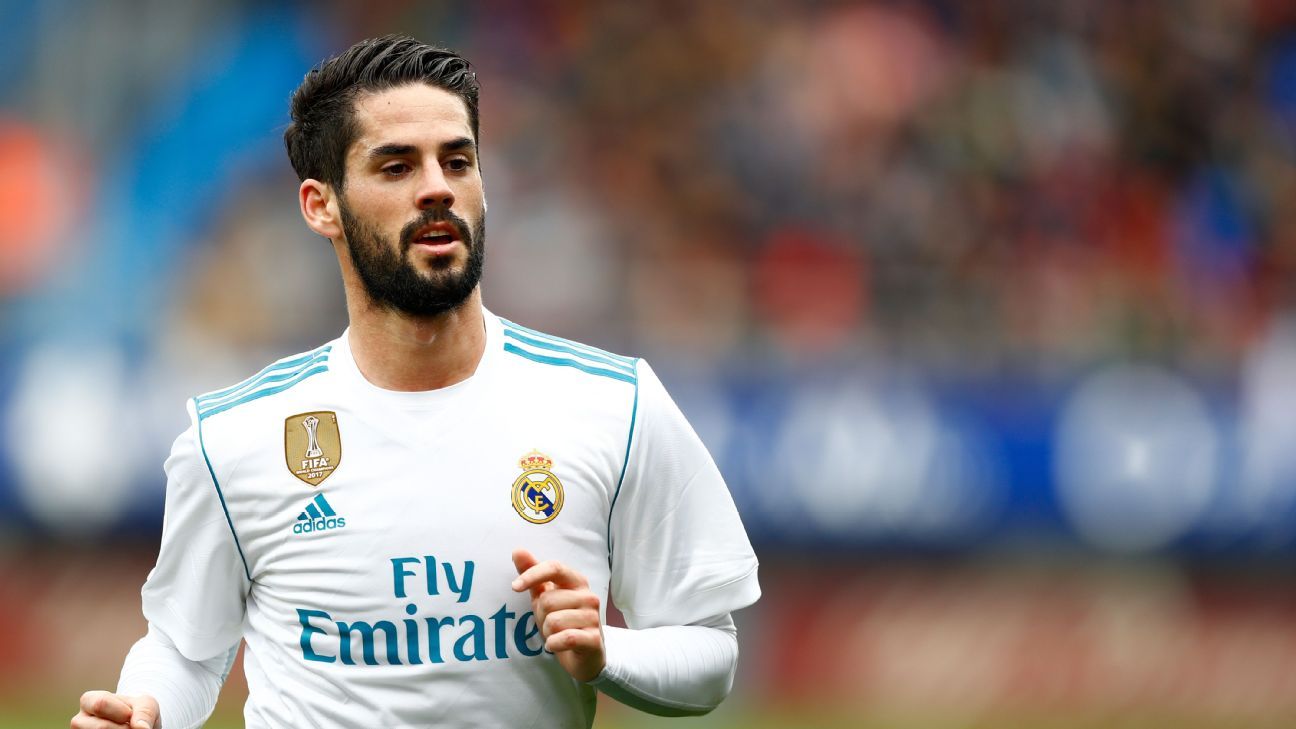 
Real Madrid coach Zinedine Zidane said he will not be swayed by Isco’s dazzling performance against Argentina when deciding how much to play him in upcoming games.

Isco expressed frustration over his lack of playing time at Real Madrid after his hat trick in Spain’s 6-1 win over Argentina on Tuesday.

The 25-year-old, who also stood out for Spain in the 1-1 draw at Germany on March 23, had played just one full game in his last eight appearances for Zidane and claimed that at Madrid, he “does not have the continuity a player needs.”

But because of an injury picked up on international duty, he will not travel with the team to face Las Palmas on Saturday.

“The problem is that I have 25 players and only 11 can start,” Zidane said at a news conference on Friday. “[Isco] wants to play more, but so do the rest. Today it can be Isco’s problem but tomorrow it could be Gareth [Bale]. I just try to do what is best for the team and manage this situation in the best possible way. I don’t see what they do in their national team when making a decision.”

Under contract until June 2022, Isco has been linked to moves to both Manchester United and Manchester City.

And asked if he would be open to selling Isco this summer, Zidane he would not.

“Isco is of Madrid and will remain here,” Zidane said. “I want to keep all of my players. Isco is a player that I like. What he does, he does well. I’m happy with Isco. What I can say about Isco is that he always gives his all.”

Zidane insisted he has treated Isco fairly and is happy with his display with the national side.

“I’m not unjust with Isco,” Zidane said. “Perhaps he does not have the same starring role here but has proved that he is an important player for the team.

Zidane also addressed his future with Madrid, who are third in La Liga and 15 points adrift of leaders Barcelona with nine games remaining.

In September, the coach signed a new contract that runs until June 2020, but he recently admitted the pressures of working for a top club like Madrid can wear one down.

Zidane confirmed captain Sergio Ramos will not feature against relegation-threatened Las Palmas after picking up an injury on Tuesday but Gareth Bale will be ready to play.

It remains to be seen whether Zidane will rest other players, including top scorer Cristiano Ronaldo, in view of Tuesday’s Champions League quarterfinal first leg at Juventus.

Ronaldo, who played 68 minutes in Portugal’s 3-0 defeat to Netherlands on Monday, has scored nine of Madrid’s last 13 goals. He is the second leading scorer in La Liga with 22 goals — three fewer than Barcelona’s Lionel Messi.

“Whoever travels tomorrow will be well,” Zidane said. “We are not thinking of Tuesday’s game. We have a complicated game tomorrow. In order to prepare for Tuesday’s game, we have to do a good job tomorrow. There are no small teams in La Liga and we must be ready.”