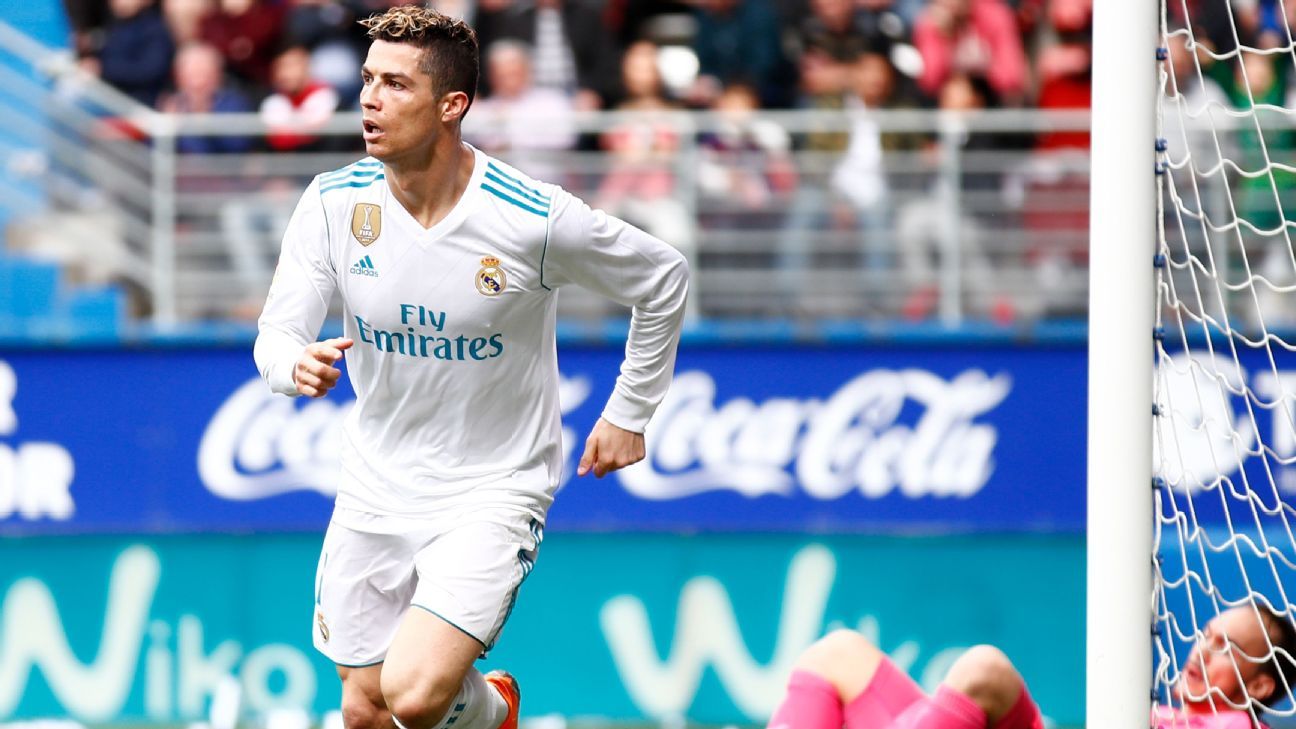 
Zinedine Zidane praised Real Madrid’s character after Saturday’s 2-1 victory at Eibar and said two-goal Cristiano Ronaldo was “from another galaxy.”

Eibar pushed Madrid back in the first half but were made to pay for a mistake on the half-hour when Luka Modric set up Ronaldo to open the scoring.

The home side levelled through Ivan Ramis five minutes after the break and there were chances at both ends before Ronaldo bulleted home a header five minutes from time.

Zidane told his postmatch news conference that Eibar had been on top for much of the game, hailing his players’ battling qualities.

“The opponent was very superior today, above all in the first 25 minutes when we barely left our own half,” he said.

“We knew this was a tough place to come — they are having a good season. Today we had difficulties with the ball, technically we made a lot of mistakes in our passing, playing out from the back.

“There are days when we do not do play so well. But we showed other things today, character, we all fought together.”

Ronaldo has scored in his last seven appearances in all competitions, and Zidane said: “He is from another galaxy.

“What he has is so positive — he knows he is going to score. He is a different player, special. His stats speak for themselves.

“We did not play at our best, but Cristiano knows what to do — with few chances he can score many goals.”

Modric returned from a hamstring injury and was Madrid’s most influential player through the 90 minutes, with Zidane saying he had changed an initial plan to substitute him in the second half.

“Luka was out for almost three weeks, came back and played very well,” he said.

“He is a very important player for us. When you have problems in a game, he never gets nervous. Normally he should not have played the entire game, but in the end he played it all and did well.”

Gareth Bale and Isco returned, having been on the bench at Paris Saint-Germain in midweek, with the Spain international in particular having a quiet game.

“They were a bit worse than usual — we all were, not just Isco and Gareth,” Zidane said. “We did not find our play today, had a lot of difficulties through the entire game.

“But we had something else today — and Isco and Gareth also battled and ran a lot.”

Madrid are 12 points behind Barcelona, who face bottom club Malaga on Saturday night, but Zidane stressed that his team would not give up.

“La Liga is possible until the end,” he said. “If you lose your concentration in any moment, you pay for it.

“The important now is to keep picking up three points in every game.

“I can’t remember the last time the players had two or three days to rest. Now they can take advantage of that with their families, then prepare for Girona on Sunday.”