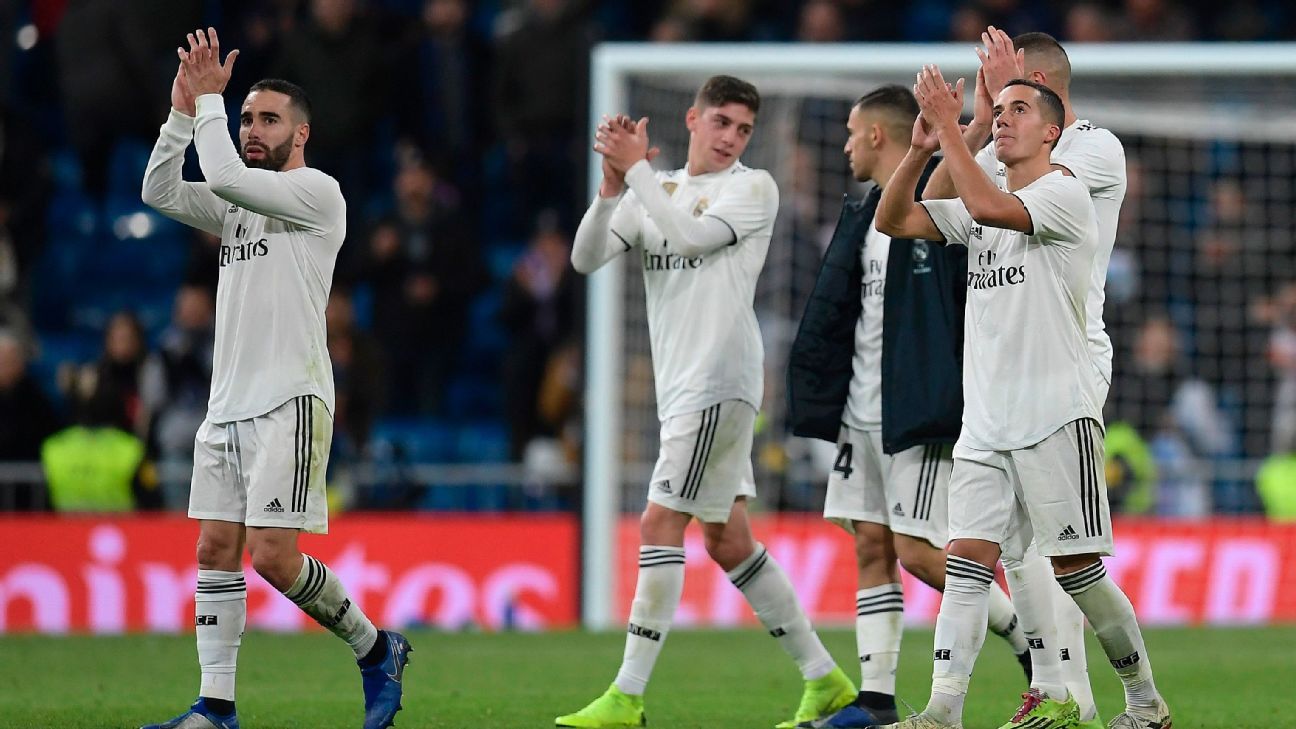 
Real Madrid coach Santiago Solari said his use of younger players has given the squad an injection of “energy and freshness” despite Saturday evening’s rocky 2-0 La Liga win at home to Valencia.

Madrid seemed on their way to a straightforward victory when they went ahead early through visiting defender Daniel Wass’ own goal but Valencia missed a host of chances to equalise. And the win which lifted the team to fifth in the table was only sealed late on when Los Blancos winger Lucas Vazquez found the net on the break.

With Marcelo, Casemiro and Toni Kroos among the players missing through injury, Madrid started with 21-year-old Sergio Reguilon at left-back and 23-year-old Marcos Llorente and 22-year-old Dani Ceballos in midfield, with Federico Valverde, 20, entering for Luka Modric late on.

Solari told the post-match news conference that it was his job to find the right mix of youth and experience as he suggested the squad was going through a generational change.

“Youth gives energy and freshness, but must be mixed with maturity and experience of other players,” Solari said. “This is a year like that — many young players, and many other veterans of many battles. We must find the mix to compete and win points, while also allowing in those youngsters who are the future — Llorente, [Alvaro] Odriozola, Ceballos, Reguilon, Vinicius [Junior], Valverde. Very young, very talented players. The kids must fly, and the only place they can fly is on the pitch. Then it depends on them, but that is football. I hope they are all here in five years time”

Solari said he felt his team’s first-half performance, in particular, had been closer to what he wanted long-term, and that Real had now moved on from last weekend’s awful 3-0 defeat at Eibar.

“I would like if we could repeat more what we did in the first half,” Solari said. “It was a good game in general, although it changed in the second half as Valencia had to push. We were not so good [at Eibar], but we were very good in Roma [2-0 Champions League victory midweek], and really good today. The players get the praise for that.”

One of Madrid’s more senior players, Gareth Bale, is now 10 La Liga games without finding the net and was whistled by the Bernabeu when substituted with an apparent thigh muscle problem.

“[Bale] was tired and had a bit of a problem as he has made a bit effort and sacrificed himself in recent games,” Solari said. “He played well.”

Modric had one of his most influential games of the season, ahead of the Croatia international likely being named Ballon d’Or winner for 2018 on Monday evening.

“Modric is an exceptional player, he has shown all through his career,” Solari said. “He is an example of overcoming difficulties. [He] grew up in a very difficult situation, maybe that is where he got his character. His talent, I don’t know where it came from.”

Fans and pundits favourite Isco was back on the bench and entered for the final 10 minutes, with the clinching goal soon following.

“I asked him to be decisive when we were countering, and he was,” Solari said. “I’m very happy with how he played, just like all of them.”