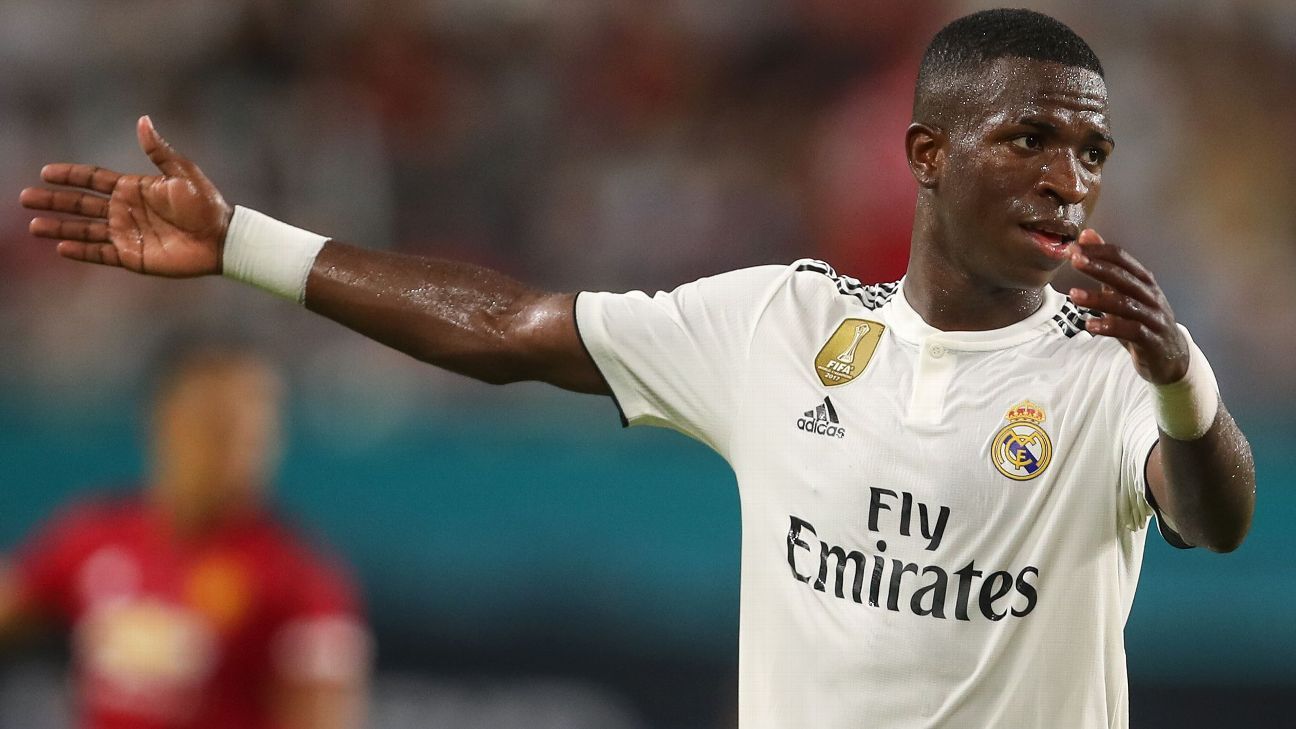 Vinicius, who joined Madrid from Flamengo for €45 million earlier this summer, lined up alongside Gareth Bale and Karim Benzema in the left-sided attacking role previously occupied by Cristiano Ronaldo.

Lopetegui told his postmatch news conference that the 18-year-old would need time to adapt to his new surroundings but had done well before being replaced in the second half.

“He played a good game,” he said. “He is improving, just like the rest of the team. He started a little quietly but grew into the game, as they all did.

“He is still very young and has to adapt to this style of football and what we ask of players. I thought he played a good game.”

During a week that also brought a first provisional call-up to Brazil’s senior side, Vinicius told reporters in Miami that he had “fulfilled a boyhood dream.”

“Regardless of the result I am very happy to wear this shirt for the first time,” he said. “Everyone is helping me a lot to settle as quickly as possible. I am very happy and really appreciate it.”

Lopetegui, asked whether Madrid were looking to find a more experienced replacement for Ronaldo, stressed that he was happy with his squad.

“I am delighted with what I have,” the former Spain coach said. “Remaking the team is a marvellous challenge.

“The team had character and showed positives. We all want to win all the time, but the key thing was not the result. In this preparation phase, we want to consolidate concepts.

“For them [United] it was their fifth game, and for us just our first. We handled the game well.”