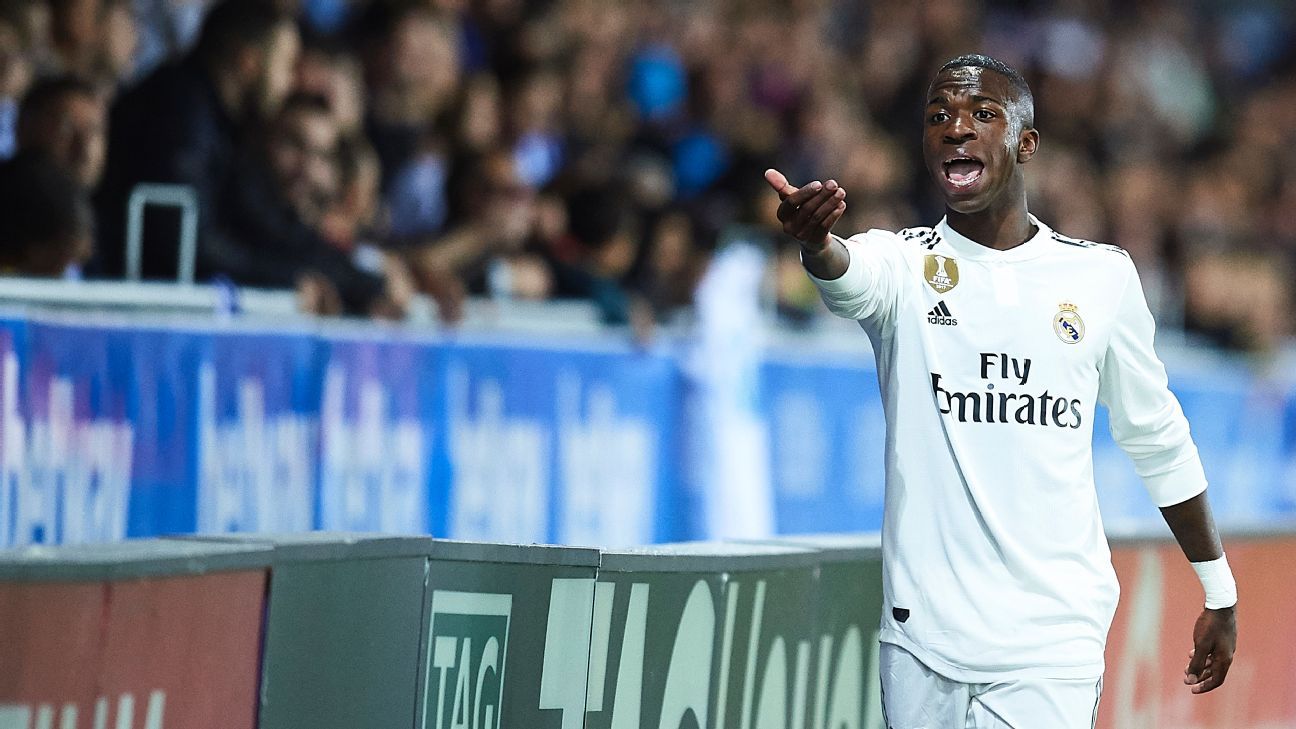 
Real Madrid’s Vinicius Jr. will miss the Clasico against Barcelona later this month after he was sent off for diving moments after scoring a superb goal in Real Madrid Castilla’s draw with Celta Vigo B on Sunday.

Spanish football regulations mean his suspension covers both senior games and Castilla matches, and he will therefore miss the game at the Camp Nou next weekend.

Vinicius, 18 — who was not part of the senior squad as Madrid suffered a 2-1 home defeat to Levante on Saturday — had curled home an 83rd-minute free kick to save a point for Castilla.

But within two minutes he had been shown a second yellow card after the referee adjudged him to have dived on the edge of the penalty area.

Angered by the decision, he gestured to home fans as he made his way off the pitch, pointing to the Real Madrid badge on his shirt.