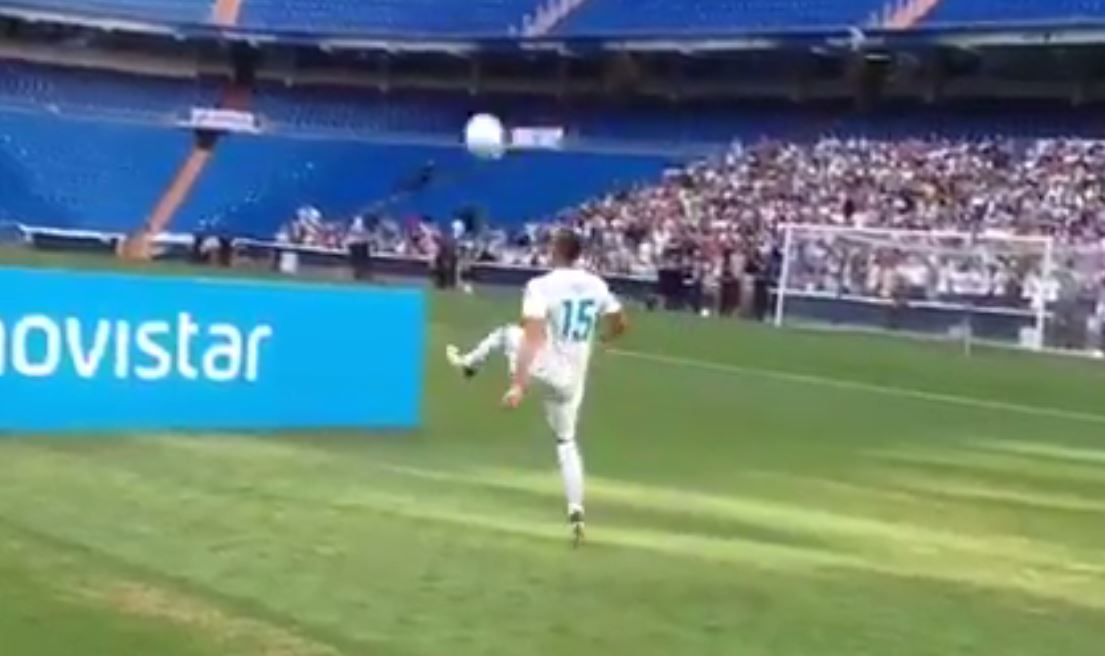 When the deal went through last week, Theo Hernandez became the first player to directly cross the divide between Atletico and Real Madrid for 17 years.

The young defender was unveiled in front of several thousand fans at the Bernabeu after finalising his £20 million transfer and, as is customary, was asked to perform a few keepy-uppies to keep people entertained.

However, the resulting flurry of clumsy juggles with the ball will hardly have impressed Hernandez’s famously demanding new fan base.

Who knows, maybe the nerves got to him?