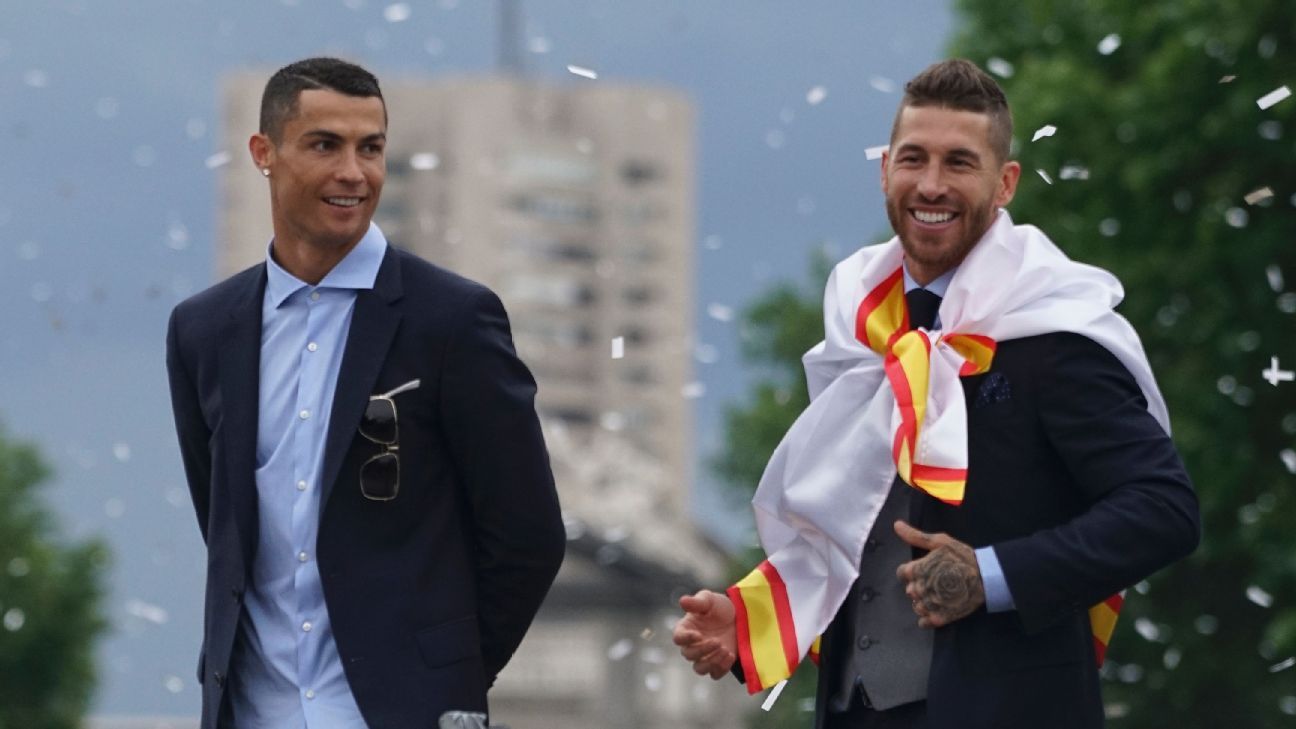 
Sergio Ramos insisted that Real Madrid have “always felt like a family” after former teammate Cristiano Ronaldo said that his new club Juventus is “different, everyone is very friendly,” adding that he was sure the European champions would continue to be successful even after losing such an “important and decisive player.”

Ronaldo played  in a friendly in Villar Perosa — the home town of the Agnelli family, Juve’s owners — last weekend, after which the Serie A side’s new €100 million signing said that “this club is different, everyone is very friendly, the fans too, like a family” in what looked like a message directed back to Madrid president Florentino Perez and the Portugal captain’s other critics around the Bernabeu.

“We’d have to see what Cris meant when he said that,” Madrid captain Ramos said ahead of Wednesday’s UEFA Super Cup against Atletico Madrid in Tallinn. “We’ve always felt like a family here. I don’t know where his shots were aimed — the dressing room, the hierarchy… But for us in the dressing room being part of a family has been key to our success.

“Losing such an important and decisive player is negative, of course, but it will not stop us from continuing to win things. We will keep this hunger and ambition and motivation. Over history many great players have left Madrid, but the club is above all of us, even icons like [Ronaldo] and [Zinedine] Zidane. He has decided on a change, I hope it all goes well for him, and us too.”

Asked whether Perez needed to sign a new forward to replace the 50 goals a season that Ronaldo all-but guaranteed, Ramos responded by saying the team keeping its “spirit and hunger” was the most important.

“These type of decisions are not for us [players], I can only say the doors are open for whoever arrives,” he said. “While this team retains its spirit and hunger, mentality is more important than individual talent.”

The biggest arrival at the Bernabeu so far this summer has been goalkeeper Thibaut Courtois, a former Atletico Madrid player who now says he was a boyhood Madrid fan.

“We do not judge the past of any player,” said Ramos. “[Courtois] was at Atletico Madrid, now he is with us. The goalkeeping spot is always under the spotlight at Real Madrid, so it is good to strengthen for the present and the future.”

New Madrid coach Julen Lopetegui has decided against giving Courtois a debut against his former side, so last season’s No. 1 Keylor Navas will start the Super Cup match, with the debate now moving to who plays in Sunday evening’s La Liga opener at home to Getafe.

The UEFA showpiece occasion in the Estonian capital has also brought together Madrid chief Perez with Spanish football federation [RFEF] president Luis Rubiales for the first time since the pair clashed over Madrid hiring Lopetegui while he was under contract as national coach just before the summer’s World Cup.

Both attended the official prematch banquet at Tallinn’s Maritime Museum, at which Rubiales told AS that “everything is fine with Florentino, there’s no problem” but declined to confirm if the pair had shaken hands.

The RFEF statement on the banquet mentioned that Rubiales had an “animated conversation” with UEFA president Aleksander Ceferin, while pointing out he had also recently met FIFA chief Gianni Infantino.