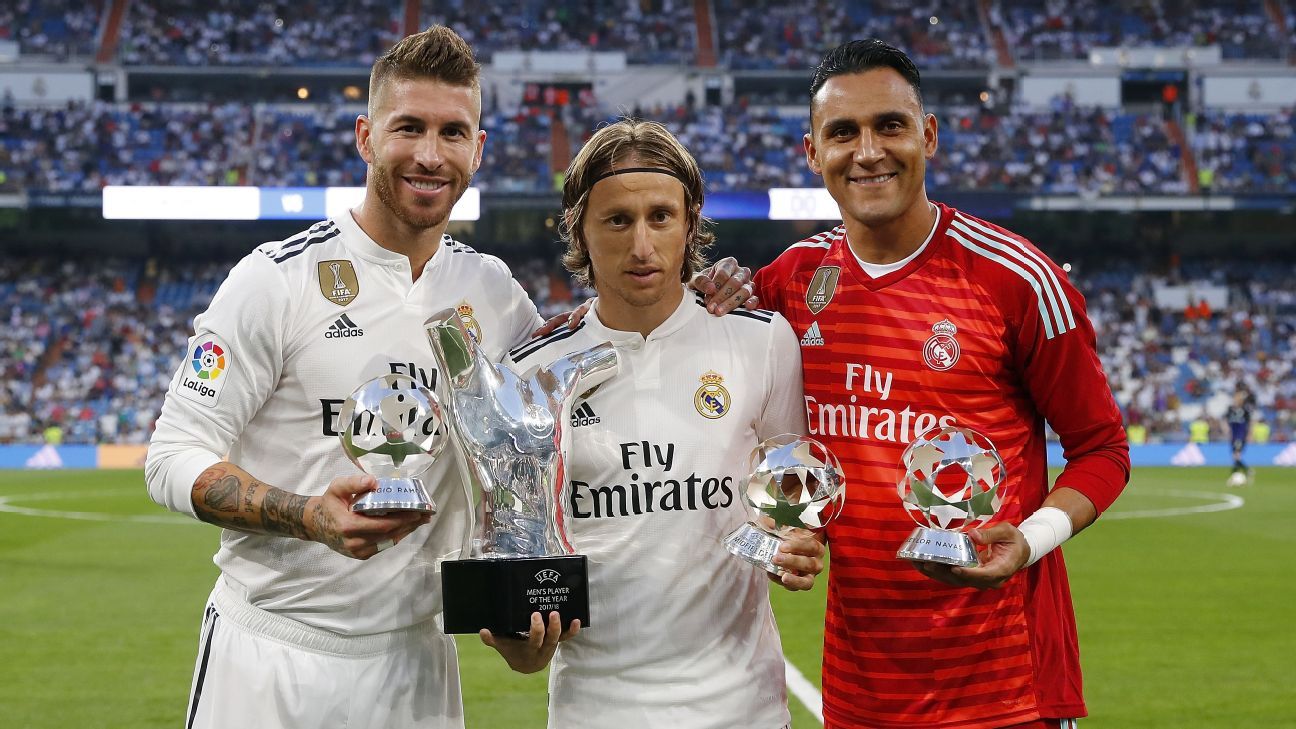 Ronaldo has won the award in both years of its new incarnation, but his streak is under serious threat from Modric, who won the Golden Ball at the World Cup and was named UEFA Men’s Player of the Year. And Ramos believes the Croatia captain would be a deserved winner of FIFA’s No. 1 individual honour, hinting awards have often been handed out to players who have the best off-field image.

“We will see [who wins The Best],” Ramos said when asked whether Modric should win ahead of fellow nominees Ronaldo and Mohamed Salah. “There are few players that I am as proud of having in my team as him.

“He is a great friend and a great player. He is one of the few players who [if he wins] would make me as happy as if they had given it to me.

“Maybe there are players with more marketing, with a bigger name but Modric deserves that award.”

Given that Ronaldo is the only winner of the rebranded award, which resurfaced in 2016 following FIFA’s split with France Football — alongside whom they presided over the Ballon d’Or award from 2010-2015 — Ramos, was asked if his comments were aimed at anyone in particular.

“No,” he replied. “But since there is nothing that defines the prize, everything adds up [to Modric winning the award].”

After Modric had claimed the UEFA Men’s Players of the Year award, Ronaldo’s agent Jorge Mendes labelled the decision “simply ridiculous.” Ramos was asked about these quotes but refused to respond.

“I will not answer Mendes,” the Real Madrid captain said. “Everyone has his opinion. It is respectable.

“Flattery and criticism are always in our profession. Everyone can say what they want but in my opinion the prize to Modric is very well deserved.”

Meanwhile, Ramos will no longer be playing alongside Gerard Pique for Spain following the Barcelona defender’s retirement from international football. The pair may have their differences at club level but, while the Real Madrid captain insists he has nothing but respect for his World Cup and Euro 2012 winning centre-back partner, he believes it is important for the country to look forwards rather than backwards.

“Pique has been a great centre-back,” Ramos said. “He has given a lot to his club and the national team and he is a player who makes the difference.

“But we have to look to the future and not the past. We are grateful to what he did but there are people who can replace him.

“Today Nacho has done very well. Nobody is essential, but it is true that Pique has done a splendid job.”

Eduardo Fernandez-Abascal contributed to this report