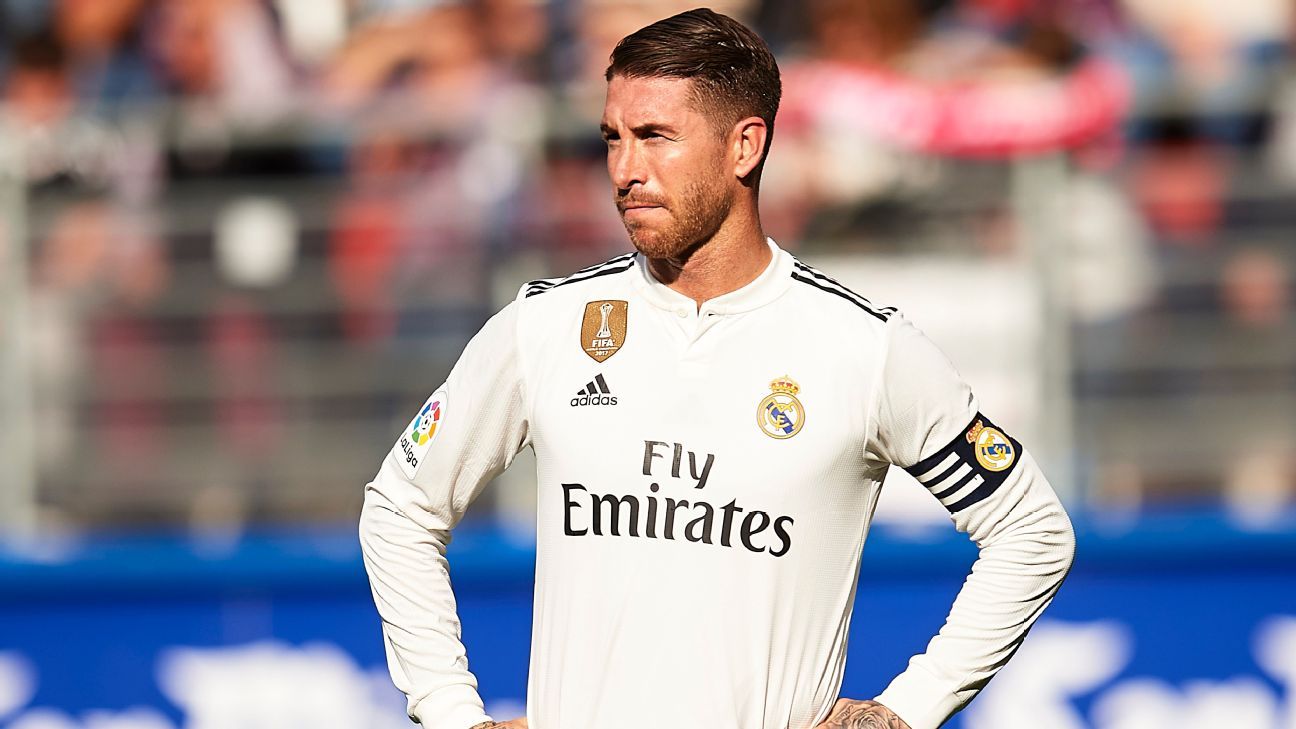 
Real Madrid captain Sergio Ramos has said he is “completely relaxed” about a media report that he failed a doping test after the 2017 Champions League final, calling the article “lies” and an “attempt to tarnish his image and professional reputation.”

An article published on Der Spiegel’s website on Friday claimed that Ramos’ urine sample given after Madrid had beaten Juventus 3-1 in Cardiff contained traces of WADA-prohibited substance dexamethasone.

UEFA sources told ESPN FC that they had accepted Madrid’s case that the issue was due to an administrative error with the club doctor writing the wrong medication name on the official doping control form, while the club issued a statement on Friday which called the report “insubstantial” while not challenging any of its details.

“That is a very difficult issue, complicated,” Ramos said after Madrid’s 3-0 loss at Eibar on Saturday. “I must come out and defend myself against these allegations, in the best way possible, with my legal team.

“I have been through 250 or 300 doping tests over my career, and never failed one, there has never been any irregularity. Those who must speak and put the papers on the table say there was no irregularity on my part, so I am very relaxed about it.”

The Der Spiegel report also said Ramos had not followed correct procedures by insisting on showering before taking a routine doping test after a La Liga game at Malaga in April 2018. La Liga’s authorities did not respond immediately to an ESPN FC request to comment on that claim.

Ramos said that he had been aware the story was coming for about six weeks, and that he was still considering taking legal action against those who had published it.

“We know the type of publication this is,” he said. “They threatened us with the news a month and a half ago. When you know the truth, you are not afraid of lies. We knew it was coming out, sooner or later.

“We are happier now to leave it behind us. But it is an attempt to stain my image and my professional reputation. Each of us must accept the consequences for their actions.”

Ramos also said that Madrid deserved to lose 3-0 at Eibar on Saturday, a first defeat under Santiago Solari.

“When you lack attitude, then everything is easier,” he said. “When the opponent has a much better attitude, you see it in the result. When you do not get there on time, lack the intensity of the rival, you see that.”