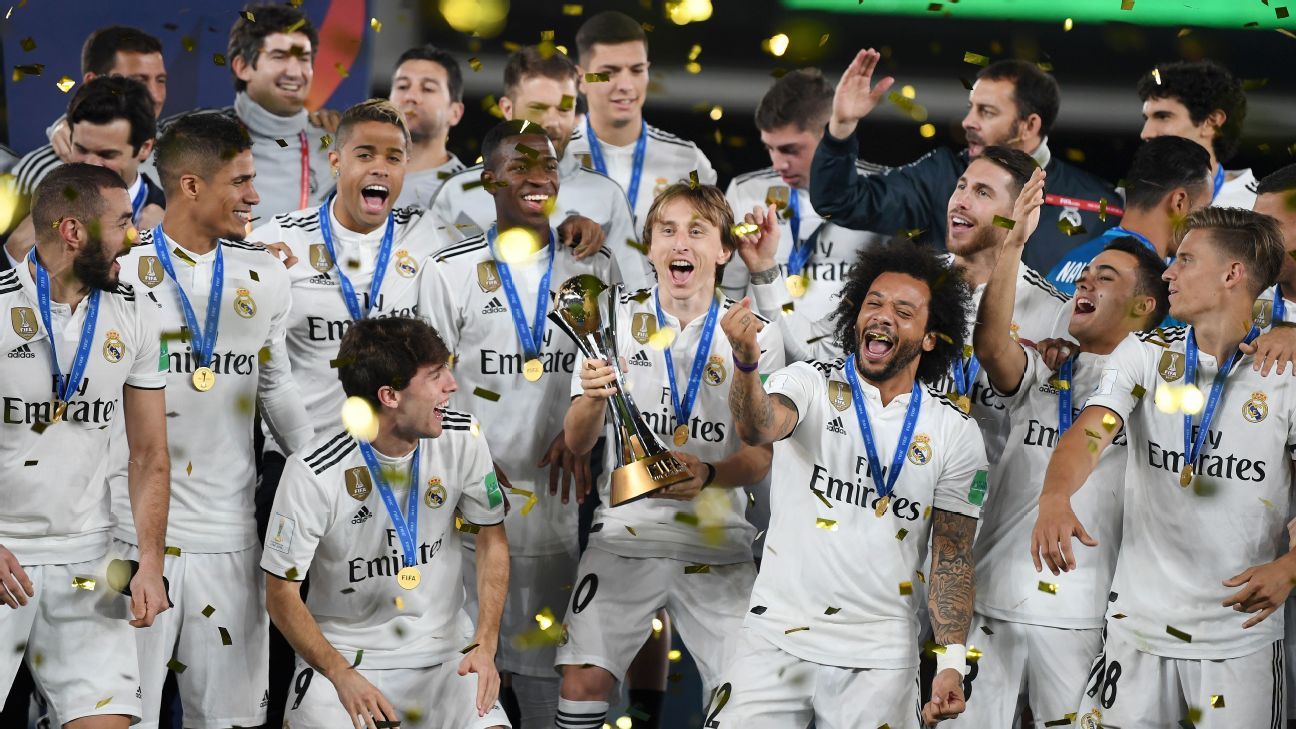 Al Ain had two early chances but once Luka Modric curled Madrid ahead they strolled on to victory thanks to Marcos Llorente, Sergio Ramos and a Yahia Nader own-goal, with Al Ain’s Tsukasa Shiotani getting a late consolation for the hosts

“We are all very happy,” Solari said at the post-game news conference. “The praise for those [CWC titles] goes to the players, and it puts a brooch on a marvellous period of the Champions Leagues titles. Now they have added a third consecutive Club World Cup.

“That will be difficult to repeat. We want to continue for sure. But this group of players have made history. The team is used to repeating successes, this club is.

“They know how difficult it is to win things. We showed seriousness in this tournament. There can always be surprises in football, and they [Al Ain] almost scored at the start.

“We kept playing and scored at the important moments.”

Having become just the fifth person to win a Club World Cup/Intercontinental Cup winners medal as both player and coach, Solari preferred to share the glory with all those responsible for this era of Madrid’s success — especially previous manager Zinedine Zidane.

“The players deserve this, they have got here by working so hard and winning so many trophies,” he said. “It is for the club and the players in particular, and other coaches, like Zidane, who must be congratulated like all the others who have worked and keep working for the club.

“It will be difficult for anyone to equal this.”