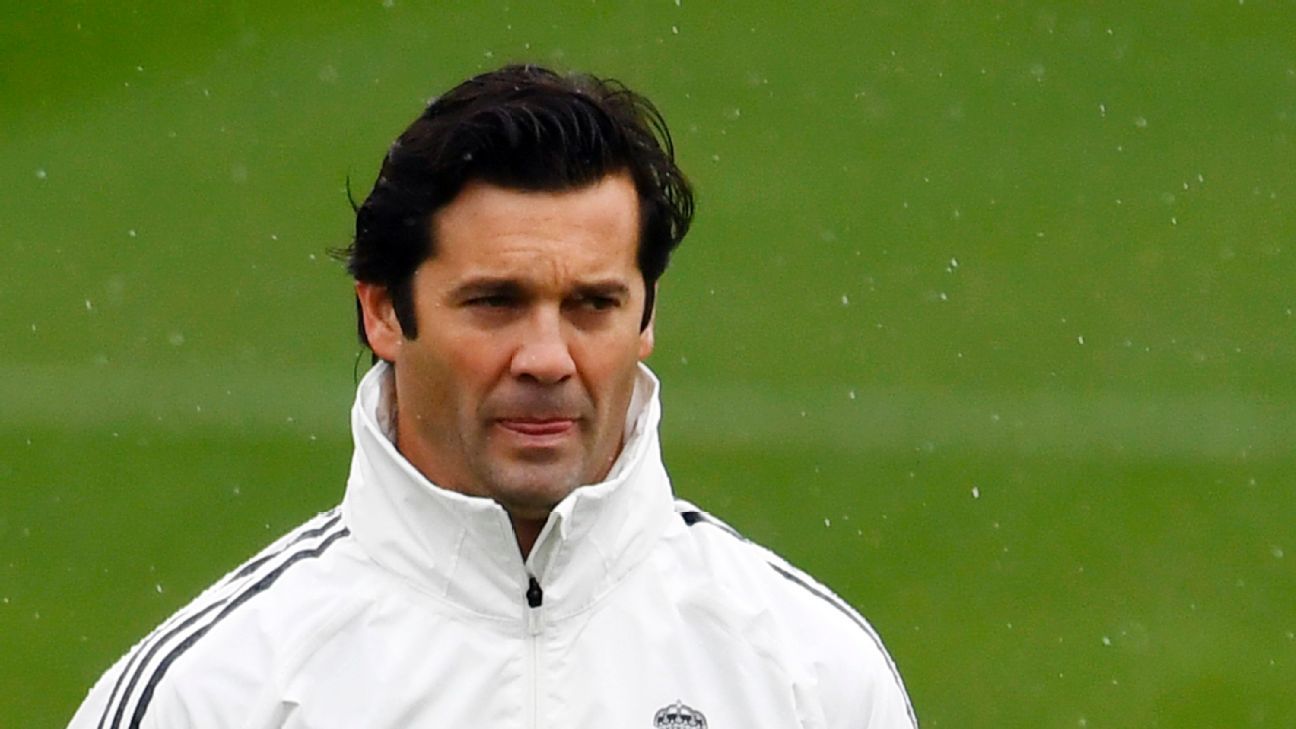 
Interim Real Madrid coach Santiago Solari used his first public appearance in the job to attempt to lift the gloom around the Bernabeu and call for the players to show “cojones” in bouncing back from the 5-1 Clasico defeat to Barcelona on Sunday.

Solari’s first test — after replacing Julen Lopetegui, who was sacked after six defeats in the opening 12 games of the season — will be in the first leg of the fourth-round Copa del Rey tie at third-tier Melilla on Wednesday and he expects full commitment from the players who feature.

“The idea is to go to Melilla tomorrow and [play well],” he said. “Tomorrow’s game is just as important as every other at this institution. We must always compete to win each one. It is just as simple and difficult as that.”

Solari, most recently the coach of Madrid’s Castilla reserve team, oversaw first-team training for the first time on Tuesday at the club’s Valdebebas training ground, which was dampened by drizzle and unusually quiet following Lopetegui’s sacking the evening before.

Spanish federation rules recommend that Solari can only act as interim coach for a maximum of two weeks, and club president Florentino Perez’s attempts to find a permanent replacement for Lopetegui have reportedly been frustrated by a breakdown in talks with former Chelsea manager Antonio Conte and the contracts of Belgium coach Roberto Martinez and Tottenham Hotspur manager Mauricio Pochettino.

“In life, everything is provisional, and even more in this profession,” Solari said on Tuesday. “Most important is the day to day, the commitment we put into everything we do. It is the same for the players. The important thing is what you do in each training session — each game, each move, each minute. That is the most important.”

Although Solari did not say he is interested in the job permanently, he did acknowledge he wants to show what he can do while in the role.

“I am very excited, very satisfied to be here,” he said. “To work at Real Madrid is a great opportunity — the most beautiful in any role. Madrid includes us in its greatness. It is bigger than all of us, but at the same time it includes us all.”

Taking just one point from their last five La Liga games, including the defeat at Barcelona, led to the decision to sack Lopetegui.

Solari called on Madrid’s underperforming players to show the kind of form that has seen them win the last three Champions League titles.

“This is a group of champions, warriors, who have won many things for this club,” Solari said. “They are united and want to win games again. The situation is not the easiest, but I see them very motivated to turn it around.

“This is a more delicate moment, but out of such moments, character emerges. They are hurting from this situation.”

Pogba out, Tchouameni in? Barcelona offered Man United midfielder
Barcelona haven’t given up on Erling Haaland move next summer
what every country needs in Europe
Has Solskjaer turned Man United around? And is he the right person to take the club forward?
Juventus seek late swoop for Barcelona’s Ansu Fati