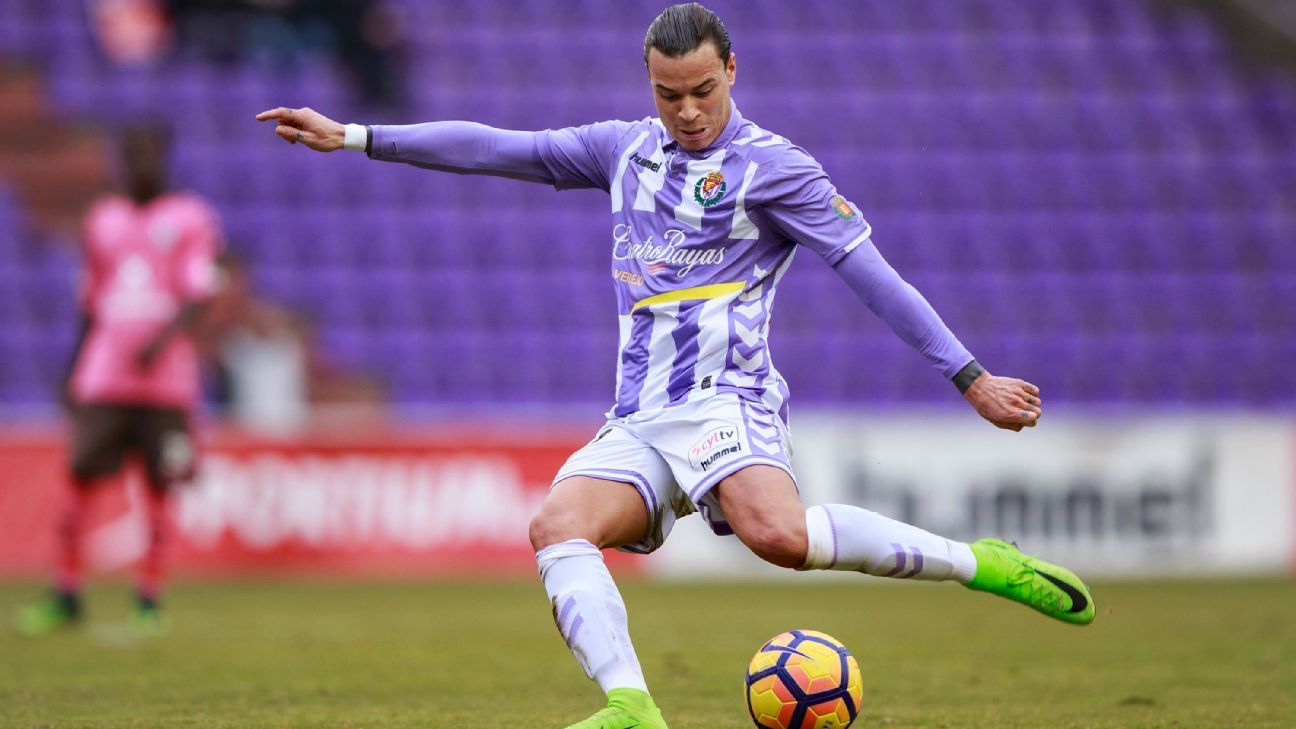 
Real Madrid striker Raul de Tomas has said he hopes his impressive form on loan at Rayo Vallecano will earn him a contract extension at the Bernabeu.

De Tomas, 23, is the second-top scorer in the Segunda Division with 20 league goals, having spent the previous two campaigns on loan at Cordoba and Real Valladolid.

“I’m a Real Madrid player until 2019,” he told Onda Cero radio. “My contract ends next year.

“We’ll see what happens, but it will depend on me and my performances. My dream would be to succeed at Madrid.

“I’ve been there since I was a boy, and that is the dream of every youth player.”

De Tomas, who has played at every level for Madrid and made his sole appearance for the first team in a 2014 Copa del Rey tie, has not ruled out staying at Rayo for a further season.

They are on course for promotion to La Liga, level on 64 points with leaders Sporting Gijon after 35 games.

“There are options to remain at Rayo for another season but Real Madrid has the last say,” De Tomas said.

“I’m very happy to be here. I’m going to try and finish as the top scorer in the division. It would be great to catch [Real Valladolid’s Jaime] Mata, but my aim is for Rayo to gain promotion.”