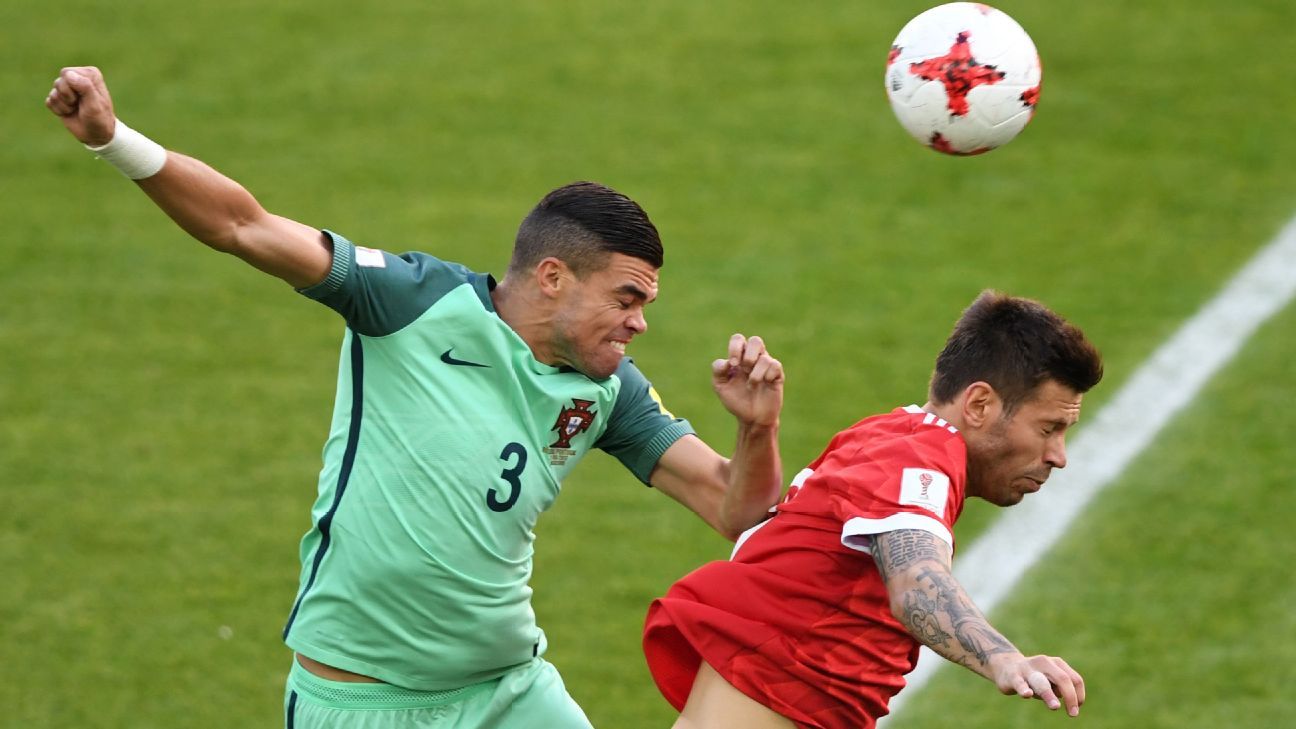 The Portugal international is still on Confederations Cup duty and will be until the third-placed playoff on Sunday, just two days before PSG coach Unai Emery and his non-international players report to Camp des Loges for preseason training, but the 34-year-old is close to signing a contract.

According to the source, Pepe has been in talks with Les Parisiens for some time over a potential move to Parc des Princes — before and after compatriot Antero Henrique’s arrival as sporting director.

However, it is mainly because of the former Porto man that this deal has been pushed to the brink of completion after the Portuguese transfer guru and Emery agreed the squad require greater experience and a stronger winning mentality.

The source said Pepe is set to sign a one-year contract with PSG, which includes an option for a second, and that the Ligue 1 giants’ medical staff have already examined the Brazil-born Portugal star’s troublesome knee.

Although he will go on holiday post-Confederations Cup, the former Maritimo and Porto man — who has won the Champions League three times as well as the 2016 European Championship among other titles — is almost certain to be Henrique’s first signing since he joined PSG at the start of June.

Another boost for the sporting director and the recently deposed former French champions is the news that Thiago Motta is set to extend his stay by one more campaign.

The source claimed that although there are still a few details left to be taken care of in terms of how the 34-year-old transitions into a staff role at the end of his proposed new deal — and which position he will occupy — the Brazil-born Italy international will prolong his playing career by one more term.

Motta’s contract extension should be taken care of by the end of the week, and along with Pepe, he will be the main source of experience in the dressing room.

Once Pepe and Motta are sorted, PSG’s next objective will be to lure Fabinho from French rivals and current champions Monaco to the capital.

The Brazil international is currently attracting interest from the likes of Manchester United but the source says the 23-year-old — who was has been a revelation with Les Monegasques under Leonardo Jardim since switching from right back to defensive midfield — has given his word to Henrique that he will hold out for a move to PSG.

Assuming Fabinho gets his wish, he will take over the deep-lying midfield role Motta has made vital to the team’s now trademark possession-based 4-3-3 formation, enabling Marco Verratti and Adrien Rabiot to occupy the more advanced berths with Blaise Matuidi likely to be moved on this summer.

Everton, Liverpool, VAR serve up Merseyside derby with everything … except fans
Cristiano Ronaldo adds shaved head to topknot, braids and highlights in the many phases of his hair
How a European Super League could happen and spell doom for the Champions League
Paris Saint-Germain, Juventus monitoring Sergio Ramos’ contract situation
Man United vs. Chelsea a reunion for former PSG stars Edinson Cavani, Thiago Silva